Half-duplex wireless: Is a tuned antenna more important for the transmitter or the receiver?

I intend for this to be a general/conceptual question that could apply to any wireless communication hardware, however I will use a specific example to talk about.

As shown above, the standard module uses a PCB antenna.

There is also a version that uses a screw-on omnidirecitonal antenna (AKA "whip"): 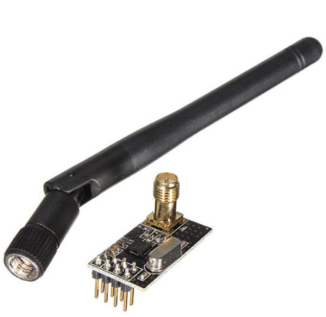 Let's say that a pair of PCB-antenna transceivers give a usable range of 10 meters.

Let's also assume a pair of whip antenna transceivers exhibit better range. (The common consensus I've read is that there is a noticeable improvement. Let's say it results in a range of 20 meters).

My question is about having a mixed pair of antennas for half-duplex (single direction) communication. What if one were the PCB antenna, and the other were the whip antenna... Which transceiver (transmitter vs receiver) should use which antenna? Would it even matter?

I'm interested from both a theoretical and practical standpoint, as they are often different. One extra variable I can think of is the orientation of the antennas.

I'm also open to alternate title suggestions from someone who knows better terminology.

If these were the only two devices in the world, and if the transmitter were ideal it would not matter.

However, neither is the case.

But even that is not the end of the story

Under ideal conditions it doesn't matter if the matching from receive/transmitter is equal. You may find that the matching circuit plays better with one or the other, it depends how the impedance matching network was optimized.

Sheet 33 of that datasheet is probably -not- what's on the module you have (at least in terms of parts values, if not circuit topology). You'll likely find that the radiation/orientation/antenna efficiency plays a bigger role in signal strength.

If you have an RSSI indicator on the chip you could setup up some tests, comparing transmit and receive characteristics for each antenna, but its likely to be a toss-up.

Not the answer you're looking for? Browse other questions tagged rf antenna wireless transceiver or ask your own question.