Surge or other suppressor I can use, to prevent tool blowing fuse if blade sticks [closed]

I want to say up front, that this question involves minor modification (transient surge/current suppression) to the power supply side of a power tool. Usually I'd be the last to do anything like this (and never have). But in this case, my basic knowledge of electronics suggests that a trivial component inline with or across the mains supply, would have a very beneficial effect - no opening or changing of the tool itself is intended or would be acceptable. I think "anti surge" plugs also exist that do what I'm after, to underline that it's a safe intention. With that, on to my question.....

I have a power tool. Actually it's one of these, a 2400W 230V rotary concrete saw. I've had one of this model for years, and it's robust and reliable, with one design flaw. If the blade happens to stick, it's handled safely, from a mechanical/safety perspective. But there's clearly some kind of suppression missing or skimped in the design, because it typically also blows the 13A amp mains fuse in the plug.

Since this doesn't happen that often and replacing a fuse is trivial, I've satisfied myself with just keeping a bag of 10 fuses to hand, and replacing if it happens. It's cheaper than any alternative, which is typically an extra £200 for more rigorously built brands such as Makita, Husqvarna and the like - and 230V saws of this kind aren't easily found, so it's a limited market.

But today it clearly stuck bigger than usual because the motor itself has, after 4 years, shorted out. Swap fuse, press start button, 1/2 a second spin and fuse consistently blows. Admittedly it was under heavy use, but still.

As the performance was good, and I never felt endangered by the occasional lapse in surge suppression (it stalled and blew the fuse but never in all that time "kicked" or showed other untoward behaviour), I've replaced it with another of the same. But I'm wondering if there is some kind of component I can put inline or across the supply, which would safely handle whatever happens when the engine seizes, so it doesn't blow fuses and perhaps even avoids burn out in future.

Is this possible to do safely? If so, what would one use?

What you are looking for is called an "electronic circuit breaker". Since it sounds like you're not qualified to design such a thing from scratch, it would probably be best to look for commercial products under that designation.

The key issue for you is that you need something that will allow the normal start-up surge of the saw, but trip on anything that exceeds that, such as getting the blade stuck. There might be a standard magenetic/thermal breaker that would work for you, but an all-electronic one would be adjustable to match the exact characteristics of your tool.

Even if the rate of "nuisance" trips remains about the same, it at least eliminates the need to continually buy one-time fuses.

The term "surge suppressor" is used to describe something that protects against a surge in VOLTAGE, i.e. a problem with the line voltage coming from your utility service. What you are talking about would be something that operates on CURRENT. The technology is called is a "Current Sensing Relay" (CSR), also sometimes called an "Electronic Shear Pin" because it functions similar to a mechanical shear pin, which was a sacrificial device put into a machine that was made to break first if something jammed, but was easy and cheap to replace. CSRs are used all the time on industrial machinery for this very reason. But a CSR will turn it OFF, not limit the current. Limiting the current while also allowing it to stay running, is possible but not practical because the only way to limit the current that a motor wants to draw is to reduce the voltage getting to it. In the case of a power tool like yours that uses what's called a "Universal Motor", that then also severely reduces the speed and in doing so, may create a bad situation with regard to your blade, which could be ruined in a matter of seconds at too slow of a speed.

I looked around a little and couldn't find a CSR that would be simple to just plug your tool into, but there are plenty out there that you could mount into a box and run wires to and from it. Most likely the reason they don't exist is that it is REALLY cheap and simple to just build that into the tool! Most cutting tools that I use either have it in the electrics, or use a mechanical equivalent. Often on circular blades like that it is a specially designed washer that will "slip" if the blade jams. Perhaps your cutter came with one and you didn't realize why it was there? This isn't exactly what yours probably looks like, but it shows the concept. The "blade washers" here are designed to only grip the blade tight enough to do the desired work, but if the blade jams, they let the shaft keep turning until you can react to remove your finger from the trigger. Maybe you didn't understand the importance and discarded them or lost them? maybe you are over tightening your lock nut? It shouldn't be blowing the fuses! 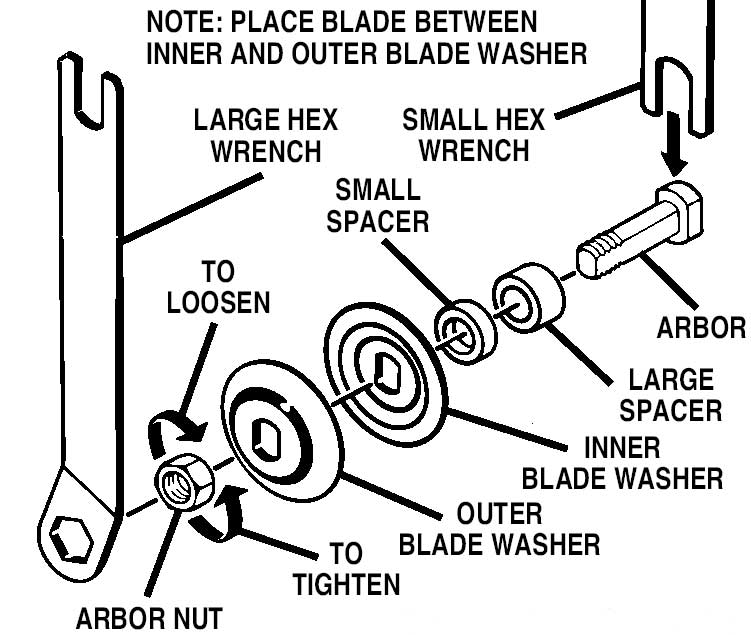 You can choose a 10 or 12A breaker and mount in a electric box with a socket and plug.

Not the answer you're looking for? Browse other questions tagged motor current-limiting surge-protection transient-suppression or ask your own question.