My design is a 3 phase inverter with:

I'm using only a single high and low MOSFET for some testing. 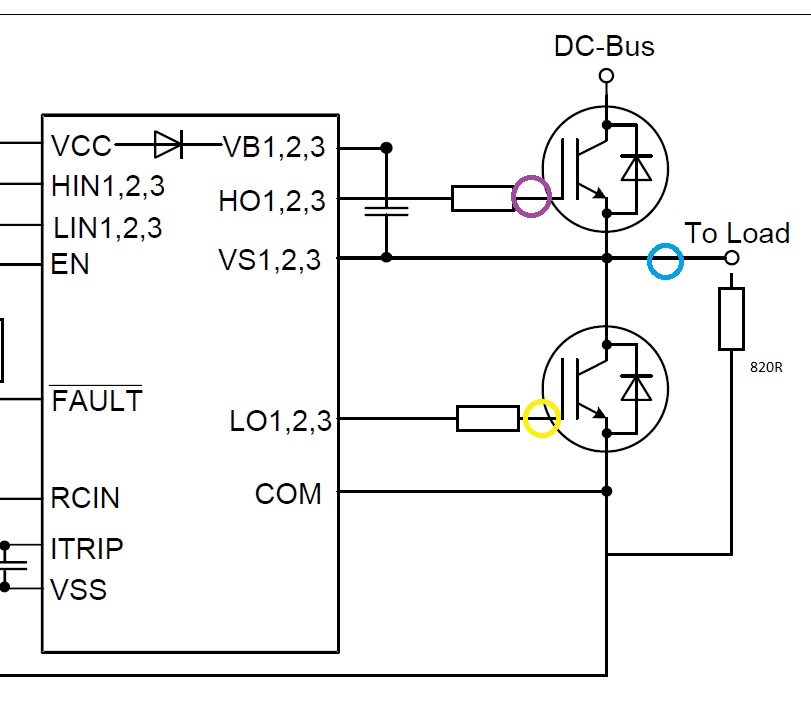 The specifics of the setup are:

The object of the test is to check the switching response of the MOSFETS. During the testing I found that the High side MOSFET appears to switch off, in that Vgs < Vth however there is still voltage on the phase terminal (to the load). This voltage decays over some 3uS.

What I'm trying to determine:

The scope capture is shown below: 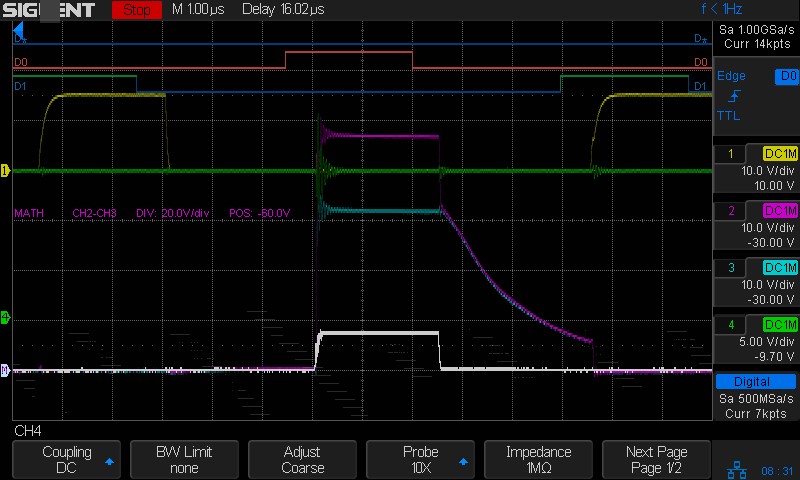 Specifics of the capture:

I've struggled to find almost anything on the web about this issue (specifically the transients that occur during switching). However I did find an Infineon application note

The image from the app note is appended below, and clearly shows the same conditions that I've encountered on page 10. It also shows the switching transients that I'm experiencing.

Browse other questions tagged mosfet inverter gate-driving high-side or ask your own question.