Why does the power strip's switch light turn on even when the switch is off when I plug in a Schuko plug (CEE 7/7)? 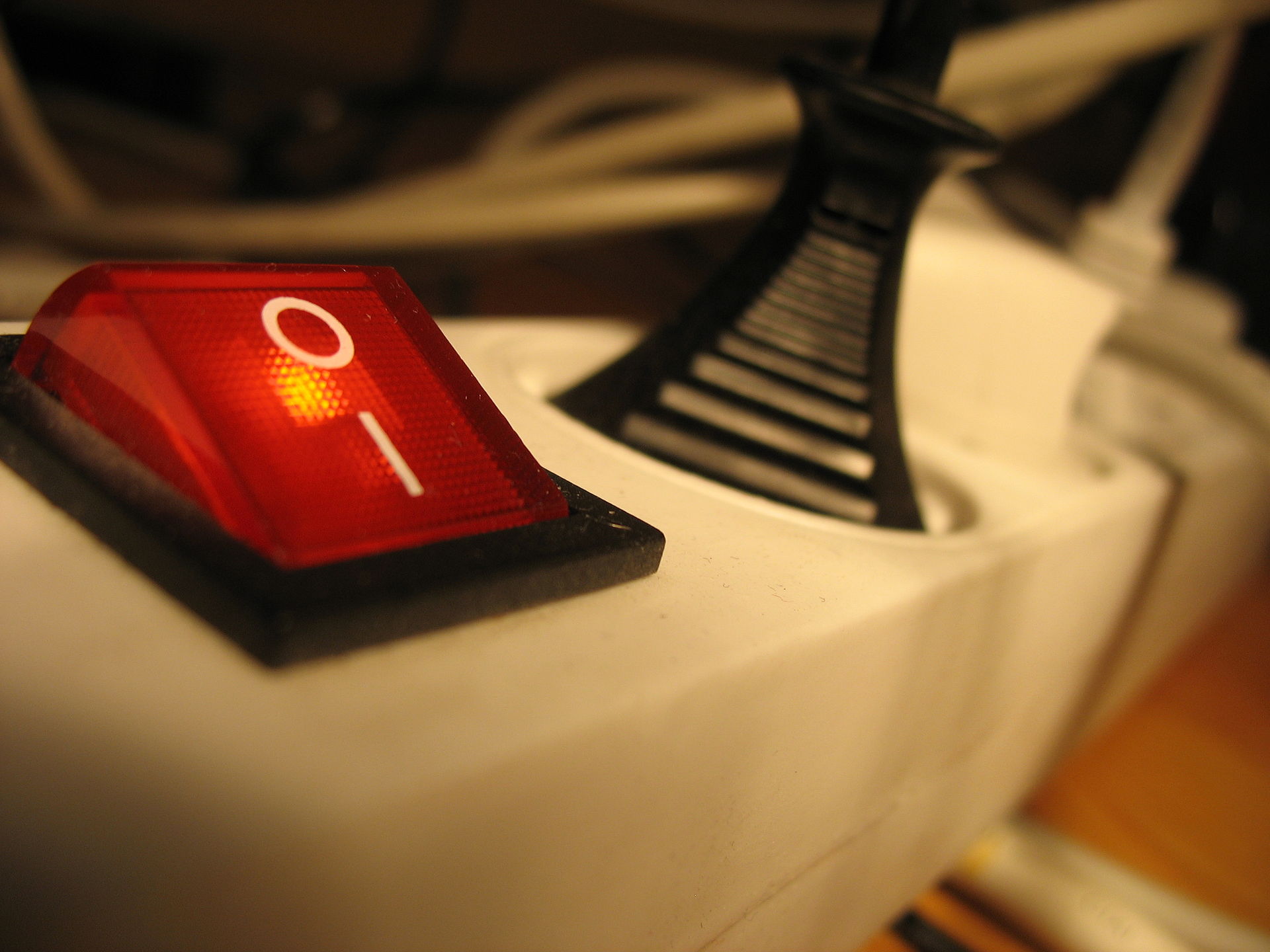 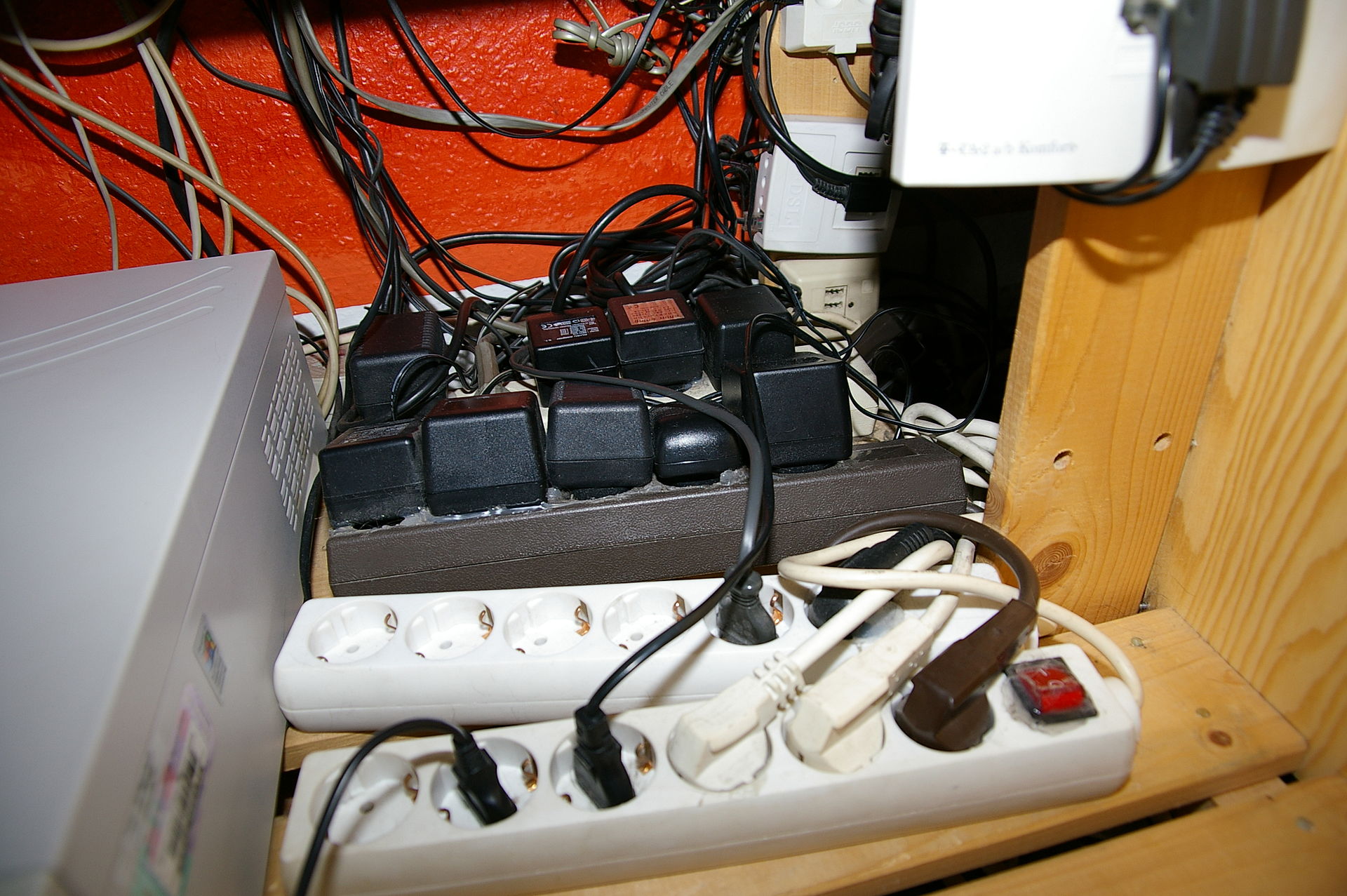 Mine has 3 Schuko sockets. I cannot open the power strip because it has round head carriage bolts with fastner-like threads(what's the name of their thread?) instead of screws.

Its Shucko plug (CEE 7/7 plug) is connected to a Shucko socket (CEE 7/3 socket) in the wall that has only one live wire (I've checked), which is the normal way things are here, and I'm pretty sure the ground is properly connected. Someone mentioned that's possible both wires can be live but this is not the case for me, that's why I mentioned this info.

The power strip and its light switch seem to work as intended, except when I connect my newly defunct washing machine (which stopped working during the last rinse cycle, for reasons yet to be determined).

The machine acts as if it's not receiving any power, however the power strip's light switch remains lit regardless of the power strip's switch's position (on or off) when (and only when) this washing machine's Schuko plug (CEE 7/7 plug) is connected to this power strip.

What and why could cause the power strip's light switch to light up even when the switch is in the off position ?

Connecting other plugs into the power strip do not cause the switch light to light up while in the off position! So there must be something that the defunct washing machine "does" internally that's causing this.

I've tried rotating the Schuko plug of the washing machine but the switch light still stays lit while in the off position.

UPDATE: I was able to take the following picture from inside the washing machine: 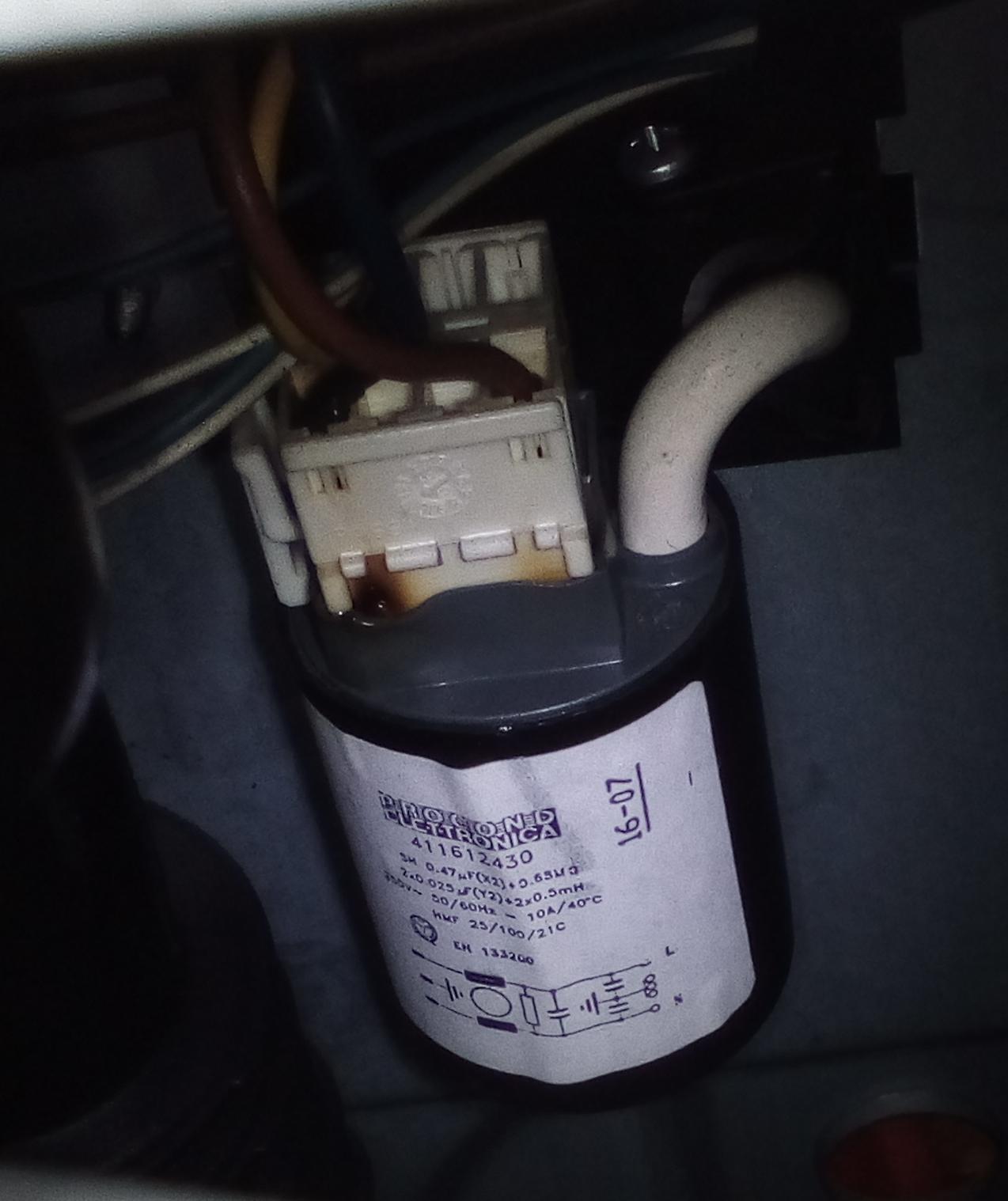 The white pipe-looking thing is the power cable.

EDIT: To get a clearer idea of how the above actually looks like, here are two pictures from somewhere else: 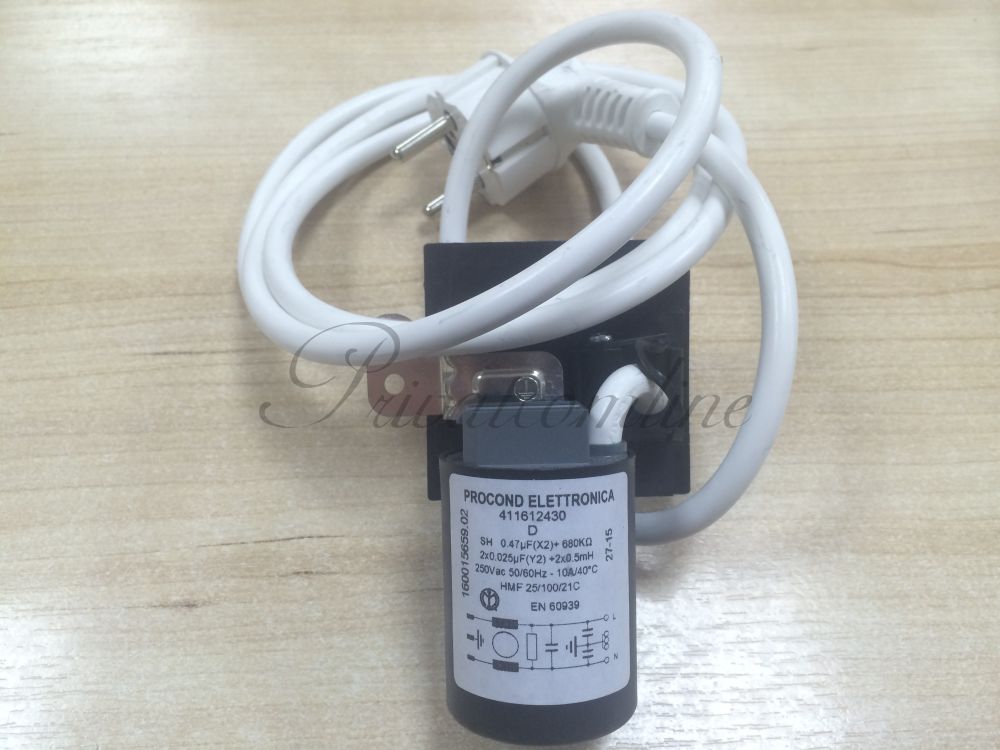 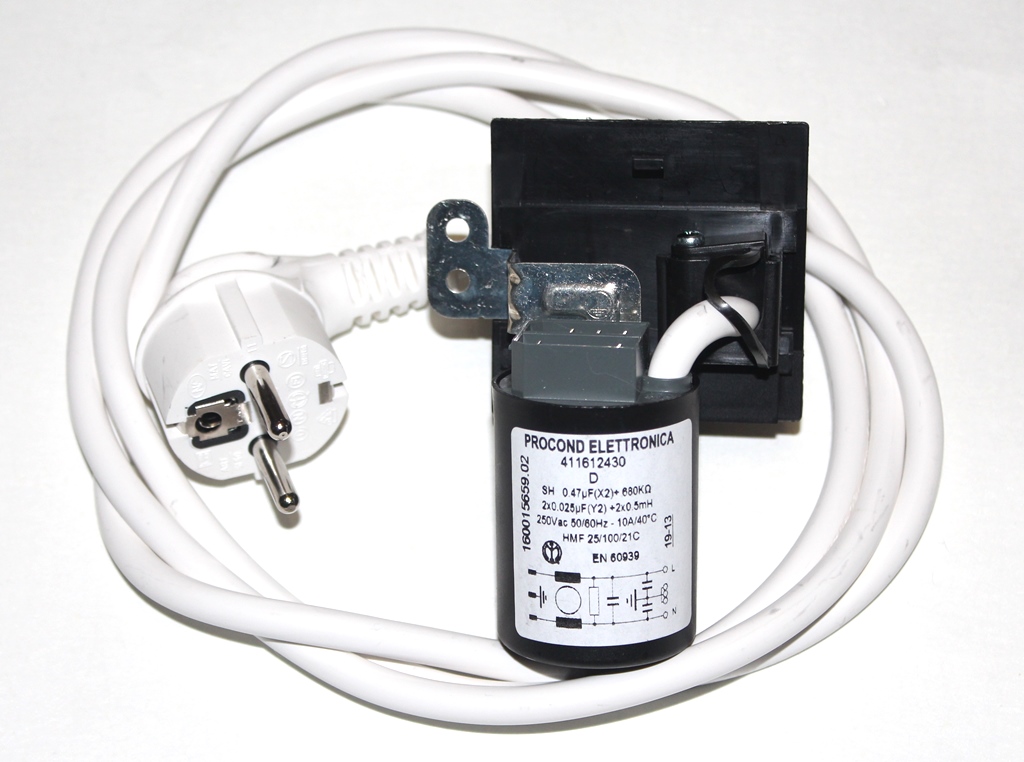 Apparently it's called a "Surge filter". So I can only infer that the way it broke makes the off position of the power strip switch's lamp light up.

Your washing machine probably has a ground fault. 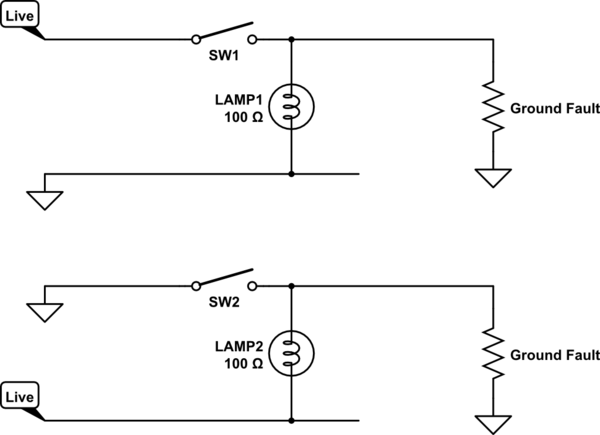 Based on reversing the plugs you can get these two situations:
- Top schematic: ideal situation, switched live.
- Bottom schematic: switched neutral. Ground fault in washing machine still lights up the indicator.

An RCD will probably trip when you close the switch. If the fault current is high enough.

Sidenote: washers and dryers are not supposed to go into powerbars. This is a fire hazard.

It could be that someone has wired the socket backwards (with neutral switched and live unswitched, then grounding the switched neutral (through the capacitance of the washing machine) will light the lamp

2
How can I power the blue LEDs separetely on this aquarium light?
0
Turn off power strip when another circuit is turned off
0
unexpected power supply behavior
4
Simple surge protection circuit for incandescent bulbs
5
CE-compliant Schuko mains power switch: do I need to switch both poles?
0
cutting a power plug