Confusion with interfacing a relay according to its given datasheet?

I'm confused about interpreting a datasheet to interface a relay. In my application, a solenoid-valve is going to be turned on every 30 minutes to drainage water periodically. The control signal will come form an Arduino digital output pin.

I have to use this model, and by reading the data sheet I am very confused how to interface it.

First of all there is this warning in the datasheet: 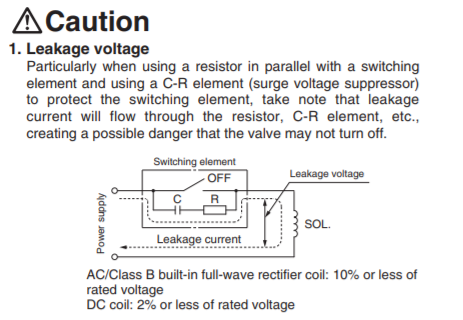 Unfortunately the model I have Z1D according to the data-sheet does not have surge protection. What is meant by that a TVS?

Here is the schematics I was planing to use to turn on and off the valve: 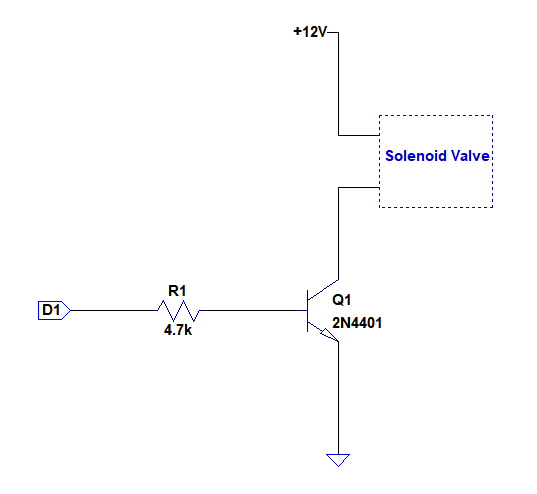 But I cant infer from the data-sheet whether I need a fly-back diode or not. I cant even find what is the input current the solenoid draws.

Is my schismatic adequate? How can I make this interfacing more robust according to the datasheet?

TVS means Transient Voltage Suppressor, it's a type of component.

You better put a flyback diode, it's cheap and at least you are covered.

The warning means to be careful of the leakage current of protection circuit you may put in serie with the valve.

Your circuit will work fine (with the Flyback diode).

The RC contact bypass is a snubber, since it bypasses the switch if the combination is low enough an AC control signal may pass enough current to keep the solenoid/valve energized even if the switch is open.

Insofar as the current requirement, the only specs I see that you can calculate that from are the VA ratings which which are for the purposes of DC VA(watts)=(current*voltage) so a 12V coil dissipating 9.5W yields a current of 1.26A. From sheet 5 you have a size 1 with a power consumption of 4.5W, so 12V/4.5I=0.375A

This determines the current the transistor or FET must switch -at a minimum- (the coil resistance will drop at lower temperatures, and even though self heating will bring the resistance back up, that takes a bit of time).

A 2N4401 has a maximum recommended operating Ic of 500mA, which to me is a bit close to 375mA. It also degrades the current gain (you have to push more current through the base to get the collector current to your desired value. For a 2N4401 it means about 50mA of base current to get that 500mA collector current. It also impacts the heat dissipation requirements.

We want to operate the NPN in saturation, so Vce is 0.75V at 500mA (it's higher than normal because we're operating close to the limit). multiply 0.75V by 500mA and you get about 375mW of power dissipation in the transistor, so you will want to heat sink it at least. A TO-92 plastic package by itself has poor thermal conductivity. You would be better off finding a TO-220 style package transistor, or get a clip-on heat sink (worse solution). If you add the nominal base current at saturation your dissipation goes up to about 400mW, and your TO-92 is around 80C in temperature (at the nominal thermal resistance of 200C/W per datasheet).

I would recommend picking another transistor.

2
Questions about a remote relay control application with a MOSFET