How to measure SD card data timing vs. clock

I'm doing EVT testing of our product and I want to measure the SD card data vs. clock timing to make sure we're inside the specs. We're using LS1043A that boots Linux (via U-Boot) from an SD card using SDIO mode - not SPI.

I want to measure the timings on both sides: at CPU (SD → CPU) and at SD (CPU → SD), but I don't know the direction of data on the four data pins. E.g., when taking measurements at the SD side I have no idea whether I'm seeing data out (CPU reading) or data in (CPU writing) on the scope and I need to know because there are different setup and hold times for both. The CPU output also needs to be measured against the clock's falling edge according to the LS1043 datasheet. 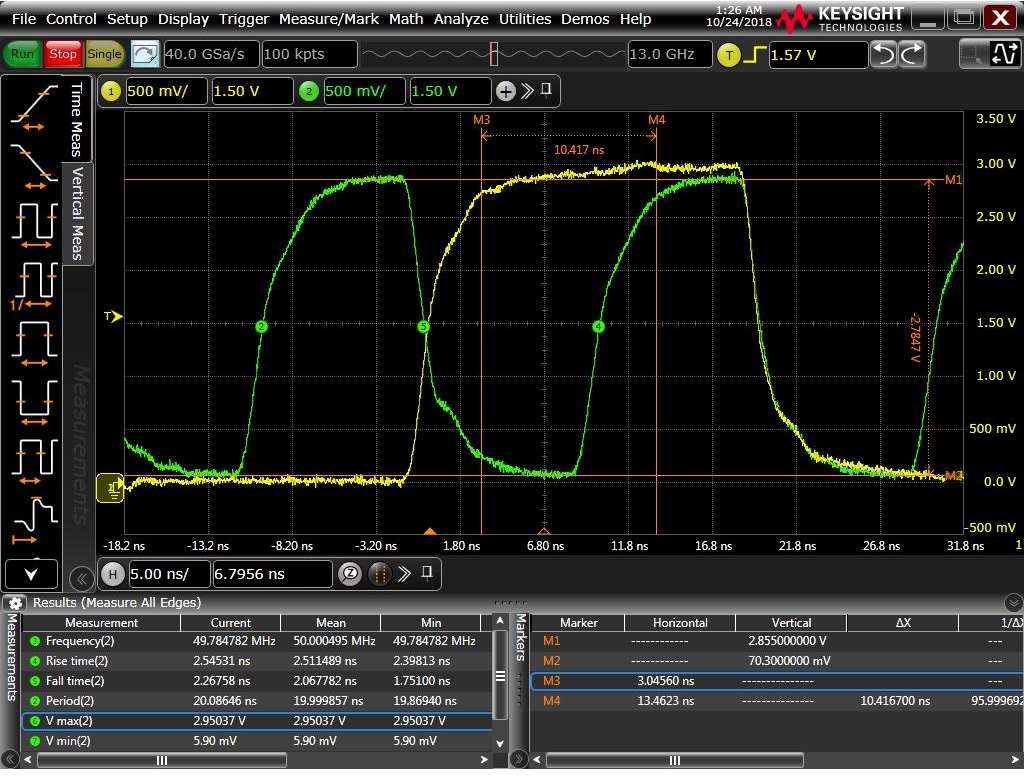 So how do I know the direction of data? Is there a command I can use to explicitly read/write from/to SD card? I found mmc write, would that work?

Browse other questions tagged sd timing or ask your own question.