How would I use an oscilloscope to measure sound signals? [closed]

I want to detect an audio frequency, something about 10 kHz in order to observe the doppler effect. How would I do it? Do you guys have any recommended reading about it?

you need a capacitor microphone and some parts on a circuit like this: 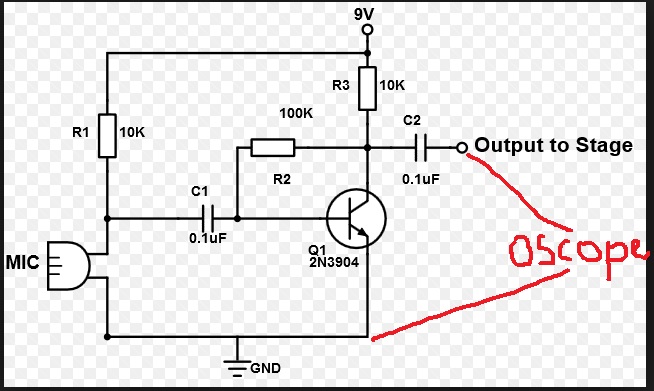 You'll need a microphone and a preamp. You can make or buy if one is not available. There are cheap preamp modules available and little boxes. SSM2167 is one preamp chip. Another one (Sparkfun BOB-12758) is easily available (at least in North America) overnight and includes an electret mike.

Choosing a high audio frequency is key, since audio doppler effect is small. But the transducers you choose influence optimum frequency, since some have poor response at higher frequency. Selecting appropriate transducers, and having a capable oscilloscope makes this project easy.

The piezo on hand is not optimum (not quite as shown below). Its plastic shell resonates at 3.596 kHz, which is where this experiment was conducted. The piezo was connected directly to one oscilloscope input, and provided ample signal amplitude. Its resonance adequately filtered out room noise: 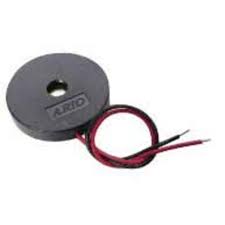 Function generator drives the electrodynamic loudspeaker directly with a sine wave (annoyingly loud) at the resonant frequency of the piezo transducer: 3.596 kHz. The piezo provides adequate voltage amplitude to make measurements on the oscilloscope, even at 1 meter separation from the loudspeaker. The piezo is small enough that it can be moved closer or further from the loudspeaker - oscilloscope probe lead is long enough and flexible enough as well.

simulate this circuit – Schematic created using CircuitLab
Oscilloscope set-up is key to seeing, or measuring the doppler effect. The change in frequency is not large as the piezo moves. Trigger level was set to DC, and carefully adjusted to 0V, where the sine wave crosses the axis. AC trigger is probably good too. Trigger source was from the piezo (CH2).
To see the small change in wavelength that doppler produces, sweep speed was set to 20 us/div. This gives decent time resolution.
Now here's the critical part: This oscilloscope allows display of the waveform well after the trigger point. Horizontal position was set so that the trigger point was 10.00 milliseconds before the display center. That means nearly 36 cycles are not displayed (they are invisible, off to the left side) in the following plot. Waveform display persistence has been set to one second, so that variations of the sinewave period are visible. This is really not necessary, you may be able to judge these variations by eye: 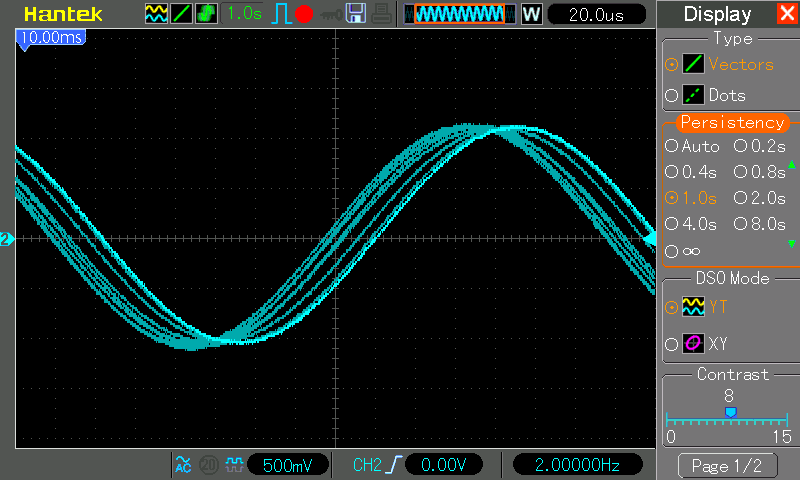 If the piezo is held motionless 20 cm away from the speaker, a single sinewave is visible, with no variation in period. As the piezo is moved closer or further, the period changes (shorter, or longer). This oscilloscope plot shows period variation of about 28 microseconds. This resulted from moving the piezo an estimated +/- 0.2 m/s. That's due to doppler. (My ears are still ringing).

You can use a mixer, homodyning the return signal (which has some tiny Doppler shift) with the transmitted signal.

Assuming the Mixer output is DCcoupled (the NE602 active mixer is DCcoupled), you will notice some change in the (differential) output voltages as your target moves.

If you have large Dopper shift, you will see beatnotes from the Mixer, not just shifts in voltage.