What is the best way to mount a LiPo battery in a project box?

If you were going to use a LiPo battery such as this one: 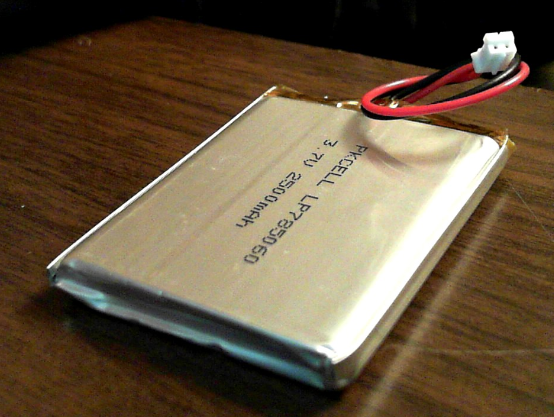 . . . and needed to mount it safely and securely inside a project box similar to what is pictured below what best way to achieve that? 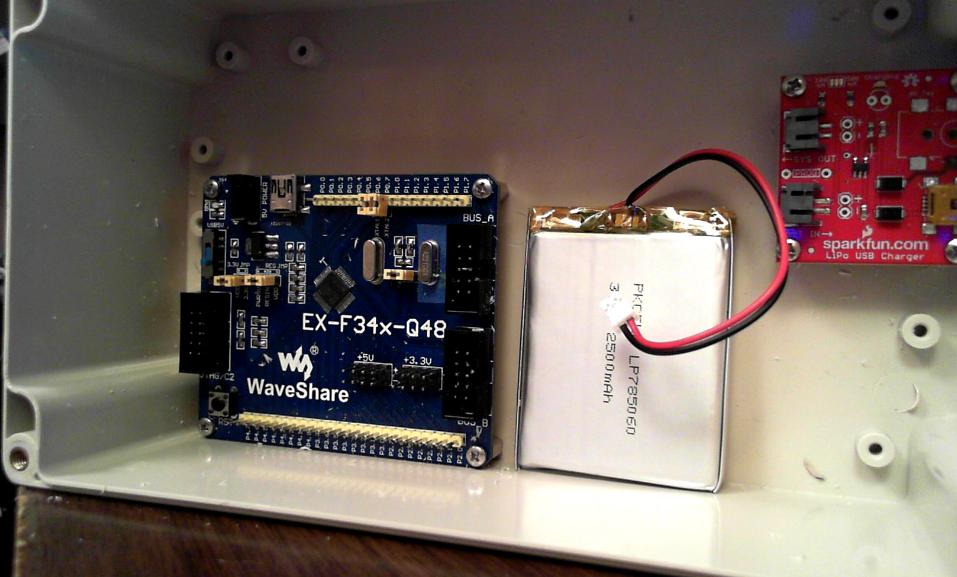 The datasheet for the entire line of VHB tapes is here. Page 7 shows the electrical characteristics. It's not cheap, but you can get some from Amazon for about $12 USD.

Don't use it if you want to remove the battery later. I spent a lot of time with safety glasses and an X-Acto knife cutting a LiPo free from VHB, and I'll never do it again. LiPo's shouldn't be bent, pierced, or punctured.

For a removeable solution, I like the Velcro idea mentioned by @Linkyyy in the comments.

As an aside, once I took some home and taped a pewter key hook to my wall. A year layer, when I tried to remove it, the paint and sheetrock tore away before the VHB! Nothing like a little quick spackling as you leave :)

On this project I ended up mounting the LiPo battery by making some ABS plastic pieces out of 3/8 inch ABS sheet material. I first cut a corner off the plastic as shown in the left of the picture below using a router table. Then cut strips off the plastic sheet with a table saw.

After cutting the strips into short lengths to match length and width of the LiPo battery I then drilled and tapped threads up into the strips for #4 sized thread. These were then mounted through the base of the project box using #4 flat head machine screws (see green portion in left part of picture).

The right side of the picture shows how the battery was captured between the strips. Replacement, if ever necessary, is as simple as removing some screws and removing some of the plastic hold down strips.

Note that the hold down flange of the plastic strips was sized so that it does not put any pressure on the LiPo cell when it is all fastened together and yet the cell does not move around.

Not the answer you're looking for? Browse other questions tagged batteries lipo enclosure or ask your own question.