Whenever 1.5 A flows the BC547 turns ON and the gate of MOSFET gets turned off (Vgs less than Vth).

But our problem is source of MOSFET provide a voltage and MOSFET getting over heated.

Can someone provide a solution for this? 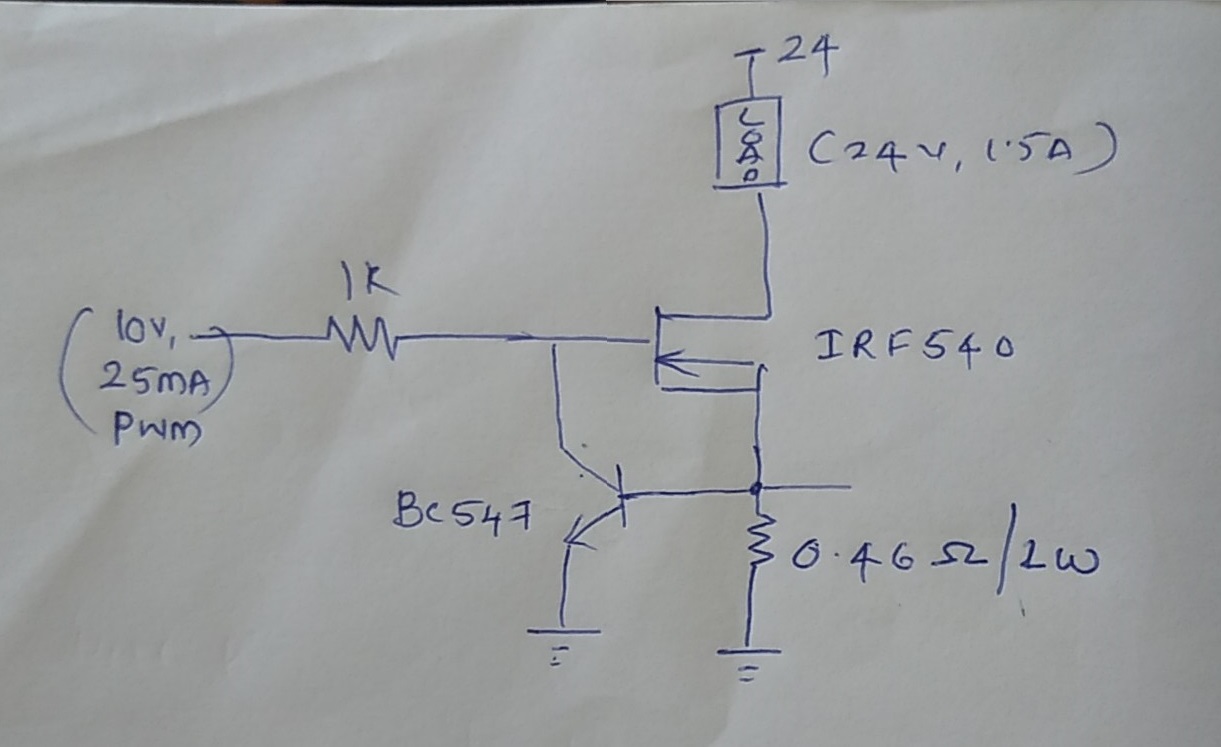 Your circuit is in fact a current regulator: it won't let the current exceed the threshold, but it will never cut off the load in case of over-current. And power MOSFETs make very poor linear regulators because they tend to go into thermal runaway and die.

Another form of protection is to install a polyfuse in series with the load: polyfuses have the latch-up behaviour built-in. Getting back into a working state would require power-down and cooldown delay, so it's a less flexible solution.

You have built a current limiting circuit.

For example, if you reduce RL to 12 Ω then 2 A would flow if your current limiter was not in place. What should happen is:

This is always the problem with linear voltage and current regulators. The excess power is burned off as heat. You will need to heatsink the MOSFET properly and make sure that it is rated for this power.

Not the answer you're looking for? Browse other questions tagged mosfet npn short-circuit current-sensing or ask your own question.

9
Driving LED strip from microcontroller
4
MOSFET Oscillations when bringing gate to same potential as drain
0
Switching and sense circuit
1
Current sense amplifier working principle
0
Current Sense circuit with digitally programmable gain
4
Solution for how to drive a P-Channel MOSFET when Gate/Source voltage is too low?
0
MOSFET as a switch failed after 200k cycles - root cause?
0
Power dissipation on mosfet with PWM and current regulation