I have been following a lecture on net about a two stage amplifier example. It is basically a BJT amplifier with a PNP emitter follower as shown below. I named some of the nodes for clarity: 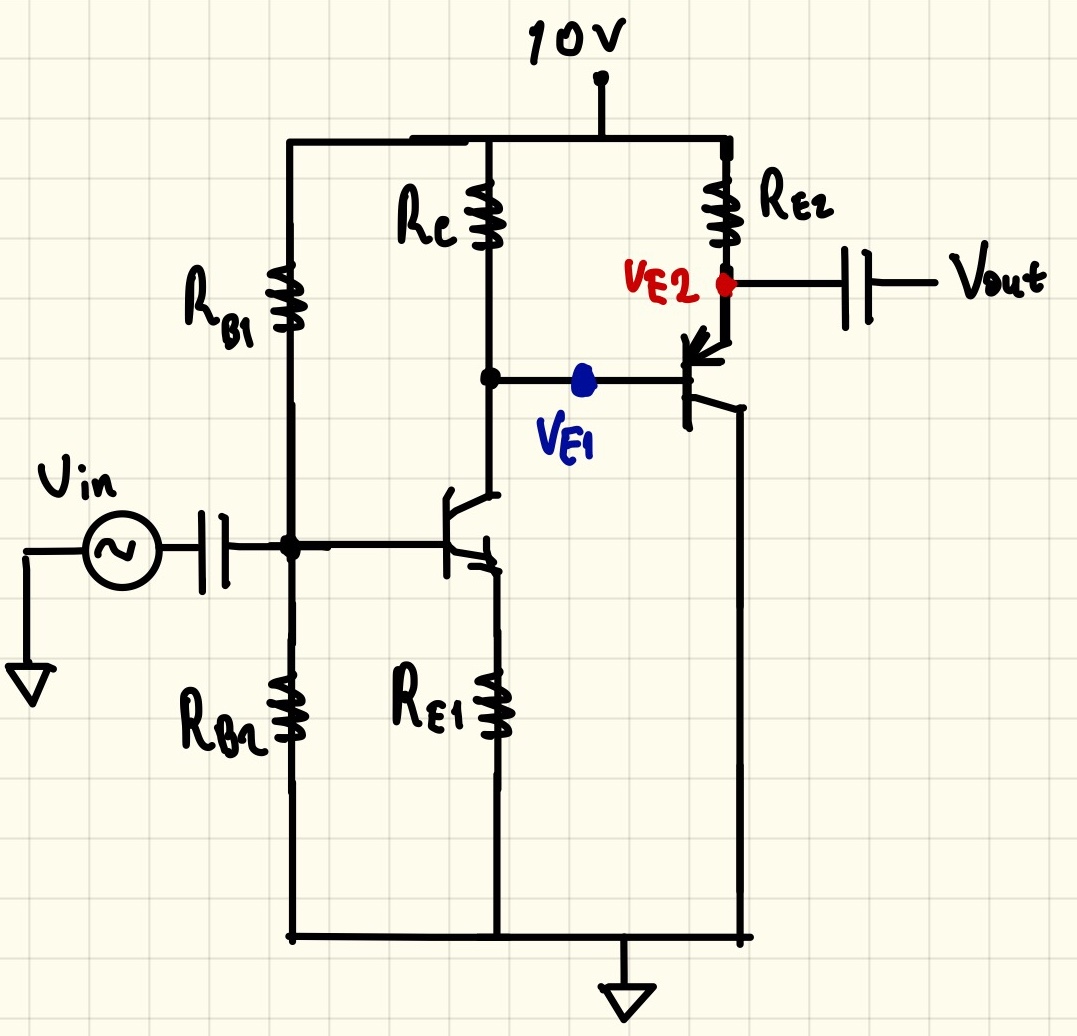 The design restrictions in the example of the video lecture are Ie2 = 2mA and Ic = 1mA and the absolute gain is 5 which means |Rc/Re1| = 5.

The lecturer starts designing this amplifier from the very right side setting Ve2 to 5V for max swing.

So far so good, then he tries to set Ve1 for maximum swing as well and he sets Ve1 to 5V as well.

I'm stuck at that point, If Ve1 and Ve2 is both 5V how come the PNP transistor goes to active region?

Basically my question is: Is Ve1 dependent on Ve2? Or is Ve2 dependent to Ve1? Will one of them fix the other one's voltage? Which one controls the other?

Because otherwise setting both to 5V doesn't make sense in design process to me. I'm very confused about it, would appreciate any clarification.

The video lecture is a bit long but in case here is the link: