I am trying to find the output resistance \$Rout\$ of this circuit consisting of 3 n-type MOSFETs. 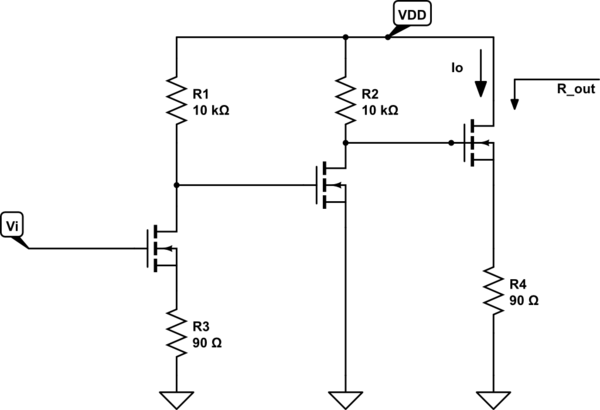 The given answers to the question are to use a small-signal equivalent circuit and then just use \$Rout=R_4+R_o=100.09 k\Omega\$

The method I used was different but also uses a small-signal equivalent. My working is shown below and I get an answer of \$136.09 k\Omega\$

The equivalent MOSFET circuit has a voltage-dependent current source. I was always taught that to find the effective resistance when a dependent source is present, you can't simply add/shunt resistances together, you have to 'excite' the circuit with a voltage/current source and measure the resulting current/voltage from that source.

A quick explanation of my method: I first set input voltage to zero and 'excite' the circuit with a 1A source between VDD and the drain of the 3rd MOSFET since this is where the R_out arrow points between. The first two MOSFETs do nothing and then R_out is equal to the voltage across the 1A source divided by 1A which is just the voltage at the 3rd MOSFET drain. I then just do nodal analysis on the drain and source nodes to find the drain voltage. Note: I accidentally wrote R_out as R_o in my working.

I also simulated my circuit in PSPICE which resulted in the same drain voltage as in my answer.

Which answer is correct and if I'm wrong, where am I going wrong? Thanks for any help. 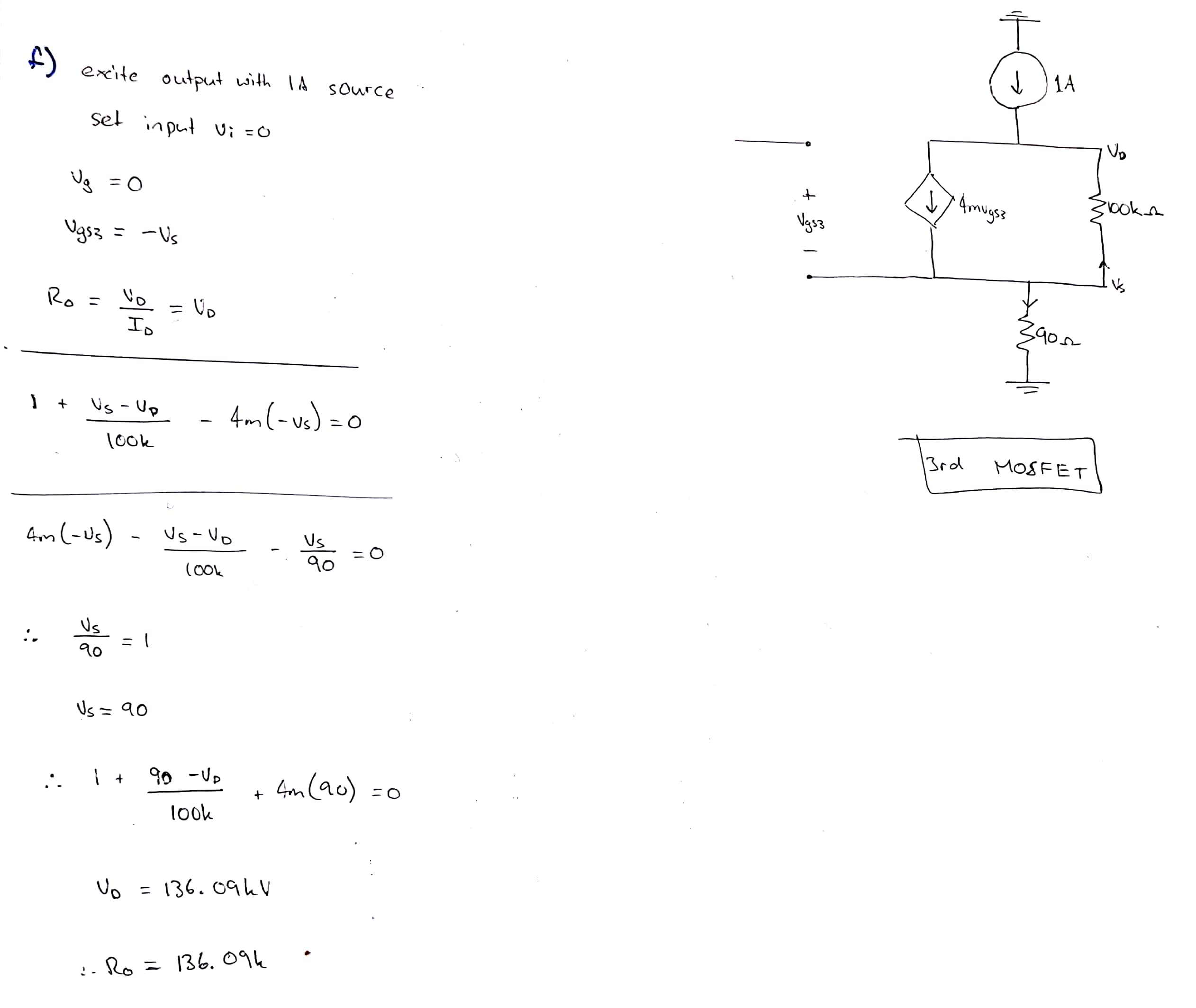 Probably the correct way to draw your circuit is by connecting the tops of the 10 k drain resistors together and to ground, as I assume they are in fact connected to the VDD rail, which however has no place in a small signal model and should be considered as ground. The output should be totally disconnected and rather be connected to the output terminal where the load goes, as now it is short circuited to ground (for AC). Also, g is expressed in \$ (m)A/V \$, not \$ (m)A/V^2 \$.

Now I want to know exactly what is the case, and will try to calculate open output voltage and short-circuited output current in the presence of input signal \$V_i\$ and divide the two in order to get the output impedance.

So in LTSpice I drew the original circuit in a small-signal representation which is void of all things DC, and this is what it looks like: 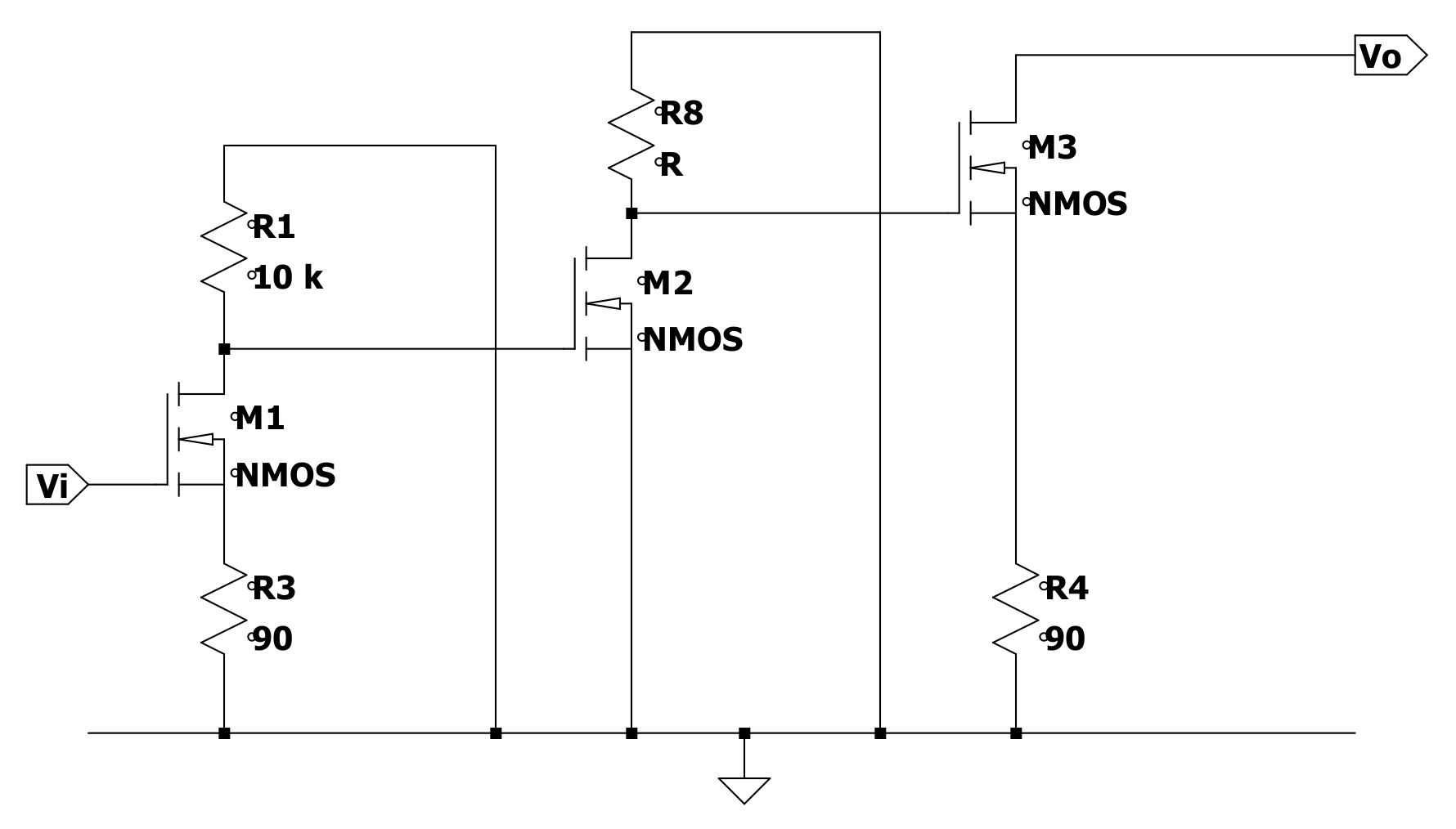 and in this representation we can replace the current sources and internal resistances with voltage sources as in the picture below: 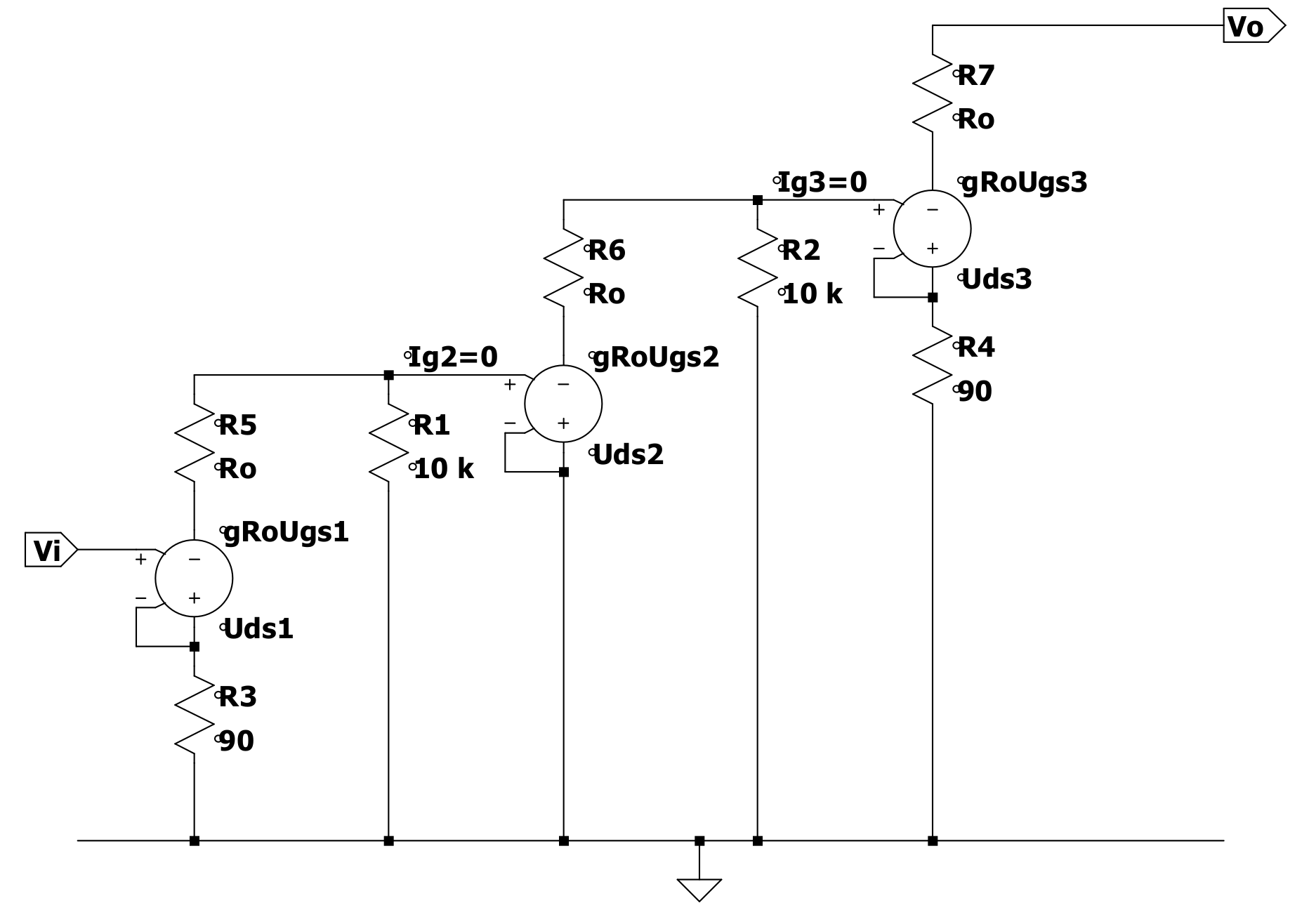 Due to the negative feedback at the source, the output impedance will be always higher than the sum of RDS and the RS, where the latter is the resistance at the source. In this case, the loop gain is relatively small (gm*R4=0.36), that's why the modest increase in comparison to a bare MOSFET.

Not the answer you're looking for? Browse other questions tagged mosfet resistance output homework or ask your own question.