Ok, it may be related to the adhesive I'm using to glue the toroids on the 3D prints.. I'll wait till tomorrow for it to cure and test again..

I'm trying to build a portable/battery powered core rope ROM after successfully having built a "desktop" one.

This is the device I built: 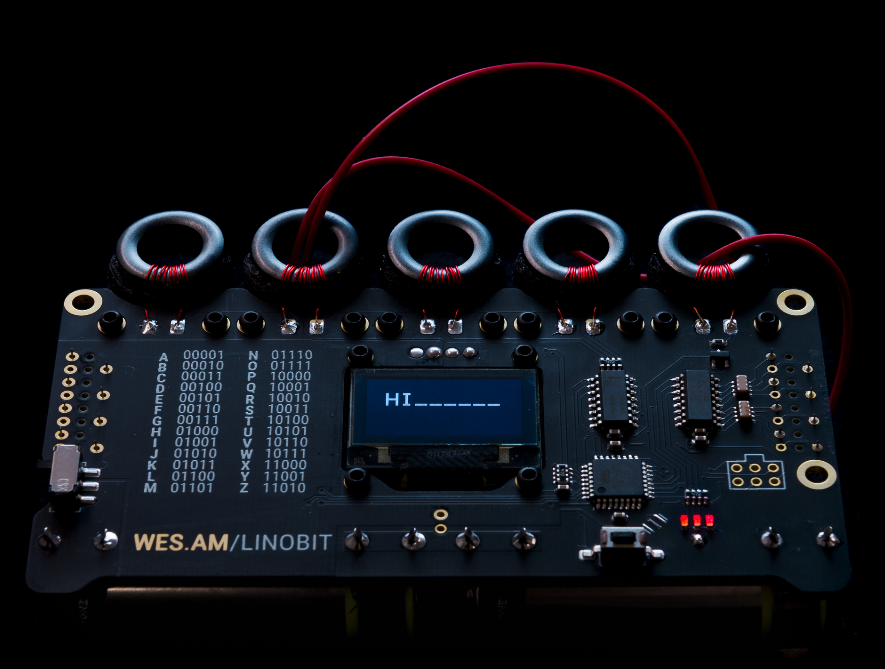 I'm having trouble however with the waveforms of the transformers when the 2 AA batteries start to drain, with just one or two transformers it works fine until 2.5V and even less, but in the case of the following set of transformers at 3V already the one with the blue line does not trigger the latch (ch 4 on the scope). 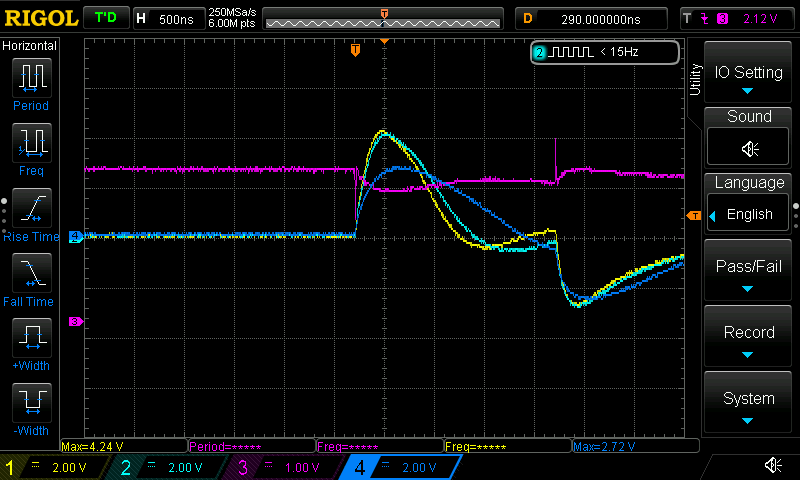 I've been empirically swapping toroids with more or less windings to see how well I can get it to work at lower voltages but now I'm just plainly confused because the three transformers shown on the scope shot are made from the same toroids(datasheet), with the same amount of windings. I'd understand if there was a bit of variation (i.e. maybe I counted the windings wrong or there is some fabrication tolerance) but this waveform is just way too different. I wound a new one and it had the same lower waveform, however if I swap a "good" toroid with a "bad" one in position, the waveform follows the toroid. So I guess it is something related to the winding or material of the toroid.

These are the 3D prints that the toroids are glued on: 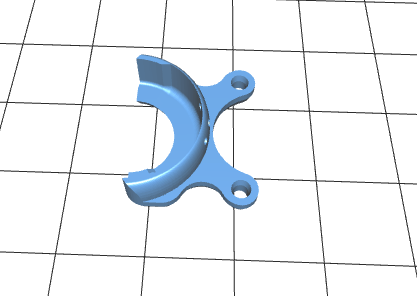 Here follows a block diagram of the system that produced these waveforms: 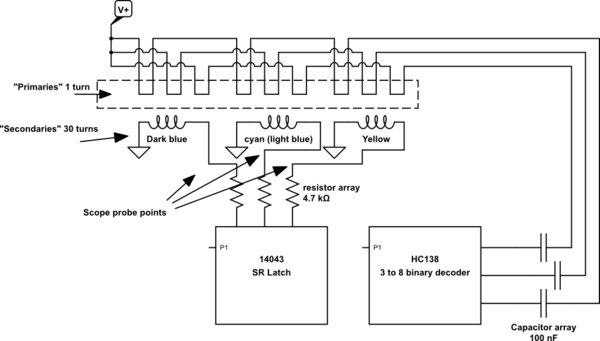 p.s.: this just wasn't a problem on the desktop version because I could drive them a lot harder since parts count and power weren't issues

(I think answering it myself is better than deleting the question or leaving it unanswered, so here it goes. If anyone has a better explanation I'll gladly accept the answer.)

TLDR: I had just glued that toroid in particular and the uncured glue changed the characteristics of the transformer.

About 18hrs later, this is how the waveforms look like: 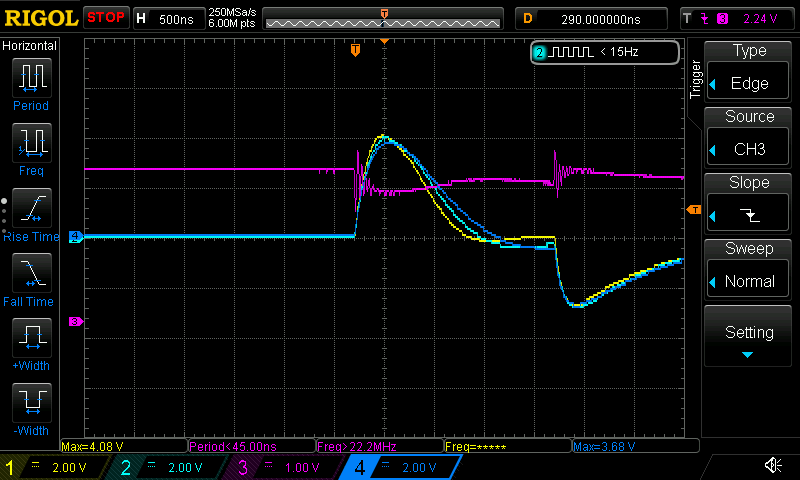 Turns out, as I am testing different toroids, I had just wound and glued one to a 3D print with UHU all purpose glue. As it still had not cured and was still quite liquid, I believe it changed the overall characteristics of the transformer.

I realized this could be the case when I was moving the board around and when my hand got close to one of the "good" transformers, its waveform had changed. Then I remembered that the glue was still "liquid" on the "bad" transformer. Facepalm.

Not the answer you're looking for? Browse other questions tagged transformer inductor battery-operated toroidal toroid or ask your own question.