Can I use these normal IR Photo-Diodes for long range laser communications?

This is my first time working with lasers, I made a data transmission system with a laser using normal components, and now I would like to change It to a very long range system (~2-3 KM).

My question is, would I be able to use these cheap IR photodiodes: Link

if I use a very powerful laser Such as > 5-watt laser? If not do you have any recommendations for a photodiode for the range I specified?

The current though the diode is proportional to the intensity of the light on the diode. in your case we have a 808nm laser, lets round that to 800nm for simplicity. For your requirement there are a lot of variables to take into account such as environmental factors, background radiation etc. 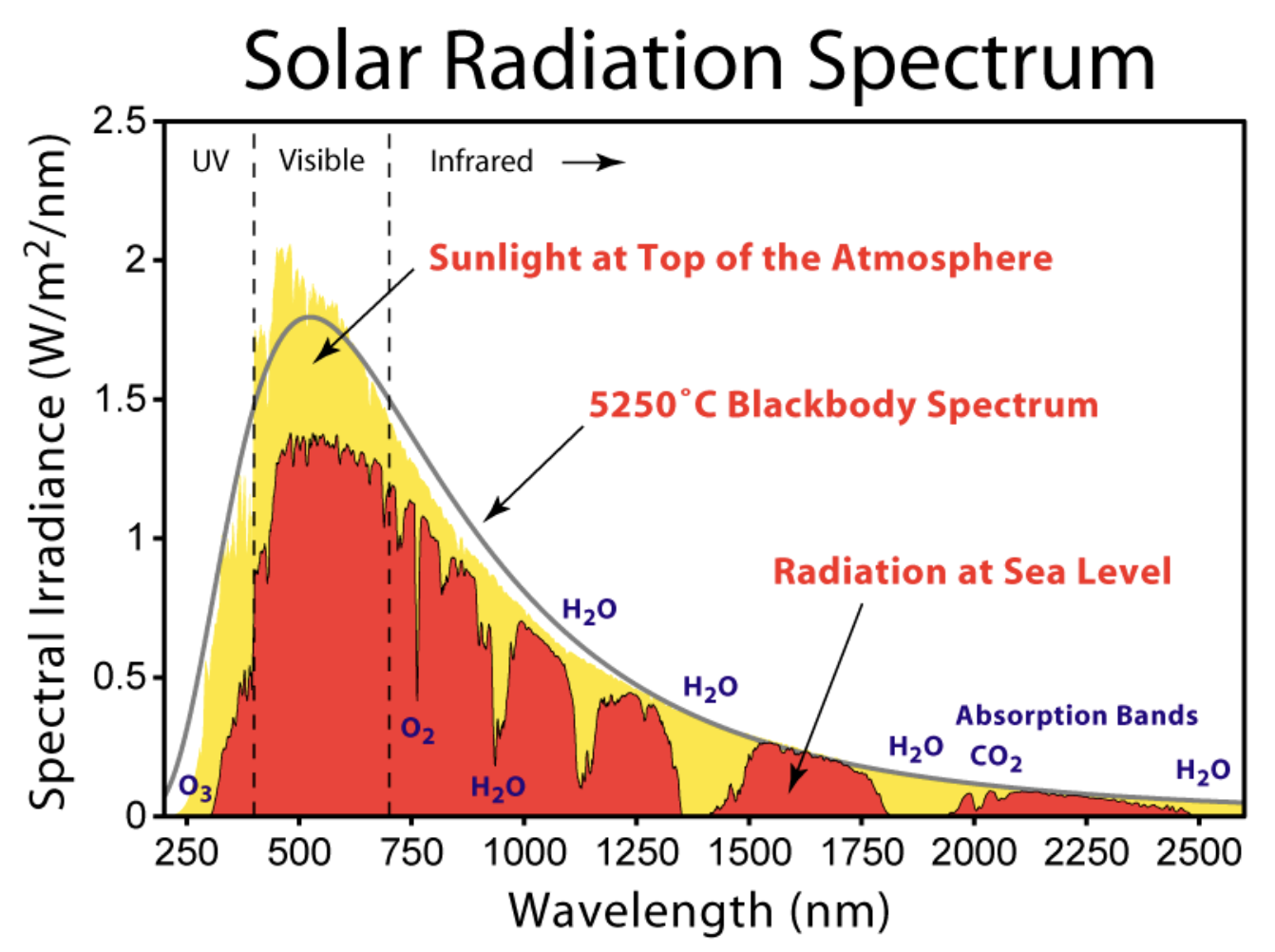 Here is the relevant graphs from the data sheet:

From our data sheet we can see that peak response is at 940nm so your 800nm laser will have a relative intensity of about 0.3 (quite low, I would suggest getting closer to that 940nm mark)

lets say we are converting current to voltage with a resistor and op-amp. set our logic threshold to everything above 1V is logical 1, everything below 1 is logical 0. lets say that our system turns 50uA of current though the diode into 1V output with a simple resistor and op-amp with a gain of 20000. This means that the diode will need to receive 1.1mW/cm^2 of 940nm light, but will need 3.67mW/cm^2 from your 800nm laser.

lets say that you're going to be transmitting in clear conditions over 2km with negligible weather conditions (you're traveling down the rabbit hole of optical comms, SNR and environmental effects) but lets assume that your laser pulse is 50% as intense when it arrives so you're going to need at least a 7.4mW laser. I feel I have approximated too broadly there and the actual required power is going to be possibly orders of magnitude higher, but the premise is the same. you will need to take that 3.7mW received power and work backwards taking into account how the light diffuses and spreads as it travels and what the effects the environment will have on the light pulse. Maybe other commenters can expand on these effects.

I don't know much about optical comms, but I'm assuming that real laser or optical communication systems are finely tuned to specific frequencies so finding a diode with a narrow response and a laser with a tightly matching wavelength will be very important for signal integrity.

Not the answer you're looking for? Browse other questions tagged laser or ask your own question.

8
Laser related questions
1
How might I find the pinouts for a bluray laser assembly, or figure it out in the absence of one?
7
Trouble deciding on how to build a LiDAR system for 2D and/or 3D mapping
0
High speed laser sensing?
0
Is there a digital input that registers light? / Can only ADC pins register signals from an LDR?
5
Wrong Sign in the Output of 80MHz Transimpedance Amplifier
2
Laser power necessary to cut/etch paper
3
Improving the quality of an optical audio transmitter
1
Laser Microphone setup