I'm trying to figure out the resistance of a burnt resistor in the PCB of a Hoover FD22G 011 (a cordless vacuum cleaner, with rotating brush; should be the same as the Deik ZB1516, which is the actual code on the PCB). 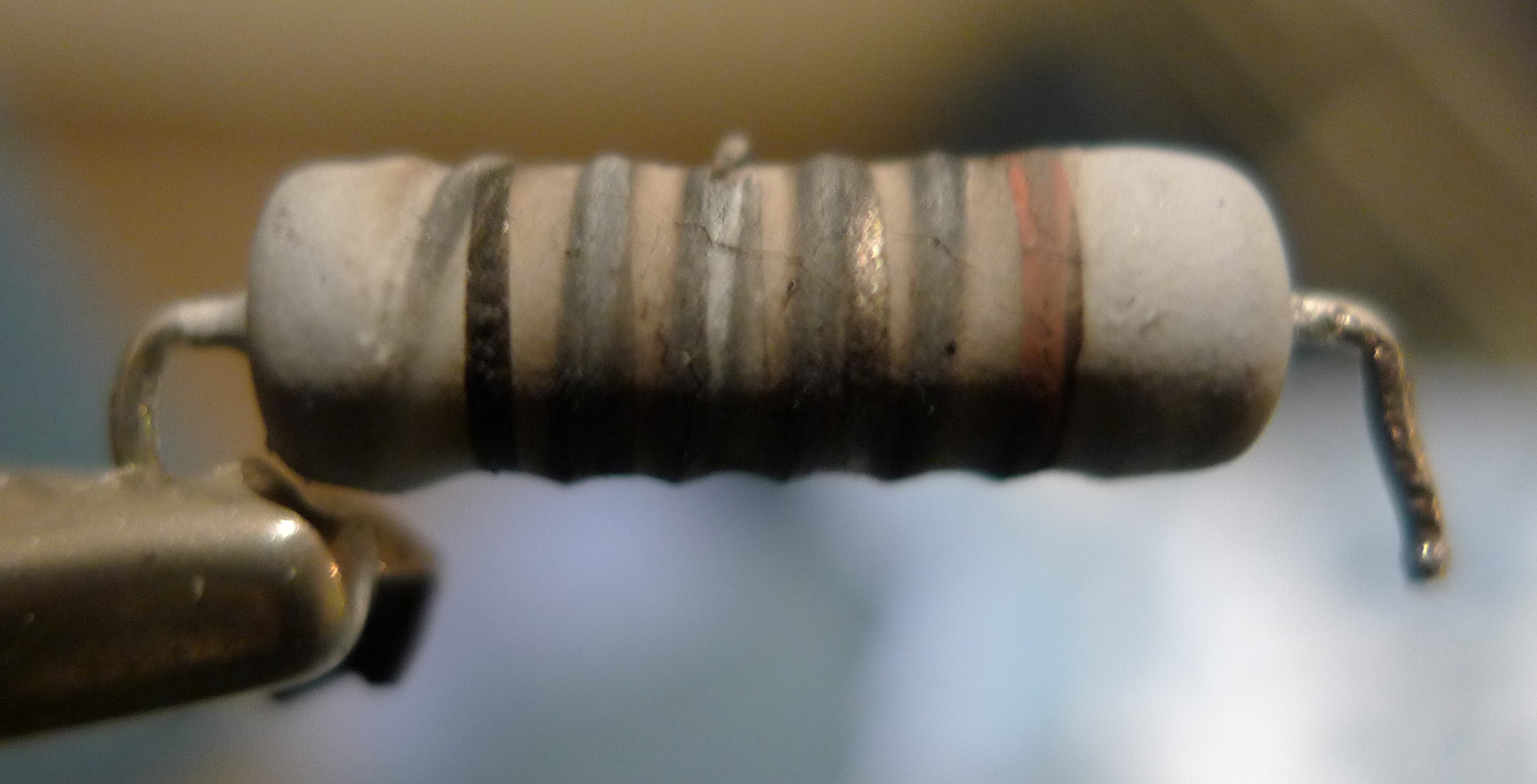 The resistor is marked as R27 (so it should indeed a resistor and not a similar-looking component), is between the negative battery terminal (B-) and the negative brush (not vacuum!) motor connector (SB-). It's ~4.5 mm in diameter, so it should be a 1 W resistor.

Despite being burnt (it left some horrible black marks on the PCB, plus the usual burnt resistor smell), some color bands are still visible. I'm quite certain about the black on the left, the red on the right, and I'm decently confident about the gold, second from right.

However, to me this doesn't make much sense, as AFAIK black cannot be neither the first nor the last band in a resistor! Same as the gold one - how can it be second or second to last?

To try to investigate this further, I tried to scratch a bit over the wire to measure the resistance between a terminal and several different windings. Bizarrely, I found very small resistance (under 0.2 Ω per winding, and I don't even know if I should trust my multimeter for such small values), which seems to me quite strange - such a big beast of resistance to introduce a minimum resistance on a DC motor? Doubly bizarre if we think that the crude contacts that bring the current from this PCB down to the brush will introduce more resistance than this...

Update: forgot to say, there's a similar, non burnt resistor in the circuit: 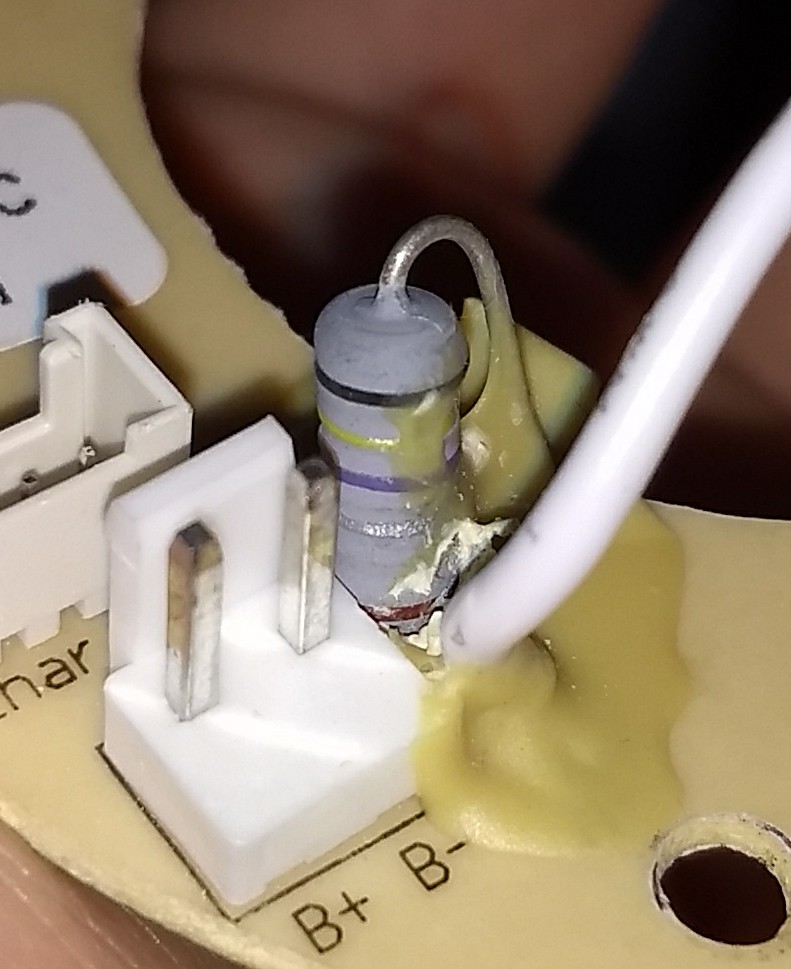 Sorry for the much lower quality photo, I don't have my camera with me now; the colors are a bit altered by the phone camera, but here the rings are definitely black, yellow, violet, silver and (most probably) brown.

The position in the circuit seems similar (it's between the negative battery terminal and the negative fan motor wire), so we can suppose it's a current sensing/limiting resistor as well, but unfortunately it isn't the same resistor - the power rating is lower for sure, as it's a little shorter and thinner (it's ~4 mm of diameter). However, this still sports:

That resistor is toast for sure, but the spiral 'bump' indicates it is a wire-wound resistor of at least 1 watt. The first band is either red or orange, so if it is 0.33 ohms or 0.22 ohms that would make sense as a series current limiting or current sensing resistor. It may be so damaged that the nickle-chrome wire is no good, or its bond to the end caps has gone bad.

If you look at the top of the burnt resistor the nickle-chrome wire appears to be burnt away, creating a gap, so this resistor should measure as being 'open' or infinite resistance. It could also be in the category of "Fusible" resistor or at least "Flame proof".

If installing it as it is now causes problems I would try both a new 0.22 ohm 1 watt and a 0.33 ohm 1 watt to see which works best. The higher value is best as long as the motor runs at expected speed and torque. Note that this was a 1% tolerance resistor. Such a tight tolerance is normally used for accurate current sensing.

Not the answer you're looking for? Browse other questions tagged resistors identification repair or ask your own question.

4
Identifying a resistor with implausible or impossible color bands
4
What does a black band at the end of a resistor mean?
2
Unsolvable 5-Band contrary color band sequence!
6
Please help with resistor color code?
0
Resistor value from color code?
0
Need help finding a proper replacement for a burnt resistor