BJT analysis resistance at the base using voltage divider

im currently confused as to why the resistance at the base is R1 || R2, ive done some research and looked at a couple of responses from people. But i still dont quite understand, could someone help me clear up my confusion please?

Some one has said:

If you take 100 microamps into or out of the divider in the circuit below you will see the voltage at the output of the divider change by 100 uA x 16k = 1.6 volts. (perform the experiment and see). An ideal power supply has the same 0 Ohm internal resistance as the battery.

Could some please help me understand what he means? Please no smart answers like "he means exactly what he's wrote" 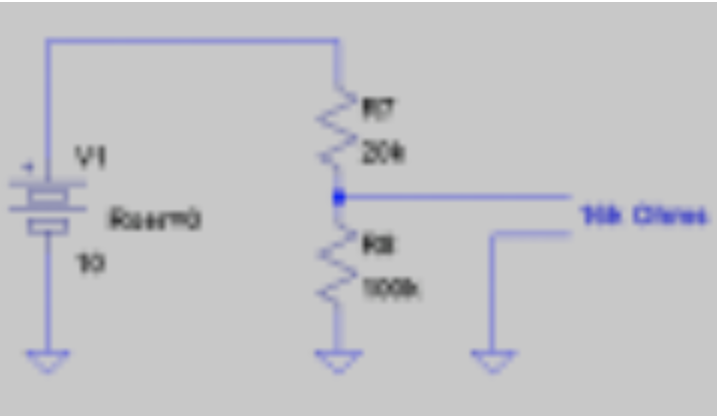 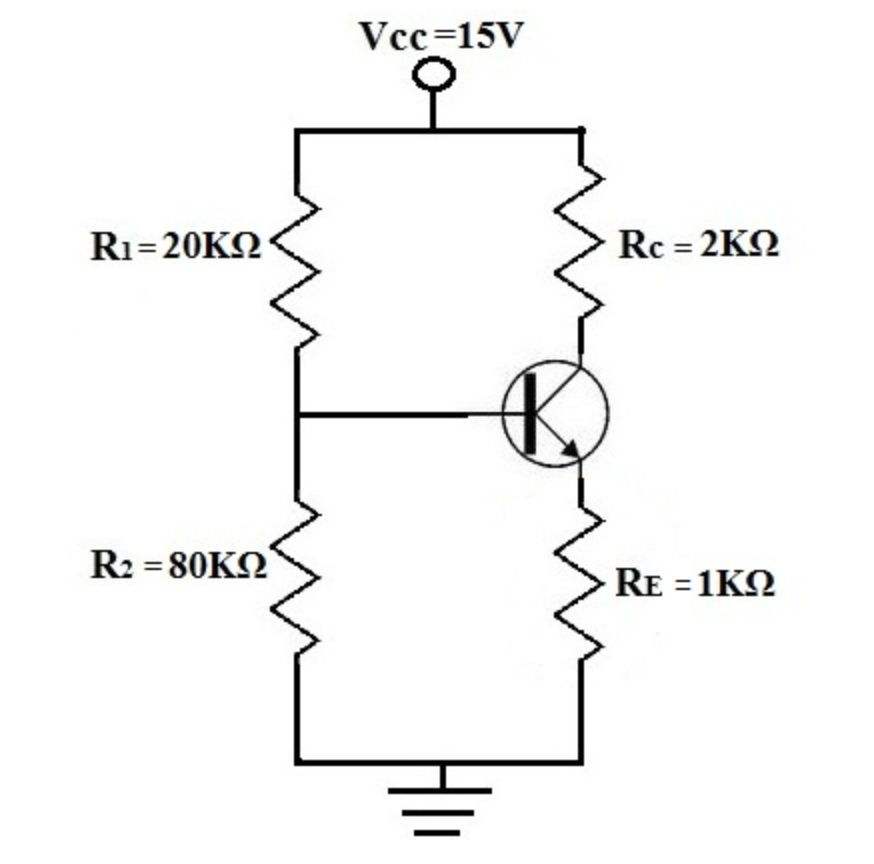 I gather you are learning about biasing a single-BJT degenerative amplifier stage and are being told how to analyze it and want to know more about why you are told what you are told. You could just take it as gospel, I suppose. But I think it's a good thing to ask for evidence and reasoning. There is plenty of it available on the web and I assume you've gone to the hyperphysics and wikipedia pages on Thevenin's theorem and followed up already with more reading from the links they provide -- without success in the end.

Here a schematic I'll refer to:

What's the formula that will describe the measured voltage, at a node called \$V_x\$, given any arbitrary injected current called \$I_x\$?

There's a very important rule to remember that helps, now. Currents can't accumulate at a node. The sum of the currents in and out of a node must sum to zero. Otherwise, charges would rapidly accumulate and it turns out that the universe pretty much won't allow that to happen. So we know the following must be true:

(The above formula obeys the arrow directions I've indicated. And yes, I know it looks like I have three currents all crashing into each other. But this is just for the purposes of setting up the equation, correctly. One or more of them will be negative, one or more will be positive, and the sum of them will be zero, regardless.)

So far, nothing terribly mysterious has happened. But we need to ask a question, now. What will happen to \$V_x\$ if we were to make a tiny change in \$I_x\$? To answer that, all we have to do is re-arrange the above formula a little bit:

Now it is pretty easy to see that the first two terms won't change at all when \$I_x\$ changes. Only the last term changes if we change \$I_x\$. So we can rewrite it like this, now:

If you change the current in a resistor \$R\$ by \$\Delta I_x\$ then I think you already know that the voltage drop across that resistor will change by \$\Delta I_x\cdot R\$. In short, \$\Delta V_x=R\cdot \Delta I_x\$. But that can be rewritten as: \$R=\frac{\Delta V_x}{\Delta I_x}\$. So the above equation can be slightly adjusted to get:

And there it is. The same result you'd get anyway had you instead simply treated the two resistors as being in parallel.

I'm sure you've read other ways to do this. I thought I'd take a totally different approach that you don't nearly as often see on the web in order to see if it flies for you. It may not. But at least I gave it a shot.

Just take note that one end of those resistors could be grounded, so that \$V_2=0\:\text{V}\$. And then you'd have a simple voltage divider with a single voltage supply. All the equations would still hold, though, because it really doesn't matter what value you give to \$V_2\$. The above logic just keeps on working the same way, regardless. And the voltages themselves fall away and disappear in the final result. So from that you can be sure they don't matter. So far as the injected current sees things, it is as if the two resistors were in parallel.

"....both of the ends of the divider are connected to 0 Ohms with respect to ground and as far as impedance (or resistance) is concerned the two are in parallel."

This sentence is uncomplete. It depends from where you are looking into the circuit. As seen from the supply voltage Vcc, both resistors are, of course, in series. However, the input resistance of the whole circuit - as seen from the signal source (to be connected to the base node) - is most important. And referenced to this node, the signal sourse sees two resistors which are (ac wise) connected to ground: 80k directly and 20k via the zero internal source resistance of Vcc. That means - as far as the input resistance of the amplifier stage is concerned, both resistors are to be considered in parallel.

In general, if you have two resistors with one common node, you cannot say if they act in series or in parallel - it always depends from where you are looking into the circuit.