I've been working on making a tube based headphone amplifier as a fun personal project. The amplifier is based around this 12AU7 vacuum tube. The project for the most part is following this existing design. It's currently being powered by a 12V lead acid battery. Here's the circuit diagram: 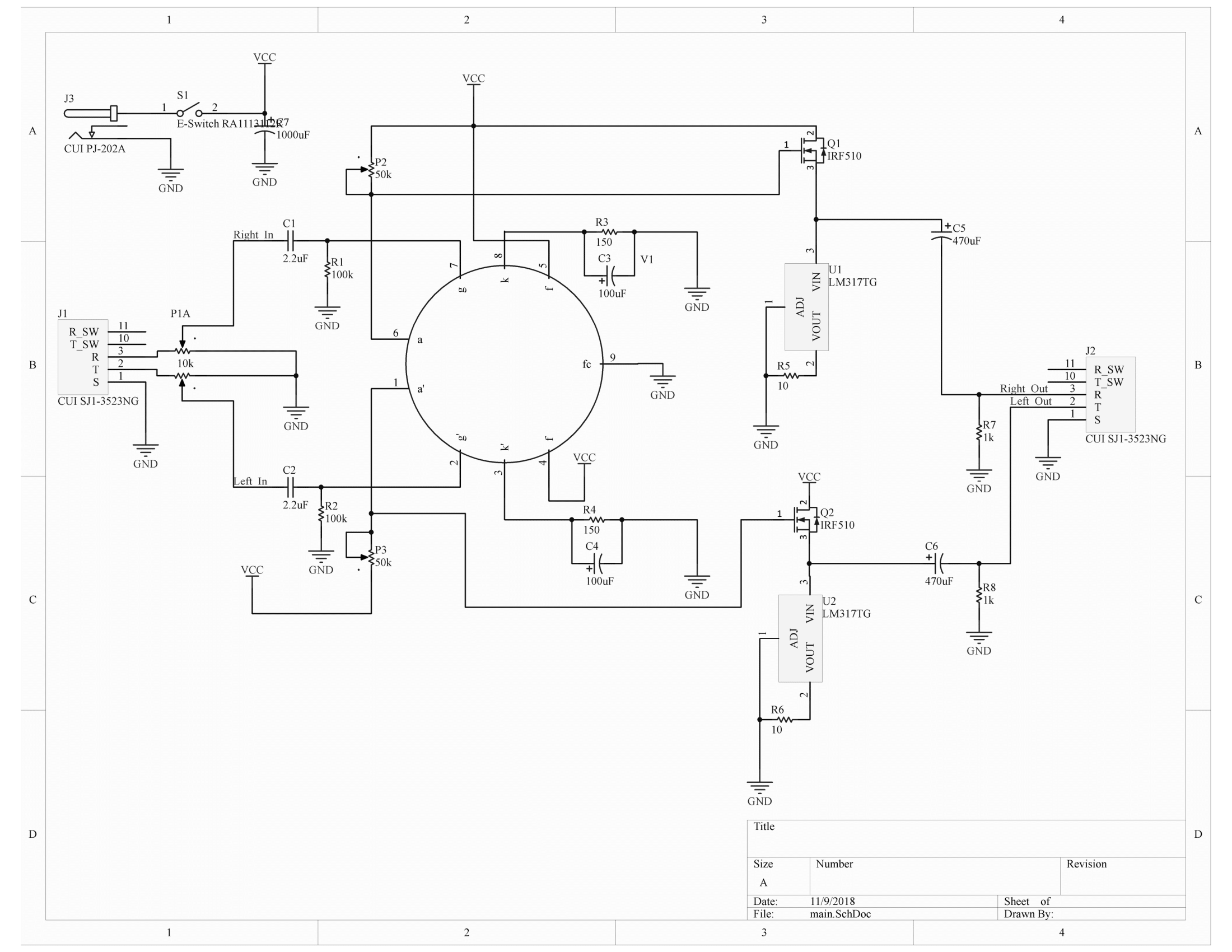 After assembling everything on a piece of perfboard and testing, it sounds great! However, there seems to be an intermittent noise that I can't seem to identify. This noise is not always present; sometimes the amp will run fine for several minutes without problem, other times the noise will start and last only a few seconds, but sometimes it lasts for minutes at a time. It appears independent of input. I have heard it while listening to music as well as when no input is connected. Here's what it looks like. This was created by recording the output of the amplifier using the line-in of my pc and analyzing the data in Matlab. 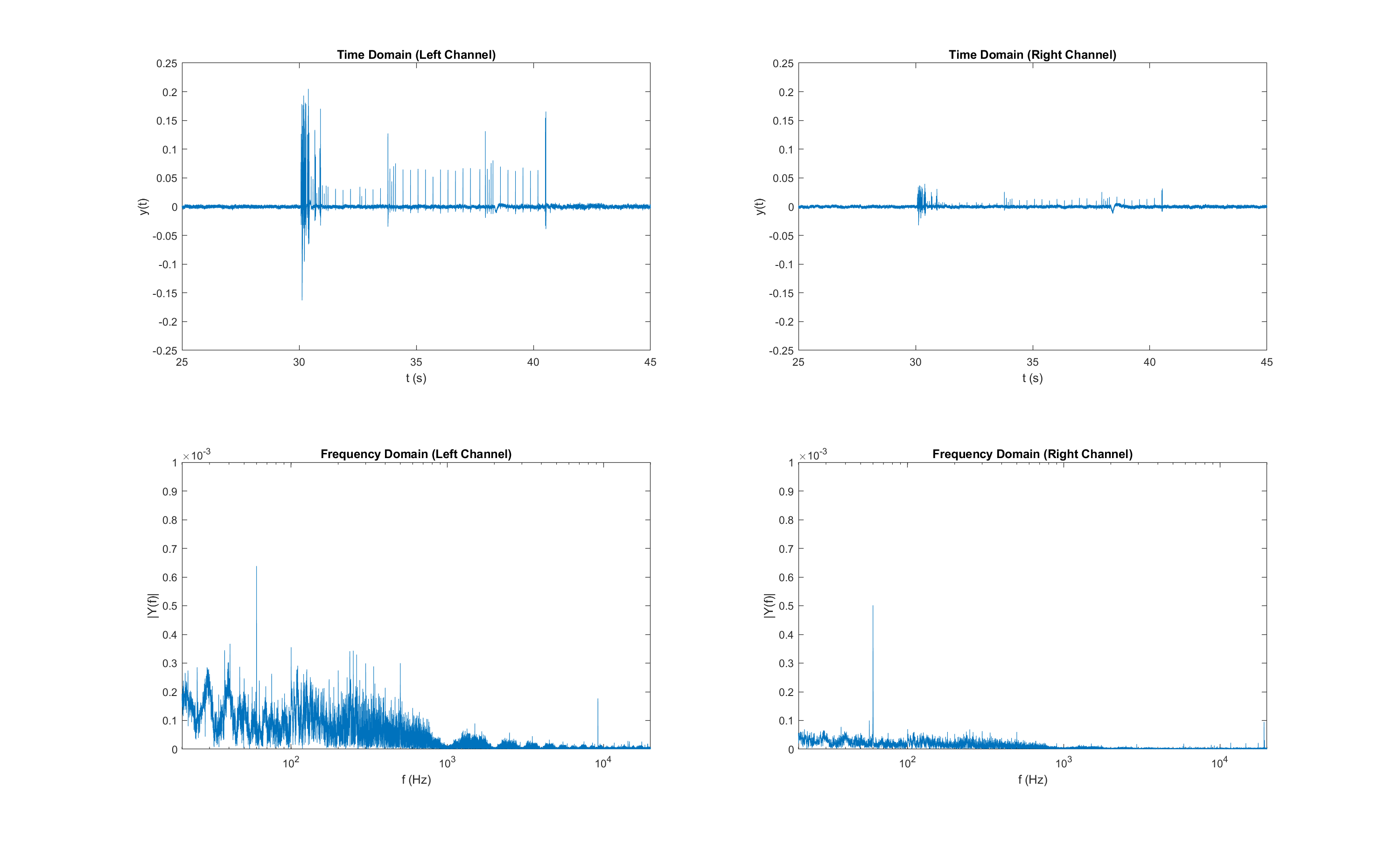 There are strong peaks at 60Hz (I'm in the US) in both channels which makes sense as the input comes from a 1m cable running across my desk. What I don't understand is the popping. It also appears to be worse in the left channel despite the two paths being identical. This is only one sample, but the popping seems to be consistent across occurrences based on what I've heard and other samples I've recorded.

Here's what I've tried so far:

This leads me to think that it likely has something to do with either the IRF510 MOSFET or LM317 linear regulator (which is acting as a current source). I don't know enough about the noise performance of these components to conclusively put the blame on either of them. If it matters, they both run very hot. I can record some exact temps later if necessary. I can't rule out the power source or passives as potential culprits, but again, this is beyond my knowledge.

Any suggestions? What is the likely cause of this noise? Are there things I can do to learn more about the noise and narrow down possibilities? How can I get rid of it?

After looking at several different forms of transistor and general circuit noise, I accidentally discovered the answer was RF interference from my cell phone. I'm not sure which specific part signal it is, but I notice it more when my phone is sending and receiving text messages. My carrier is Verizon and phone Samsung, I don't have access to any others to determine if it is specific to this or a problem in general.

This noise is not unique to my amp. I've since heard the noise in several solid-state amplifiers including a turntable with built-in equalizer amp and a digital piano with built-in speakers. I'm assuming the RF interference could be mitigated with some better design, but that will have to wait for another day.

Not the answer you're looking for? Browse other questions tagged amplifier audio noise tube or ask your own question.