Magnetism and my breadboard

So today I assembled a little circuit to test my new shift registers (74HC595).

I took three breadboards and connected them as shown on the drawing here. 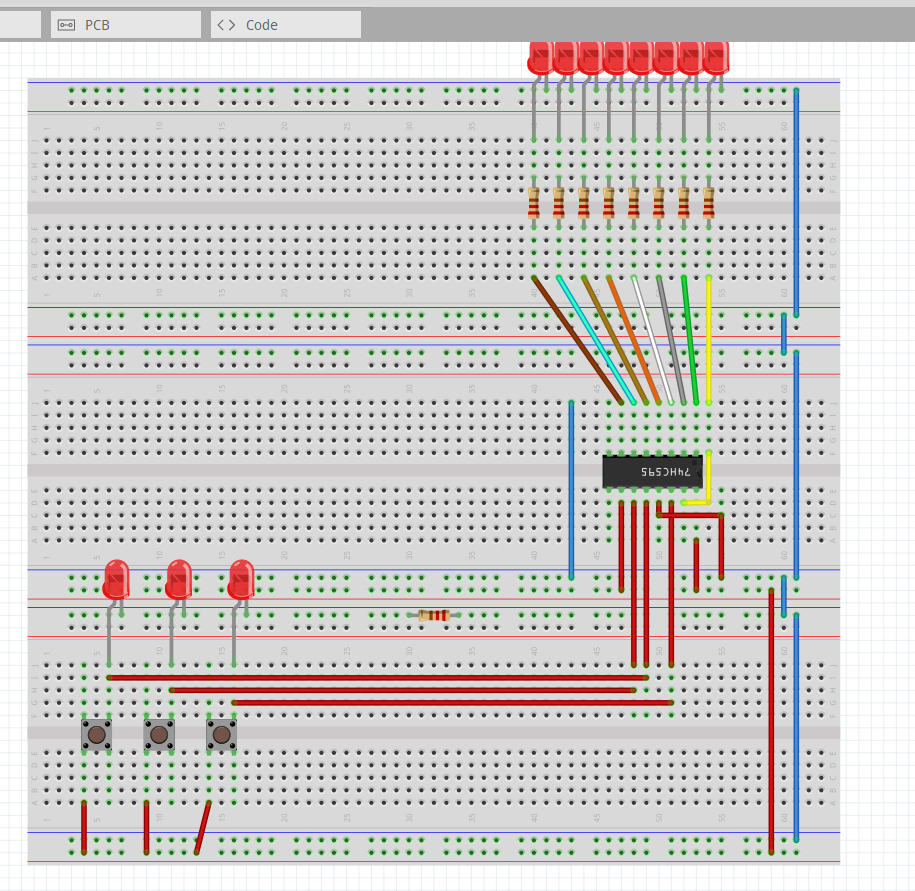 It is supposed to work as a user controlled shift register with buttons for CLK, DS and LATCH. I was too lazy to write a program for it to work so decided to make a hybrid one.

After going through a TEST #1, I encountered a problem. When I hit the button on clock, it can glitch and actually give me 2-3 clock pulses and read DS pin.

It was the first positive outcome in my experiment. I didn't even consider it in my primitive design.

So I reconsidered the design and thought that this could also happen due to the to many wires and loose connections.

So I rewired the project with less wires. Exactly as it is shown on diagram but with less jumpers.

At TEST #2, I realized that I have super powers. I have no idea what happened, but I didn't even need to press buttons anymore. All I had to do is put my hand above the circuit and it would live its own life. Th shift register would blink like crazy.

So after all my questions is:

Why did it happen ?

Wire electromagnetism caused an induction in a circuit that cause current the bad manufactured buttons ?

Three things. First, switch bounce, explained here, is a thing. It's a two part article -- read both parts. I wish I'd written it. Second, you appear to be using LEDs as pull-ups, with no current limiting on them when you push a switch -- I'm surprised you're not burning up LEDs and doing bad things to your power supply at the same time. Third, I don't see a ground connection on your chip.

The random switching is most likely due to capacitive coupling of mains hum through your body.