OpAmp choice and circuit configuration for DAC amplification to speaker

For a school project we're using a uC with a DAC which outputs values between 0V-3.3V, which we want to amplify and feed into a speaker.

We haven't settled for a particular speaker but considering it would be mounted on a PCB it should be assumed to be a small 8~16Ohm one.

Now the DAC needs a minimum load of 1kOhm and it obviously can't be fed directly to the speaker so we were juggling a few options.

The first one was to use the widely available LM386 in the following configuration:

This seemed to be the easiest way but, it has a huge problem in that the DAC's output has to be limited to +-0.06V in the example, which cuts down the DAC's resolution and we assume introduces a lot of noise. Even with such a tiny signal the LM386 seems to be saturated on the top too, as it's cutting off the signal's peaks.

A second idea was to use an LM4811, which... we haven't even been able to find so we're not optimistic about even being able to get it, but it would work in a voltage follower configuration, letting us cut the DAC's output down to just 0V-1V. The problem here is I don't have a good LM4811 component model for the simulator so I'm not 100% sure of whether we need to alter the circuit's design further.

The question then, is: is there some way to get a better signal conditioning using the LM386 in our case, or any other widely available audio opamps we haven't considered? We don't need an amazing signal/noise ratio nor high specs at all since it's a project a bunch of first-timers should finish in a month, but we're not really experienced enough to tell exactly what we need here. 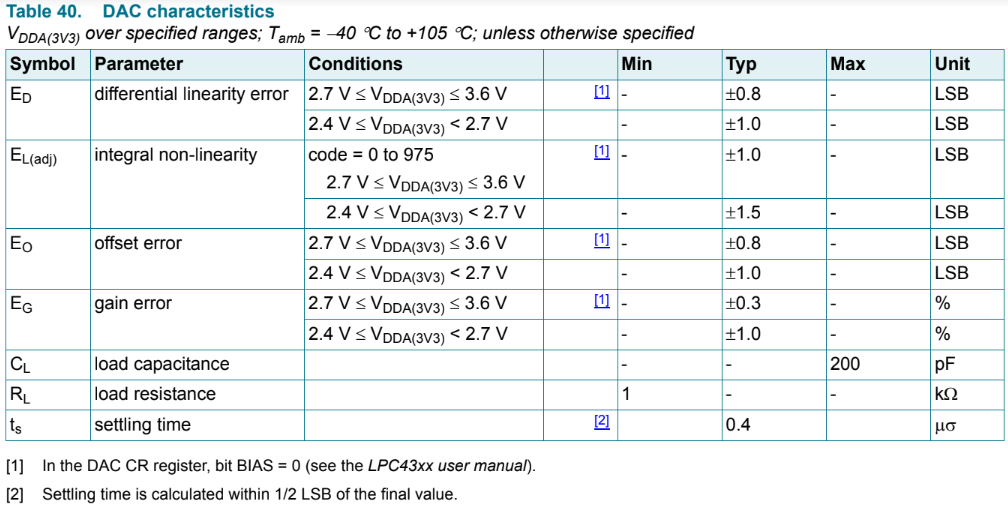 We're using an EDU-CIAA board (Spanish language link) which has an LPC4337 as its uC.

Well, testing the circuit with a protoboard checked out that it works perfectly, as long as the LM386's power supply is first decoupled with a bypass cap, otherwise we did have saturation noise at the output for frequencies above around 10kHz when we needed to handle up to at least 20kHz. The voltage divider didn't even need to attenuate the signal so much so a 10K resistor on top worked perfectly.

Sorry I don't have more details, we tested this two weeks ago and only now I remembered I had asked for help here.

6
Audio from Arduino Due's analog outputs using LM386
2
OpAmp configuration with gain less than 1
2
Need help with OpAmp and FET choice for a VCVS
4
why do I get noise on the output of the LM386 when I connect speaker but not when I connect a resistor?
1
What causes periodic noise with LM386 amplifier
1
Speaker noise from preamp circuit
0
Distortion is introduced when speaker is connected to the output of the amplifier
0
Miniature speaker gets hot when no signal is fed to it