I have a PID controlling a DC motor. I am attempting to control the speed of the motor very precisely. My controller allows me to change the direction of the motor and give it a pwm for speed. Therefore, I have a PID that has a plus and minus maximum and minimum. In order to speed up the device and slow down the device quick enough. The output of the PID is for the pwm and therefore is a absolute value of the PID, just changing a direction pin when PID < 0. I am using the opposite direction of the motor only as a braking system. Thus the motor should always be going in one direction but should slow it self down faster by applying reverse torque.

I am writing C firmware in MCUXpresso. The graphs come from sending data over UART to an Arduino to graph data easily.

The code controlling the device and PID is below.

I am having a hard time understanding why the PID would run away like this. Any help would be amazing. Thank you! 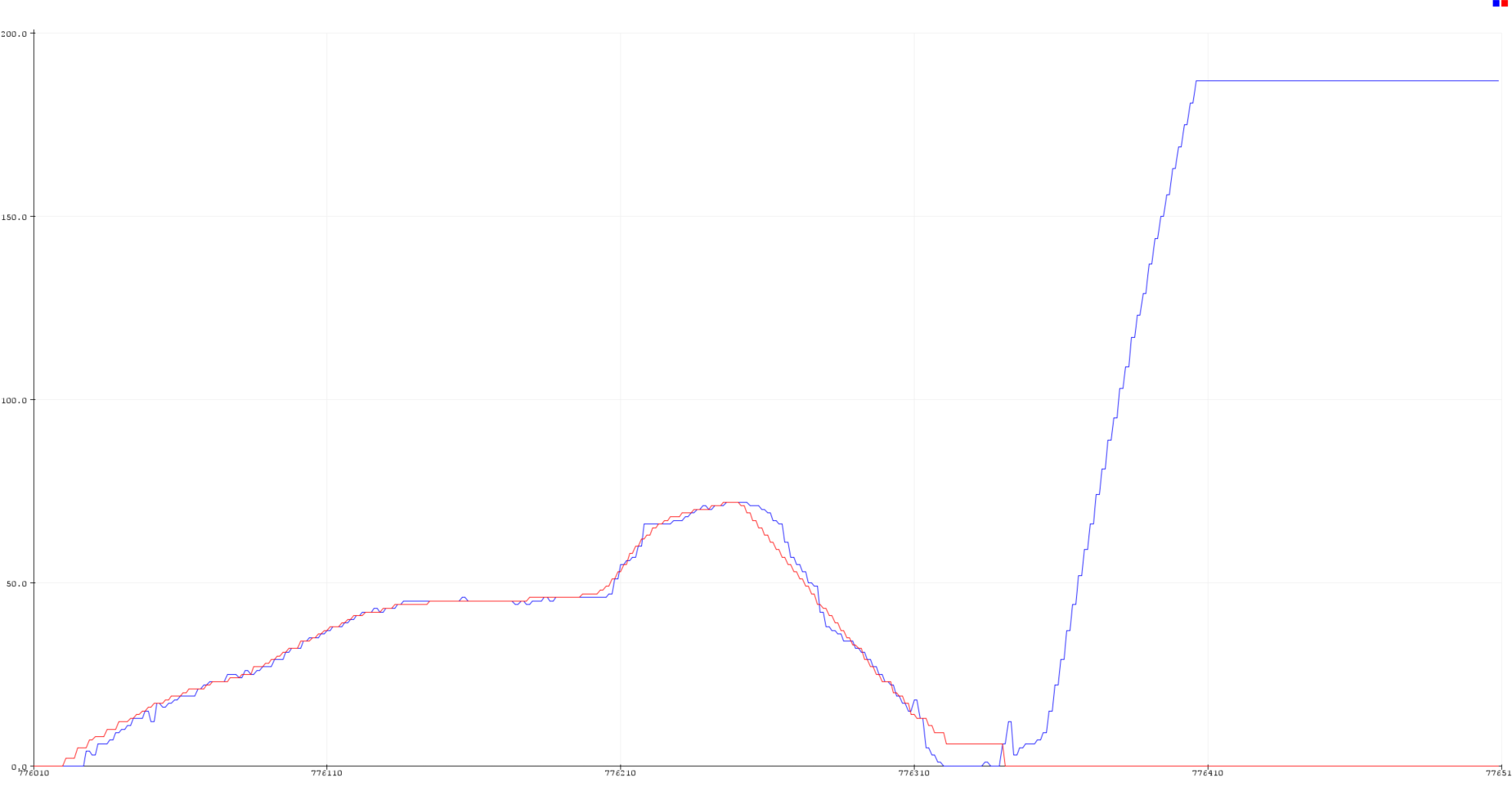 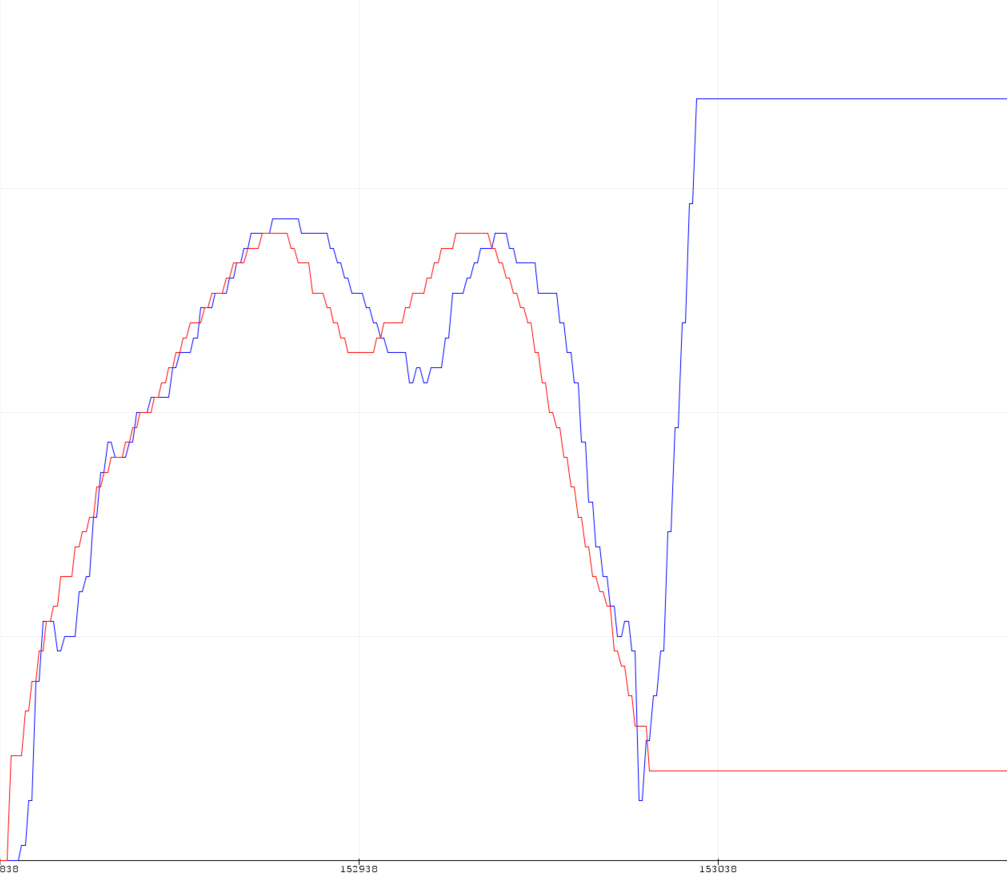 EDIT: Turns out this was a combined error of the problem described and a hardware issue.

Try changing the line that reads

and match that by changing the line that reads

That will scale the integral term correctly for your integrator limiting step.

judging by your graphs, I dont think you are sampling at a high enough rate to achieve stability... This may be the arduino's limitation though, as I am not familiar with the MCUExpresso.

Ideally, you should have a mathematical description of your system, such that you have a transfer function, then you can just read off your bandwidth from the transfer function. This bandwidth is also the Nyquist frequency, which is the minimum "acceptable" (using that word loosely) frequency the sample a signal. Normally, you want to sample at around 30-40 times the Nyquist frequency. If this ins't possible, I suggest changing sensors.

I encountered similar problems last semester at uni on my project, hope this helps!

Not the answer you're looking for? Browse other questions tagged motor dc-motor motor-controller pid-controller or ask your own question.