So I have a signal that goes from 0 to ~800volts in 30ns. I would like to use this signal to trigger a camera (input impedance of 50ohm) which takes a max of 10 volts and requires the rise time to be 1ns for this 10 volts. I tried a 10 volt zener diode which works... but delays the signal a lot (not sure why) so I get 10 volts in 8ns instead of 1ns. [People said zeners are made for DC and not so much for high frequencies, so maybe thats why]

I then thought of using attenuators to make the signal go from 0 to 10 volts (instead of 800V) in 30ns then use an opamp as a comparator with a 10volt DC battery connected to +Vs and Ref, Vin-, -Vs connected to the negative side of the battery. (and ofc the main signal going to Vin+) Since different opamps got different operating frequencies and slew rates I got this one: THS3491IDDAT Which got a 320 MHz operating frequency and 8 kV/us slew rate

However, I was getting weird results that I wasnt able to understand and shortly after multiple legs of the op amp broke, so I wasn't able to capture the output signal 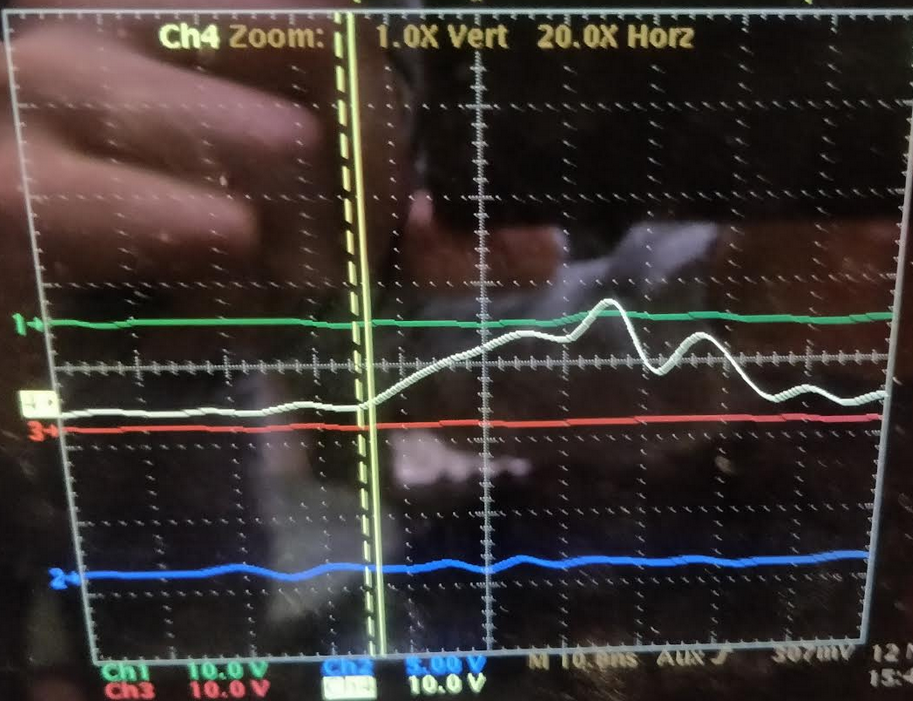 Was I doing something wrong? or is there an easier circuit to use? Any recommendation for other opamps that are easy to handle? (this one was tiny)

The source is a Rogowski coil with a resistance of 4ohm and inductance of 1.4e-7 H. (1 turn coil).

Sounds like what you need is a "capacitance speed-up."

Take a look at the following. Blue is the source pulse / 100 (so it fits on the scale.) Red is what a resistor + Zener would output. Green is what is output if a "capacitance speed-up" is used. 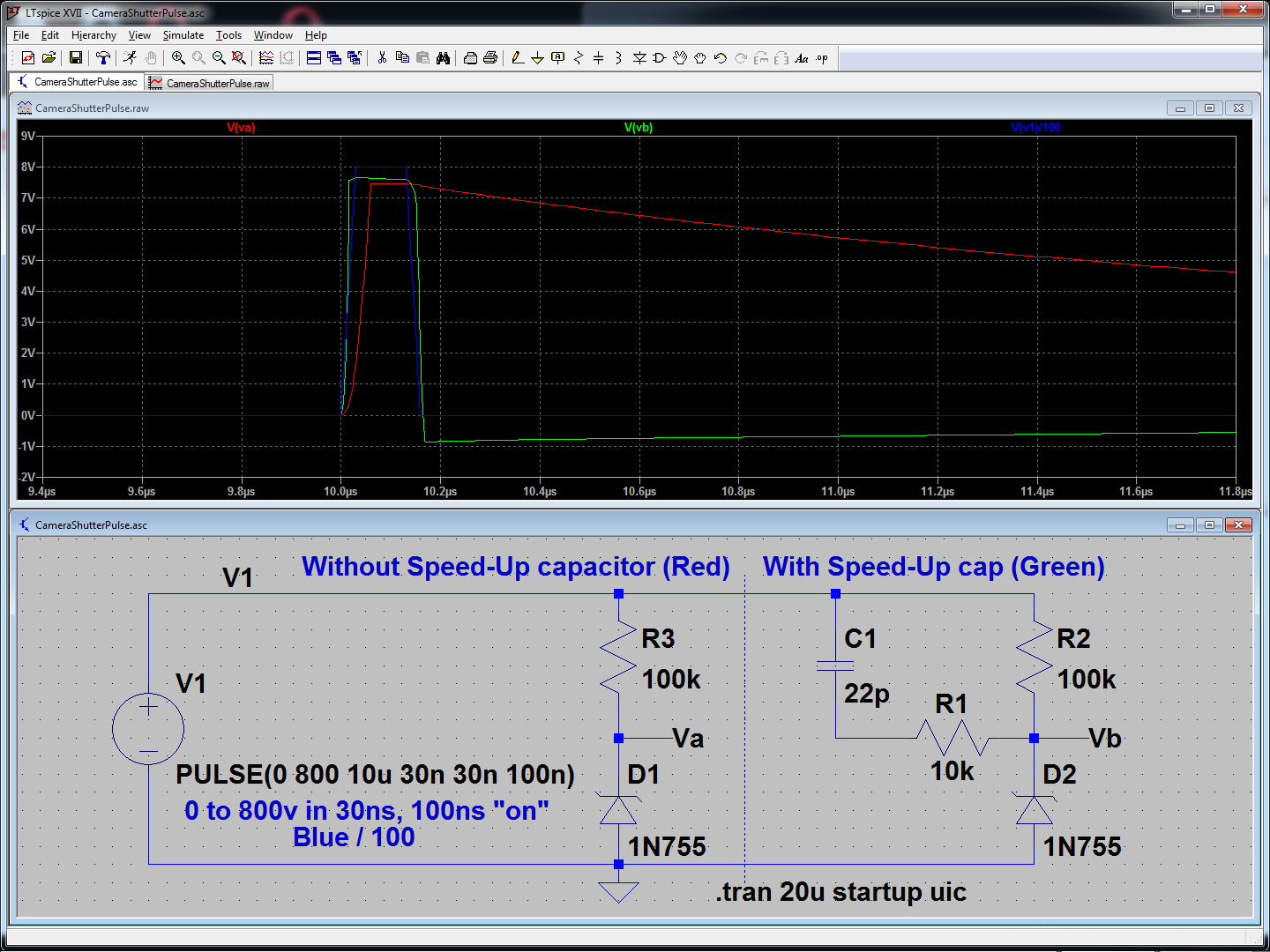 Note that the 1N755 is only a 500mW device, and the peak pulse from C1 into it approaches 650mW. Not really a problem for "a few" photos, but it couldn't be run like this continuously. Also note that the speed-up creates a nearly -1v tail... careful.

You obviously have some high cost instruments. I wouldn't compromise their life span with experimental add-on circuits. Get an industrially built unit. High Speed Pulse Generators (search for them) are available as modules and as laboratory instruments.

If you want to build one, you can use Step Recovery Diodes to generate fast rising voltages. Here's one principle:

The idea is to use the sudden reverse conductivity stopping of a step recovery diode to break the current in an inductor and thus genrating a pulse.

Not the answer you're looking for? Browse other questions tagged operational-amplifier high-voltage zener high-frequency high-speed or ask your own question.