How to understand this simple voice-over-laser circuit

The Sci-Toys project A simple laser communicator shows a surprisingly simple way to send an audio signal over a laser pointer.

A transformer AC-couples an audio signal directly into the DC supply to the laser diode, with it's high-impedance end in series with the battery.

I'm confused by the back-to-back diodes shown in the symbol for the laser diode. Is that standard?

Is there any chance that the DC current would be partially saturating the transformer's core? I seem to remember something about a very early design of an audio amplifier (before valves/tubes) based on modulated permeability. Is that an essential part of the function here, or just a red herring? 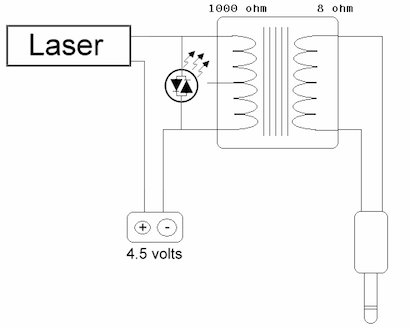 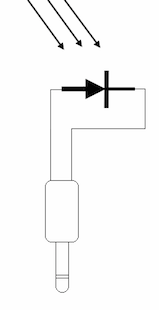 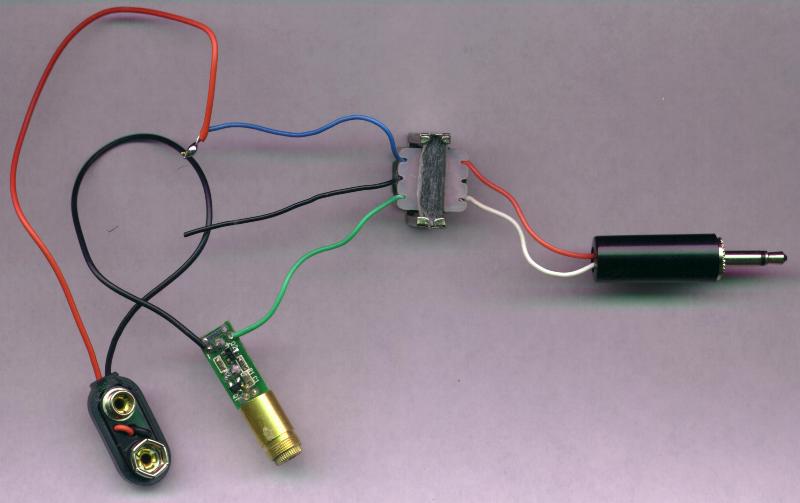 The battery clip is attached to a 4.5 volt battery pack (not a 9 volt battery!). Since I didn't have a pack that takes 3 cells, I used one that takes 4 AA batteries, and I replaced one of the four batteries with a straight piece of bare wire.

The back to back diodes are a bi-directional LED perhaps used as an indicator of over-drive. You could use two ordinary LEDs instead.

Those transformers can handle a more current before saturation than a laser pointer will want.

The transformer is used to step-up the voltage of the signal and to superimpose the AC sound signal onto the DC supply to the laser driver The approximately 11:1 step up by the transformer is less important than the way it allows the audio signal to be fed into the laser's power supply.

Not the answer you're looking for? Browse other questions tagged transformer modulation laser-diode or ask your own question.