I'm trying to replace a rotary encoder with push switch from a Boss SE70 effects unit as the switch is broken; the same encoder is apparently used in a number of Roland products such as the JD-990, JV-1080, SC-880 and JV-880 (all '90s vintage I think).

This type of repair is normally straightforward: find something that is roughly the same mechanically and electrically. The part is listed as an RK09710WL, with Roland part number 13289196. I can't find any data on this part other than it was made by Alps (marked on the base). It has 20 detents. 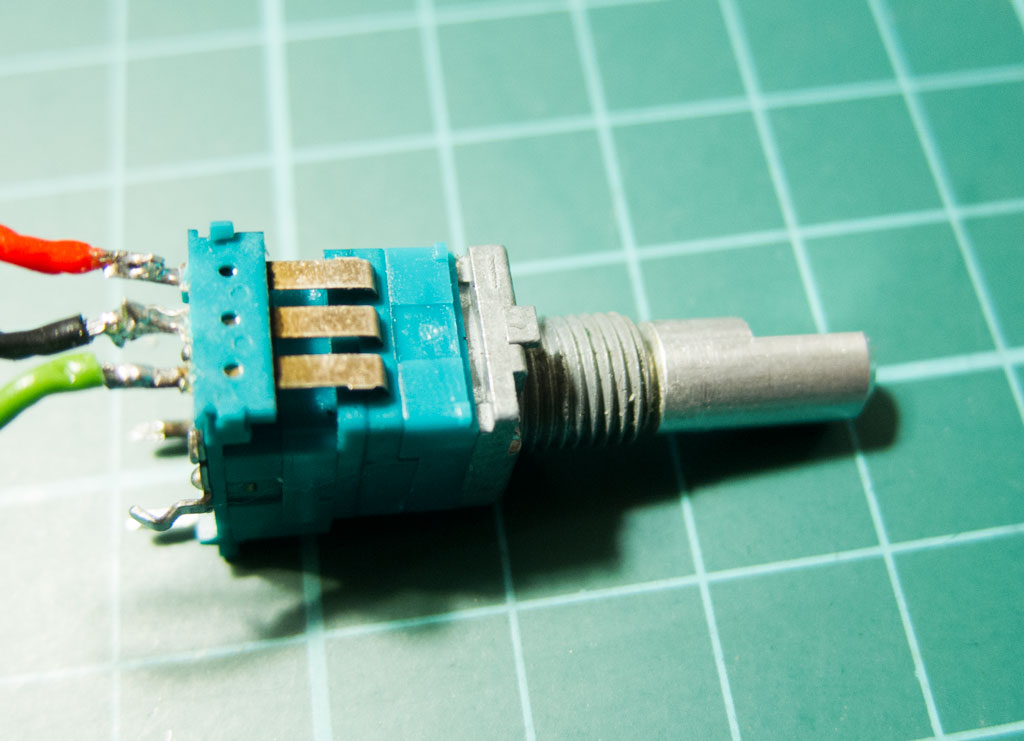 I chose a Bourns PEC11R-4230F-S0024 as it was the right length, had a switch and had roughly the same amount of pulses (24 rather than 20 on the original) and detents. It even had pretty much the same footprint.

However it does not work. It seems that the encoder used by Roland gives a very different output to commonly used rotary encoders.

With the replacement encoder installed (that does not work correctly), the output from the two pins is as expected (direction reversed half way) for most rotary encoders:

With the standard (working correctly bar switch) encoder in place, the output is:

I've never seen a rotary encoder with this kind of output - does anyone know what it is and how to find a replacement? The dimensions are not too important as the encoder mounts on a small PCB (no other components on the board) and is chassis mounted so anything can probably be made to work, but that unusual output is needed.

Here is the excerpt from the schematic: 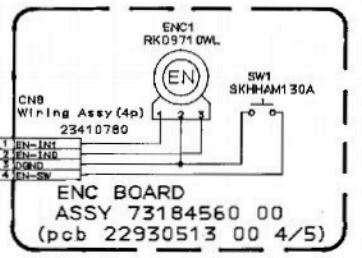 The rotary encoder lines connect to pull up resistors and debounce/filter resistors and capacitors, then to microprocessor pins as expected.

Can anyone provide any help, information or guidance?

Apparently, that encoder has built-in circuitry

Nowadays, all this can be done in a microcontroller, so it is unlikely that a direct replacement is still made.

It would be possible to build your own circuit to do this (with RC filters, logic gates, and a monostable (555 or 74xx123)), but a microcontroller board might be easier.

Not the answer you're looking for? Browse other questions tagged sensor encoder or ask your own question.

0
Part identification: Board mount rotary switch
-1
What do the pins mean on this rotary encoder?