Why is a voltage buffer loading my input signal (Audio)?

Hi I have this weird thing going on and I have no idea why.

This is my input 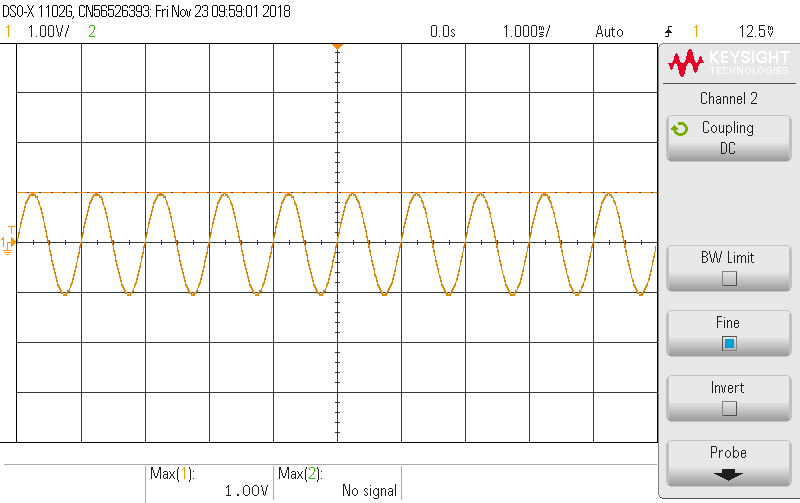 And this both my input and output. The voltage is following, but still 10mV off is this normal due to being a real world application and not perfect? But none the less, where did 300mV go? 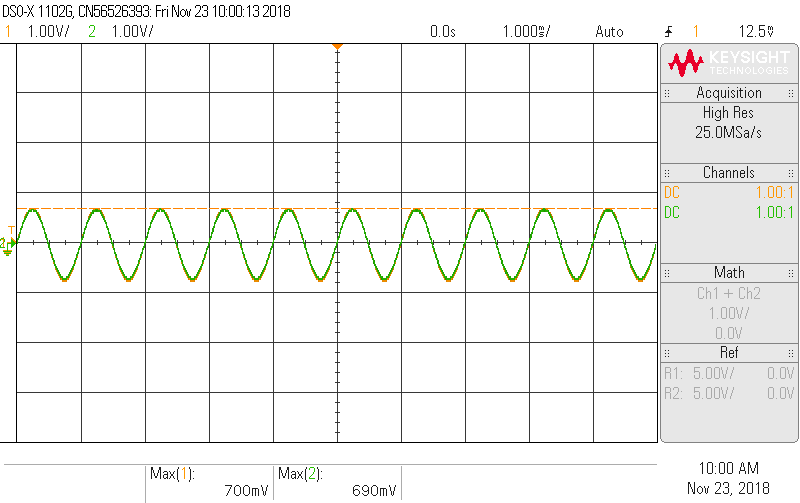 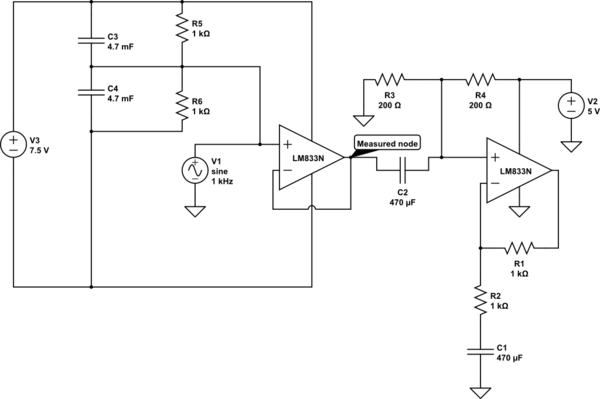 Is it because I am shorting my signal to "virtual Ground" ?

Also your 200 ohm resistors are WAY too low, and are loading the output of the op-amp (100 ohm equivalent load). Try 4.7K or so each. That means you can also decrease C2 proportionally.

Your supply rails are well below the opamps specified minima, but also your mid rail generator is referenced to nothing and even if it was, it would just be shorting the input signal.

This 10k resistor sets the input impedance of the circuit, and is reasonable with the LM833 (a bipolar input opamp having fairly high bias currents), with a fet input part like your TL081 you could reasonably go much higher (100k - 1M).

It seems likely that your signal generator has an AC coupled output (it has a capacitor in series with the output), which is why the bias arrangement works, you usually want to have a cap at the input to anything you are trying to explicity bias.

Also, make R3,4 more like 10k so the load on the first opamp is more then 100R, no general purpose opamp is happy driving a load that low, and the 081 has a particularly anemic output capability.

0
The Gain reduce due to the input, Why?
4
Resistor Load Effect on inverting op-amp
2
pH sensor buffering, gain, and offset with one inverting opamp
0
Why is my voltage lower than expected?
0
Opamp-bjt circuit question
3
Unbalanced to balanced audio signal conversion
3
Why isn't this active rectifier circuit working?
0
Detecting very low voltage audio signal