Can double-pole breakers trip each side separately?

How many of you have used double pole breakers?

Someone stated that only one side of the double pole breaker provided short circuit protection.

Picture below is the exact GE model. Anyone familiar with it? Does only one side trip? 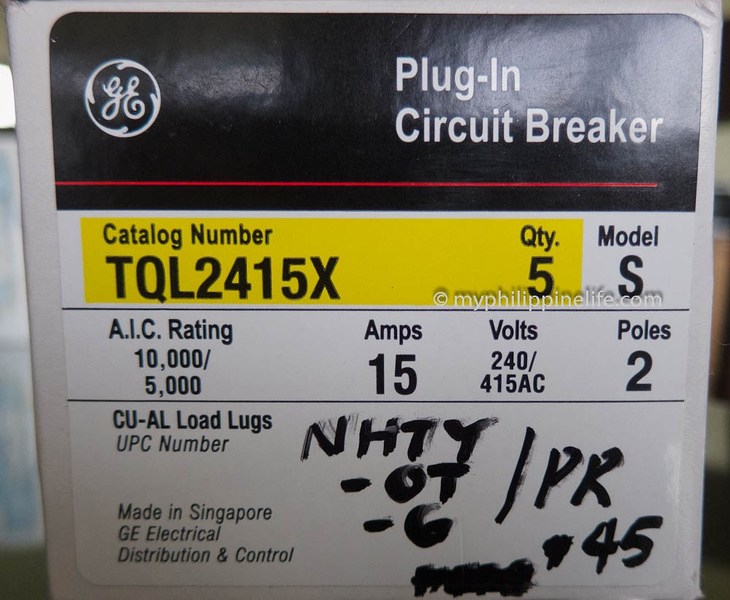 The person who tested the 2-pole breaker to have only 1 side tripping is an US citizen who has done many tests with it. See the middle of this blog. http://myphilippinelife.com/philippine-electrical-wiring/comment-page-1/

Could it be a counterfeit product?

"The assumption that the two halves of DP breakers can serve as SP breakers proved to be very wrong. The double-pole breakers are NOT just two single pole breakers physically joined. We found this out the hard way when we had a total short in one of our circuits and the 20 amp breaker did not trip, but instead melted a #12 AWG wire. This must have been a huge overload, far beyond 20 amps.

We then tested the breakers on a test circuit. We found that only one side of our double pole breaker provide short circuit protection. It’s unknown which side may provide over current protection. Presumably, breakers made to be used as single-pole provide both protections in a single breaker, as do double-pole breakers used as a unit."

I need to know this because I'm powering up 240v load and there is ground wire to the enclosure. If not both can trip, what would happen if the live line that shorts to the enclosure is connected to the breaker side that doesn't have short circuit protection?

There is no need for confusion, one just needs to read the specifications!

Look at the symbols. 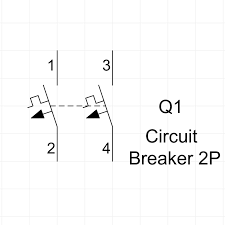 These symbols are printed on the unit.

It is not a good idea to install any circuit breaker that is not purchased new. Even purchasing new-old-stock circuit breakers is less then the best idea.

In my first paragraph, I was referring to circuit breakers of the type mentioned in the question that plug in to North American distribution panels. I believe the 1+N breaker described by @Jeroen3 in another answer refers to stand-alone circuit breakers.

A two-pole circuit breaker is effectively two single pole breakers with their handles tied together, so that when either breaker trips, both will be turned off.

Not the answer you're looking for? Browse other questions tagged circuit-breaker or ask your own question.