Why Gain-Bandwidth Product of devices having a simple one-pole frequency response is constant?

I was reading wikipedia page of Gain-Bandwidth Product and got struck at one particular statement.

I am unable to understand why only one-pole frequency response devices can have constant Gain-Bandwidth Product? Why can't a device with two pole have constant gain-bandwidth product? Can someone give me mathematical and intuitive explanation? 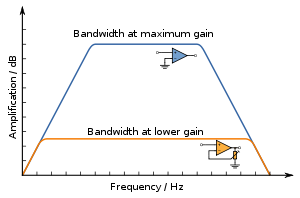 In the above picture, after looking at frequency response of an op-amp, it looks like it have two-poles rather than one-pole.

Also, the gain curve (with orange pen) is of op-amp with negative feedback. Does it mean negative feedback just moves the location of poles farther (away from each other) and hence, bandwidth is increased at expense of gain? 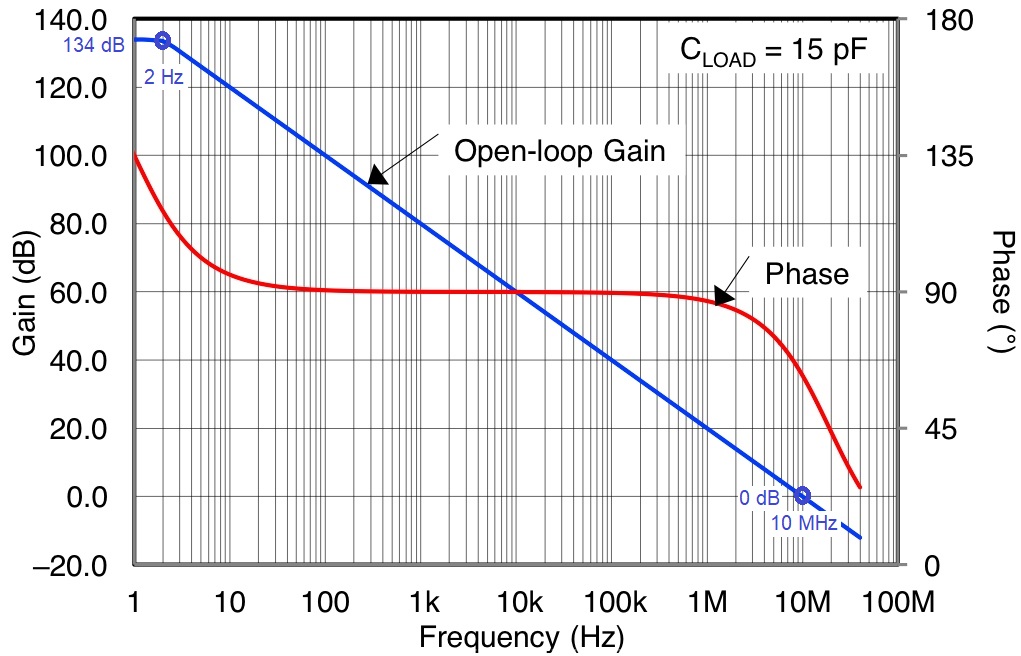 Picture carved up from here.

I have marked two points with blue circles: -

Any point along that sloping line will have a GBWP of ten million.

So, providing the open-loop response of the op-amp rolls-off as a single order low-pass filter, we can say GBWP is constant at ten million.

If the roll-off rate were doubled by introducing a second pole you would get the purple gain curve shown below: - 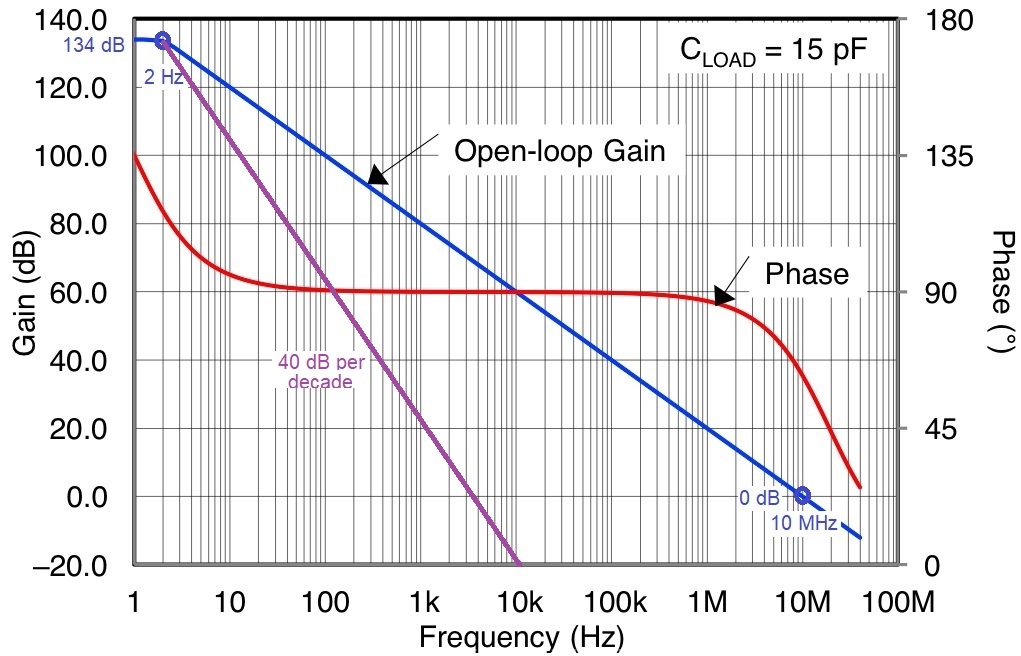 Now the GBWP is not constant at all because the rate at which the roll-off occurs is much steeper. The picture you have in your question is basically wrong - it doesn't show the open-loop gain of any op-amp I've ever seen because there is a high pass filter involved and that means the DC gain falls to zero.

In that diagram, there is one high frequency pole.

If the amplifier had two high frequency poles, the gain would fall by \$n^2\$ as the frequency increased by n, and the factors would not cancel.

There's a filter response which falls at 3dB per octave, what you would get if you had a 'half a pole' response. This has constant output power * bandwidth product, as the (voltage) gain falls by \$\sqrt{n}\$ for each increase of n in the frequency, so the power output (voltage squared) drops as n. This is often used in audio testing to shape white noise into 'pink noise', so that the power in each decade is constant.

Not the answer you're looking for? Browse other questions tagged operational-amplifier circuit-design schematics negative-feedback gain-bandwidth-product or ask your own question.