Resistor between input and output for push-pull follower

I'm reading about push-pull output stages in The Art of Electronics, 3e. On page 107 he presents the following circuit: 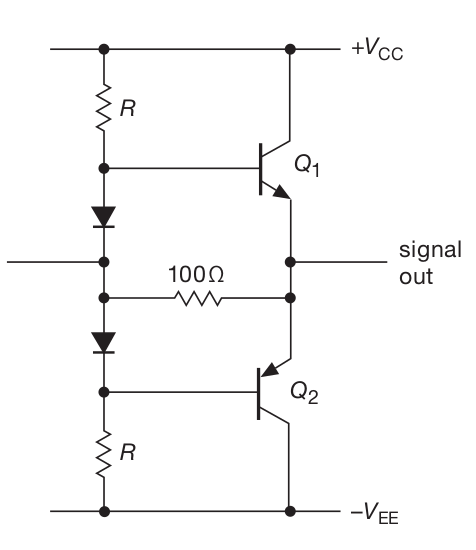 I'm confused about the function of the \$100\Omega\$ resistor used here. Below the figure he writes this:

In this circuit we’ve added a resistor from input to output [...]. This serves to eliminate the “dead zone” as conduction passes from one transistor to the other [...], which is desirable especially when this circuit is included within a larger feedback circuit.

When I simulate this circuit in Ngspice, the output voltage and current don't seem to be affected by the presence of the resistor. There is some current through the resistor, but it's small compared to the output current and the currents through the two other resistors. In my simulation, I've used \$R=220\Omega\$ and \$\pm20\mathrm{V}\$ for the voltage supply rails. I also included an \$8\Omega\$ load impedance. For the input voltage I used a sine wave with 0 bias and a 10V amplitude.

What is meant by "dead zone" here? If he's referring to crossover distortion, isn't that eliminated by the presence of the diodes?

Here's the schematic used in the simulation. 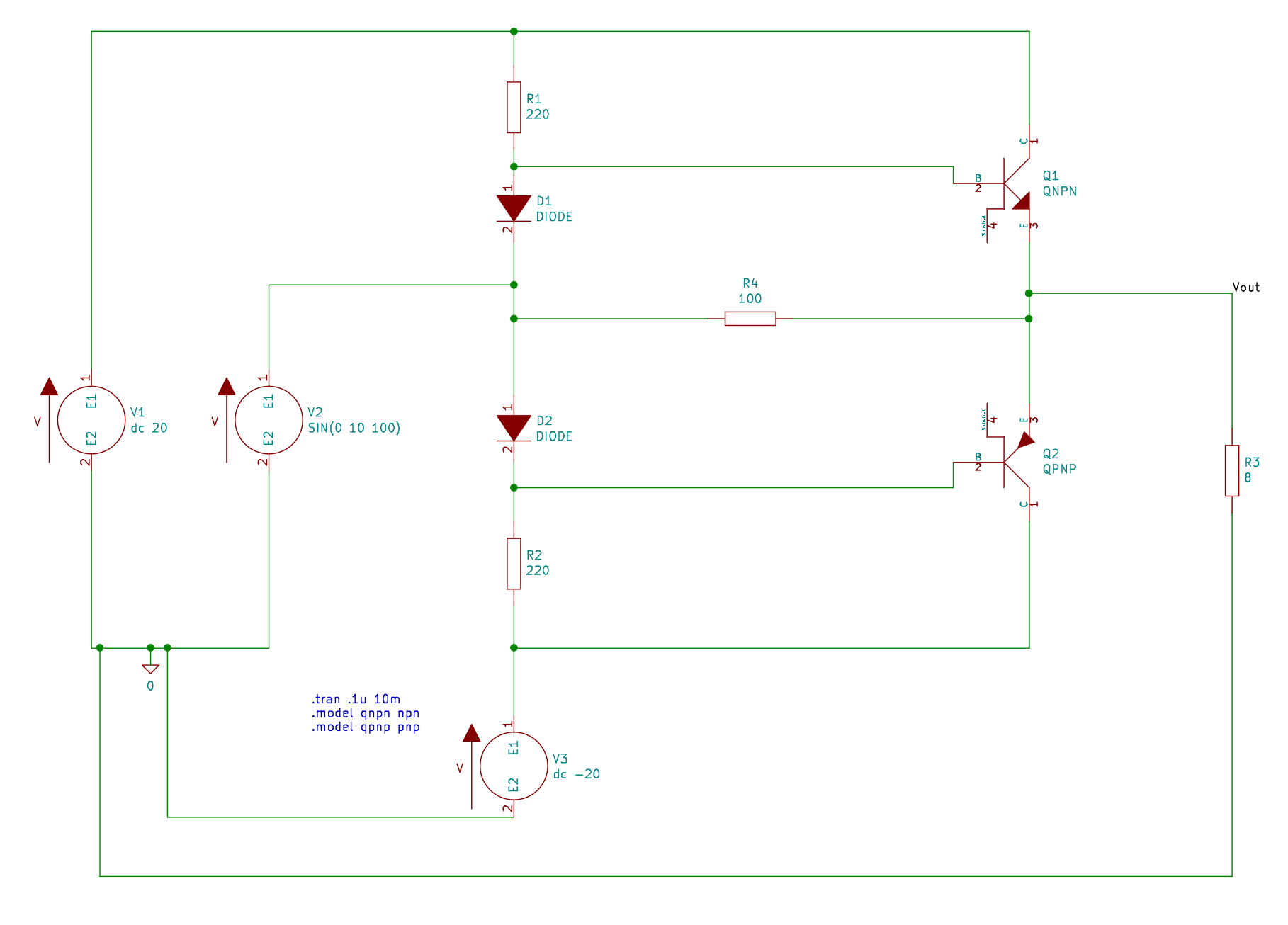 And the waveforms that I see regardless of whether R4 is included.

Red is the output voltage, green is the output current, yellow and green are the collector currents of Q1 and Q2, respectively, and blue (which is a horizontal line at 0 and thus covered) is the current through R4.

Finally, here is the circuit with only the output voltage and R4 current included.

Depending on the type of transistors, there might be an input voltage (usually around VCC/2), where both transistors are not conducting because the Base-Emitter voltage is not big enough to turn them on. This is the dead zone and because there is no transistor conduction, the output is fully floating, meaning that it can reach any voltage between VCC and GND if the input impedance to the following circuit is very high.

The 100 Ohms resistor eliminates this dead zone because it forces the output near the input voltage.

When I simulate this circuit in Ngspice, the output voltage and current don't seem to be affected by the presence of the resistor.

Try adding a load to your output. Without a load the effects of cross-over distortion at low levels will be barely noticeable.

There is some current through the resistor, but it's small compared to the output current

What output current do you refer to? There is no load and you need to add one to show this problem more extensively.

Not the answer you're looking for? Browse other questions tagged spice push-pull or ask your own question.