I have referred http://microchipdeveloper.com/harmony:example-usart-dynamic-wf32 to configure the UART and send/receive data between PC(Putty) and my PIC32MZ.

The demo program in the link receives the data, adds one to it and transmits it back to putty.

However, whenever I enter (transmit) any data from Putty to PIC, the PIC reads it as "ý";0xff.

The putty screen is always blank.

How can I transmit/receive proper data between my PIC and pc? 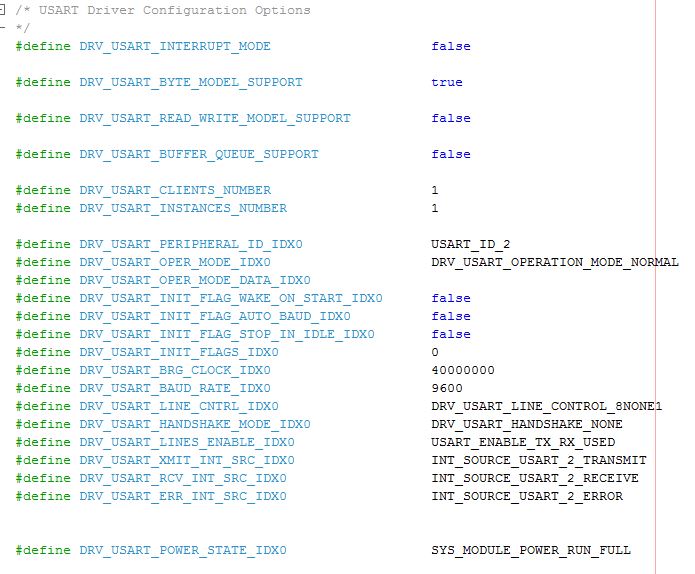 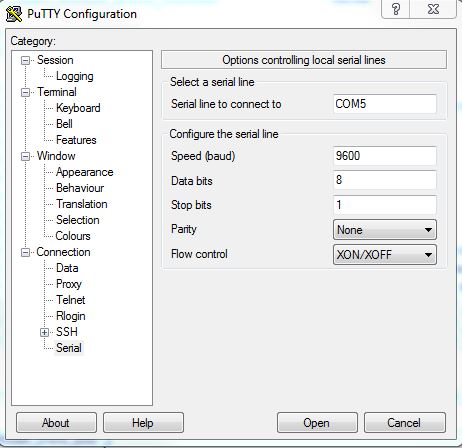 Edit:- I double-checked the clock settings for the UART etc, however every-time I send something from puty (characters or numbers) all I receive in UART_Rx buffer is "ý";0xff.

For all questions regarding timing, I recommend starting with something dirt simple that confirms all the system clock configurations. Flashing an LED at a known rate is one way to do this.

Clock setup can be tricky, and step 1 is to make sure you got it right. Even if you get your clock config all screwed up, PICs tend to find a mode to start up in. I start pretty much every project making sure I have the clock right.

Not the answer you're looking for? Browse other questions tagged pic serial uart putty or ask your own question.

2
PIC16F877A: Transmitting data but not receiving from Bluetooth module
7
What happens on STM32 when multiple (UART) Interrupts are triggered at the same time? is there an interrupt stack?
1
Does Interrupting a Microcontroller Data Receive with a Higher Priority Interrupt Cause Data Loss?
0
pic24 UART receive data is invalid
3
STM32 HAL UART transmission
2
PIC32MX UART Interrupt Not working
0
UART Transmit issue in VHDL
1
UART TO RS-232 convension