I have several transformers for audio amps, with single thiner primary and dual larger area secondary windings, for lower voltage higher current. They are toroidal, all by different manufacturers, but all producing audible noise, and i thought something is wrong with their construction. So i put off a part of insulation to look at windings - they were not sticked by epoxy - and that was a source of sound most probably. But then i was surprised.

All of transformers expose similar winding style - fatter copper wire (2 secondaries were winded inside, while much thiner primary mains winding was winded outside, and its turns are wrapped kinda randomly, awkwardly. I could see it on all my devices. I thought that thin wire should be wrapped directly on the toroid code, to save space and to make accurate round turns. and secondary should be turned ourside, to "catch" all EMI, emitted from inner primary, so reduce magnetic HUM leak.

Am i right? Or why several transformers have mains primary coil outside secondary? Is order of any matter and is it worth rewinding and sticking windings with epoxy?

Transformers can create noise directly. The magnetic fields at high power levels exert forces on the wires and the cores causing mechanical vibrations. This noise does not come out of the speaker, it comes directly from the cores. It sounds like metal vibrating. Arcing in the transformers can also cause noise, which you might see if you run it in a dark room with the covers taken off. Since you tried many cores, I would probably rule the arcing out. If the noise is heard through the speaker, and there is no arcing, than your problem is probably not the transformers.

I think you are mistaken on how current flows in the presence of a changing magnetic field. It's perpendicular to the magnetic field lines and orthogonal I guess in a 3rd dimension 2 the force in Newton's that is imposed as a reaction (which causes actuators in an electroc motor to spin, ie, a current going straightforward produces a mechanical force going to the right and a magnetic field line going up and around you in a Halo, not in front of you. It sounds like you are thinking that a toroidal Transformer is creating a magnetic field that is pointed out the hole in the middle of it but the magnetic field is actually pointed along the body of the toroid and the primary and secondary windings are wrapped around it because the toroid is ferromagnetic and increases the magnetic flux linkage. The mechanical force is what is pointing out of the toroid's empty Center. In order to get the most linkage between the induced voltage in the secondary caused by the current flowing through the primary they need to be wrapped is closely together as possible and are frequently intertwined separated only by the shielding on The wire.

Secondly, here are more reasons why it's not coming from your Transformer. It's not moving physically and any decent power supply is going to be filtering that waveform. Are you talking about noise like Johnson noise which comes from the movement of electrons due to heat? Or shot noise due to the statistical probability of the quantity of electrons flowing in a current being not exactly the average but within some standard deviation around the average current, or 1/f noise that has no known source but has a frequency response that decreases with frequency or are you referring to an offset voltage or current that is not being rejected by the amplifier's CMRR or PSRR?

It sounds like you are having problems with interference not noise. Audio circuits are meticulously engineered to avoid noise and they don't generally conduct large amounts of voltage or current until it's at the speaker so you likely don't get very much noise from heat or from a large current flowing, but rather there is an interference being picked up on the signal path that is being amplified.

If you're getting noise in an audio amplifier the instrument is very likely picking up interference from everywhere, same with the microphone, and mixers and good digital equipment usually have Transformer coupled outputs and inputs because that reduces the noise on the signal. if the inputs aren't coupled by Transformers there coupled by capacitors and will have some sort of common mode rejection for interference.

Those big amplifier toroidal Transformer sitting in the bottom of speakers are positioned such that their magnetic field is rotating around the toroid at the bottom of the speaker cabinet and not in parallel to the magnetic field of the voice coil magnet that is creating the sound so that they don't interfere. that principal is also adhered in the design of audio crossover circuitry (usually the only other circuit within a speaker besides the power supply) which separate the frequencies for the Tweeter speaker and the subwoofer using only inductors because capacitors are like giant antennas and will pick up interference from any direction whereas inductor is only really subject to magnetic interference because the inductor specifically is designed to oppose any changes in current. which is what interference and noise are. 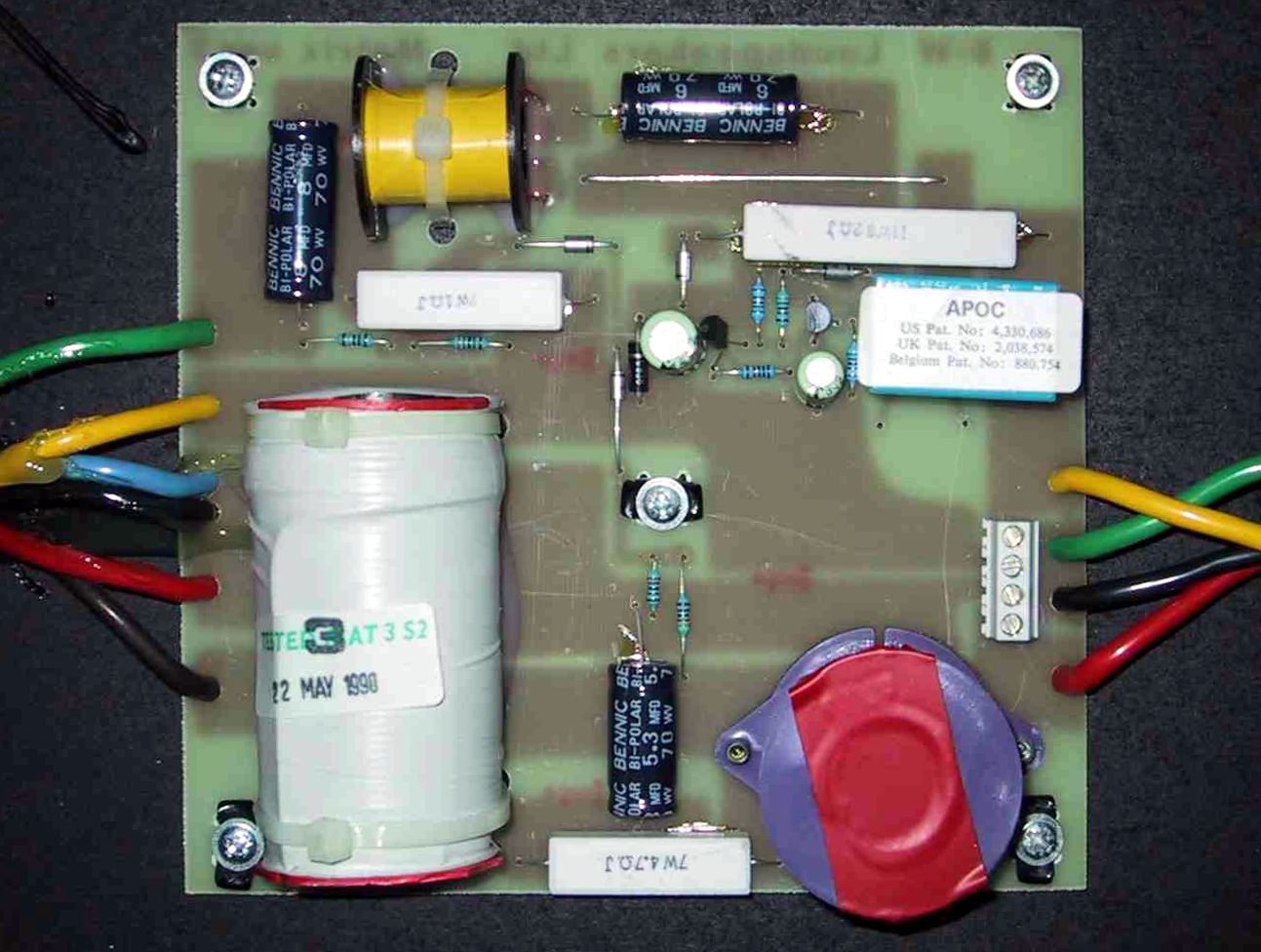 The bottom right inductor is has a magnetic field that is pointed towards the camera lens and the cylindrical inductor on the bottom left has a magnetic field that it's pointing to the top of the photos brain. So they are in two different planes to avoid any interference. Since there are three spatial dimensions the Transformer that is the one you're worried about, the power transformer is in the third plane so that all three magnetic fields within the speaker cabinet are not interfering with each other. Lastly the voice coils giant magnet moves so very little that it does not contribute a magnetic interference because it's frequency is the same as the signal's.

Transformers I like the oldest electronic Component and they have been used in speakers for as long as they have existed and people understand how to make them the best they can be made so it's not your Transformer that is causing your noise. You are picking up interference somewhere along the signal path. It might be in the instrument or in the speaker cables most likely. Speaker cables for having unbalanced signals or having mismatched impedance is full all the grade the Fidelity of the speakers output. But the speaker itself is just a giant magnet with some wires wrapped around it and very likely is not the source of your noise.