do I have to separate grounds when using opto-coupler in boost converter?

I have a DC-DC boost converter: 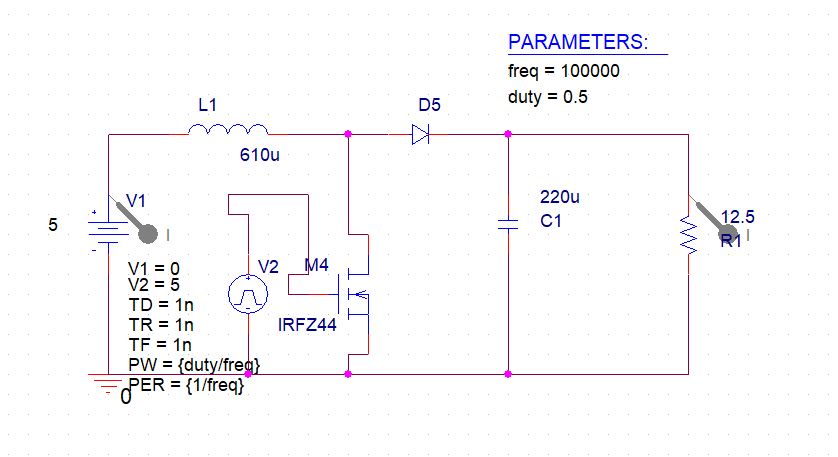 where the mosfet is driven by PWM signal generated with a PIC18F4550.

However, the PWM isn't directly feed in the mosfet. It passes through an opto-coupler first. Since I didn't find the specific component I'm using (TLP250), I tried my best to draw it: 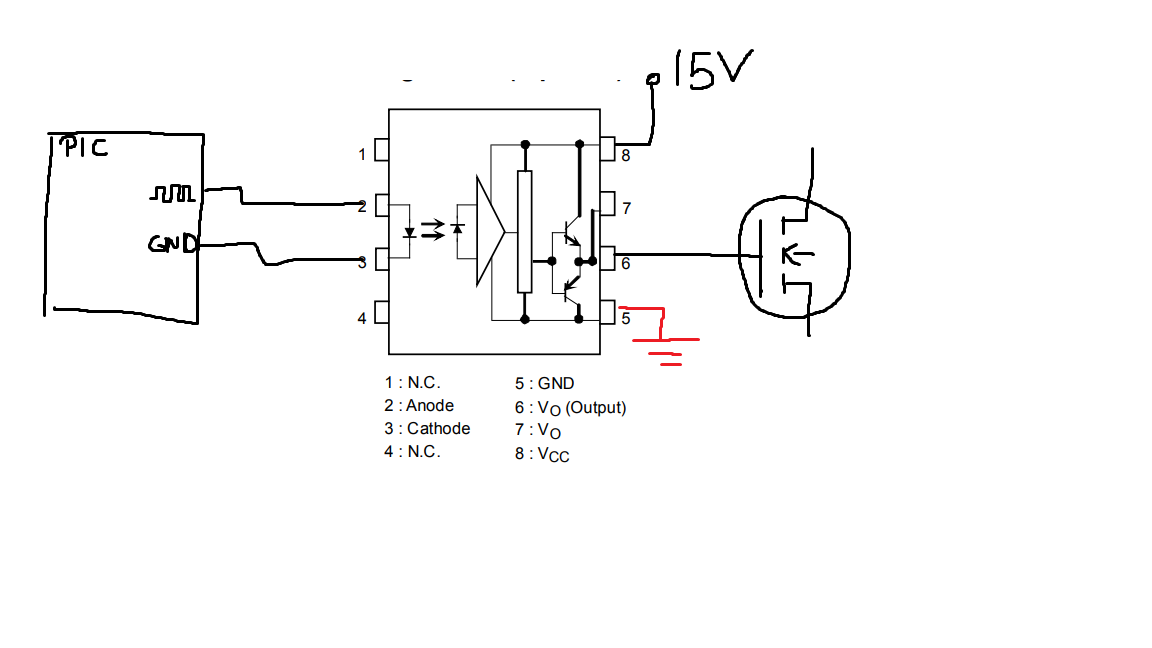 So, basically we have "3 grounds":

In the practice, the supply is a dual supply one feeding 15 [V] and the other 5 [V] and the PIC is being powered from USB (computer).

The first ground (PIC GND) isn't the same as the last two grounds. The latter two grounds are CONNECTED and the same point in the real circuit. My question: is that ok? should 3 of them be connected? all of them separated?

For reference: the circuit is now mounted in a breadboard: 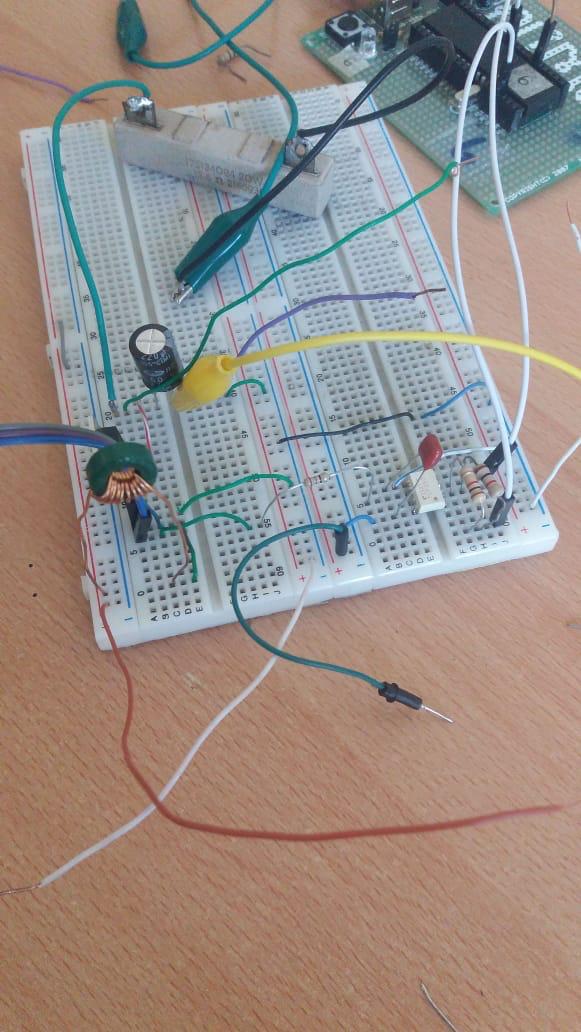 The usual reason for using an optocoupler there is to allow the PIC circuit to be electrically isolated from the FET circuit, so the PIC Ground doesn't have to be connected to the other grounds, but it may be.

The optocoupler +15V ground must be connected to the FET circuit ground.

Peter is correct, no need to connect the grounds, but it would make debugging easier. Also it looks like you have 500 Ohms on the plug board that are not shown in the schematics. It is usual to drive the cathode of the optocoupler (active low) from the PIC rather than the anode because the low drive can source more current.

Not the answer you're looking for? Browse other questions tagged power-electronics boost or ask your own question.