Why my Toroid Isolation Transformer has 112.3v to soil

I bought a Hammond Isolation Transformer (dual 234v/117v primary and secondary) for isolating test projects from ground. But when I measured it from one of the output to the soil, it measures 112.3 volts. The other lead is near zero. I thought it was supposed to be isolated to ground. 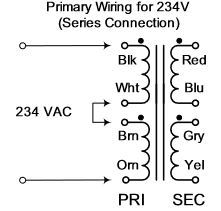 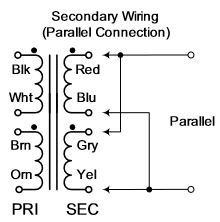 Note all the 4 windings have no connection to each other initially (tested using continuity meter). Even after connecting them right. There is still no connection between primary and secondary (any of the wires), when not powered. First, the 1182 series are not truly "isolation transformers". At least not on the linked datasheet. They are regular transformers with electrically unconnected secondary winding. While the secondary winding is not connected, the area of windings overlap is huge along the toroidal core, and thus there is capacitive coupling, since the whole thing operates on AC. 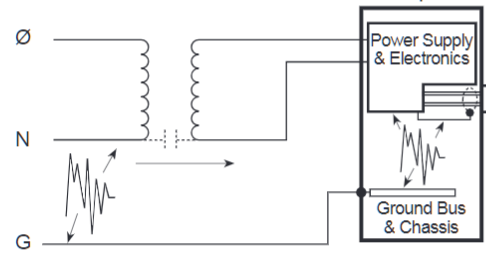 My take on the difference in readings is that by design, the windings are made in multiple layers, so one end is closer to primary winding, and the capacitive coupling is higher, while the other end is likely on the surface of the transformer, and has higher distance from primary winging.

The value of capacitive coupling could be 1 nF - 2 nF, which is about 3 MOhms, so a high-impedance DMM will see some AC voltage between floating leads and earth ground. And the effective leakage will be about 30 uA, which will be easily grounded once you connect it to your workbench ground.

True "line isolation transformers" usually include a single-layer winding (for toroidal core, and a non-shorted copper foil in rectangular bobbins, as Jeroen3 commented) with only one end exposed, which is connected to enclosure ground. In this case the cross-talk between primary coil and secondary coils is minimized, see Section "Line Transformers"

Why do you assume it is not an autotransformer?
The 3rd bullet point of the pdf you linked contradicts what you stated:

Note: Units are designed to have all windings engaged (either series or parallel connected) or connected as an autotransformer.

In an autotransformer primary and secondary are connected.

Now I understand the sentence quoted above, that primary and secondary are isolated but the manufacturer assumes/suggests that the transfmormer will be connected by the user in such a way, that all windings are engaged or as autotransformer.

6
Electric shock from laptop due to capacitive coupling?
0
Voltage on the grounded conductive devices when plugging in non-grounded outlet