Are the ground wires and the earth creating a loop in this system?

Below in the photo both SMPS power supplies powers some DAQ boards. I named them as 12V PSU1 and 5V PSU2. As you see the PSU1 and PSU2 are daisy chained at their mains entry(line, neutral, earth):

And here is the basic diagram: 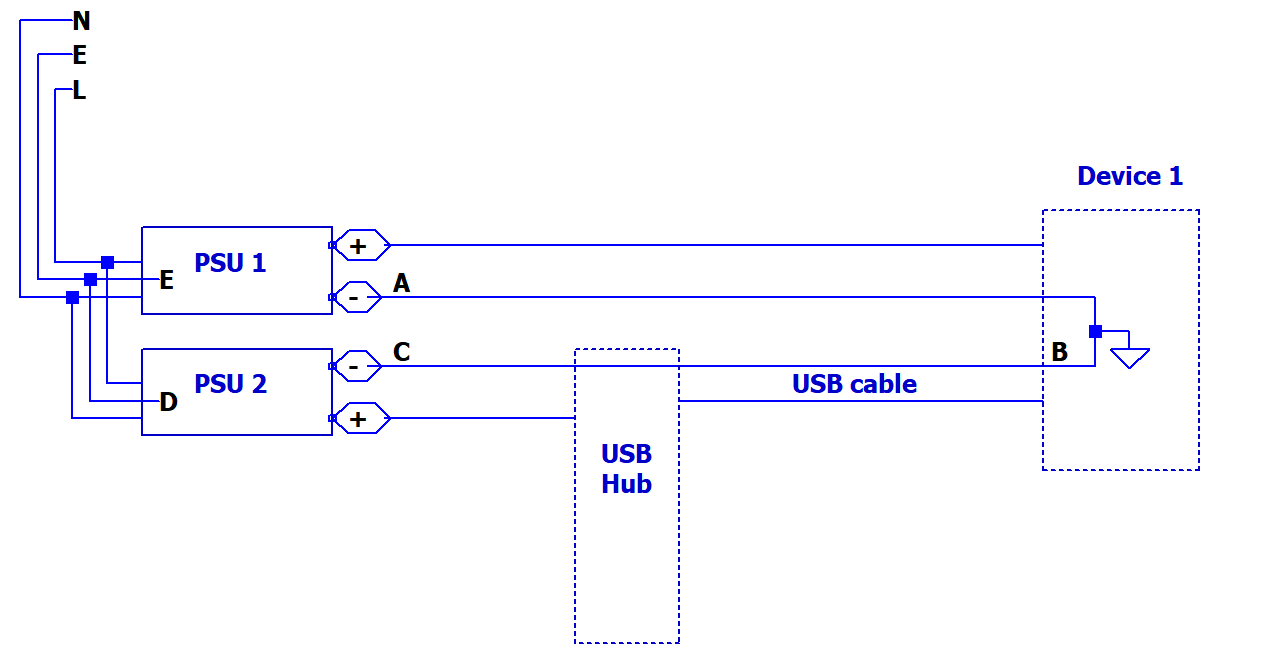 Above both power supplies powers the different parts of the remote device Device 1. In real there are six of them but or simplicity I draw one device. The PSU1 directly powers the device, the PSU2 powers the 5V part of the device through a USB Hub.

Knowing that in SMPS A E and C D nodes are capacitively coupled, is there a loop for high frequency across A B C D and E?

If there is can I eliminate that by cutting the daisy chain earth between D and E?

Block diagrams of the power supplies: 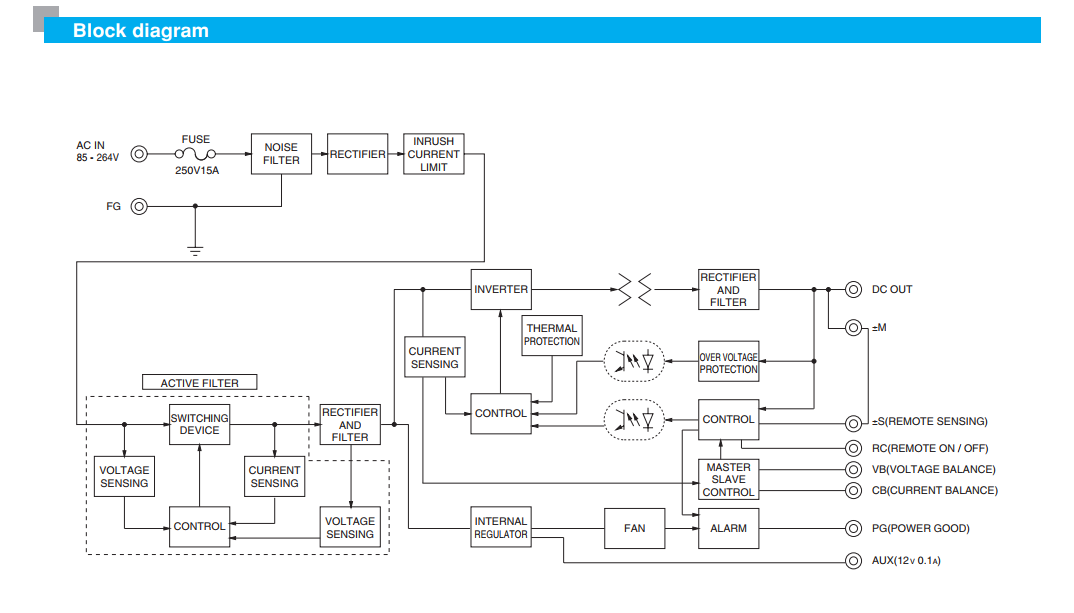 And here is the power line filter.

I suggest you disconnect the yellow cable from the line filter.

Yeah there's loops but they don't matter. USB signaling is primarily differential: so long as the ground is good it should all work fine.

if you suspect problems with the ground add more connections to ground.

Cutting ground connections so that fault currents would flow through USB cables has the potential to end very badly.

Not the answer you're looking for? Browse other questions tagged switch-mode-power-supply ground or ask your own question.

0
Is the meshed metal cage connected to the earth terminal in these embedded power supplies?

8
What benefit is there in synchronizing my switching supply to the system clock
5
SMPS gives “electric shock”
0
Strategies for powering an ATtiny micro controller and 40W peltier from mains
7
Measure voltage difference between ground and DC floating power supply lines
1
Eliminating ghost voltage and breaking ground loops in a system
0
Grounding and unisolated power supply
4
How to cure SMPS output to get upset by a switching device
0
How can I eliminate the loop in this diagram?
0
Is the meshed metal cage connected to the earth terminal in these embedded power supplies?
1
Through which route an SMPS propagates and picks up the switching noise?