How to burn bootloader to ATmega 2560 using Atmel Studio and AVRISP mkII?

Although my question might come familiar to many Arduino developer including me, but, I am somehow lost burning bootloader to ATmega 2560. Many comments I found were related to AVRDude (never used before, maybe I should but later).

I usually use Atmel Studio with AVRISP mkII in order to flash my firmware to ATmega 2560 on a custom PCB.

Now, I need to use Watchdog timer. If I use it, MCU keeps restarting every interval I set (which is 8 seconds). After little search, i found there is a bug for some bootloaders. So, I therefore have to change the bootloader. (Correct me if I am wrong). 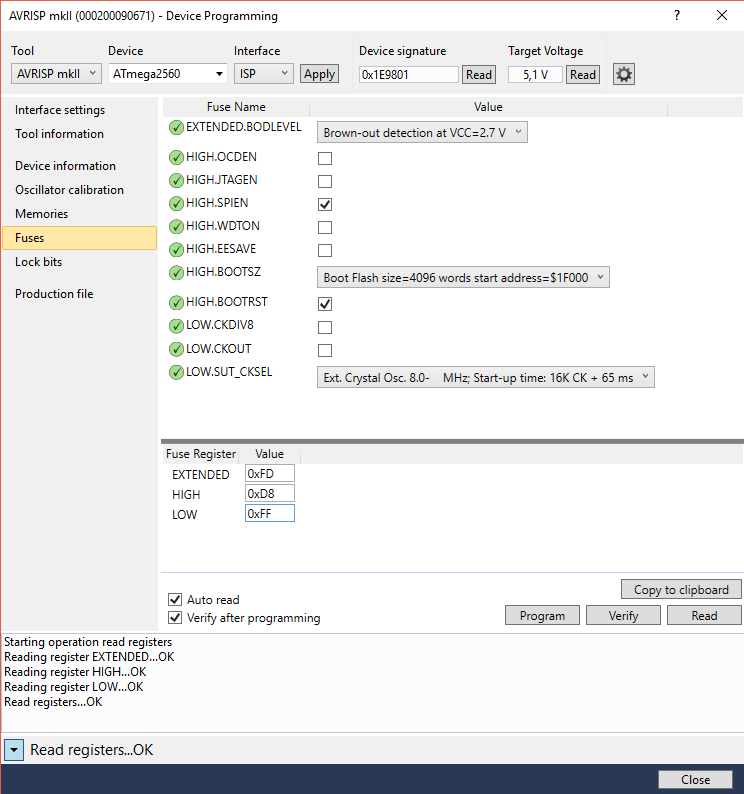 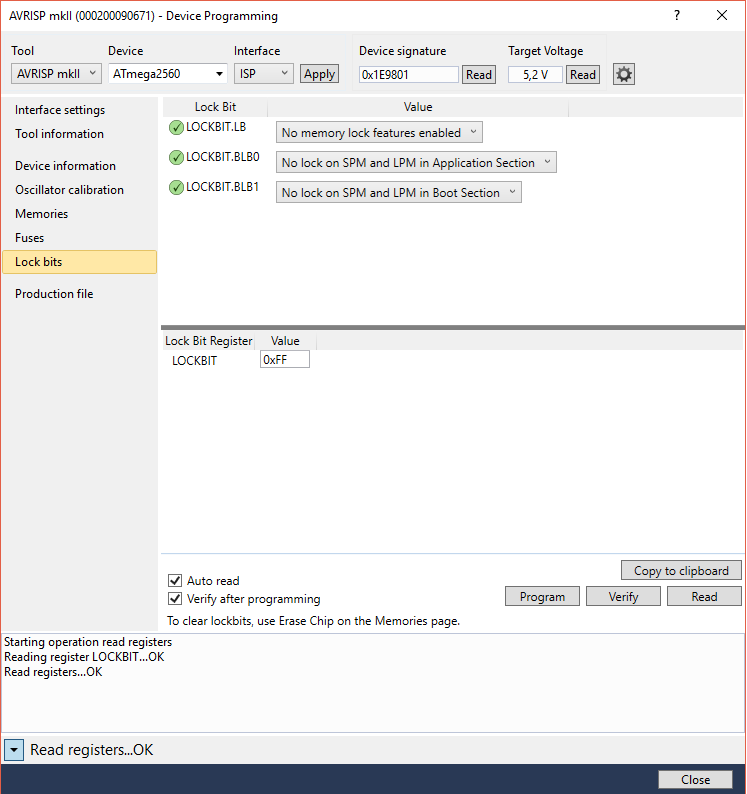 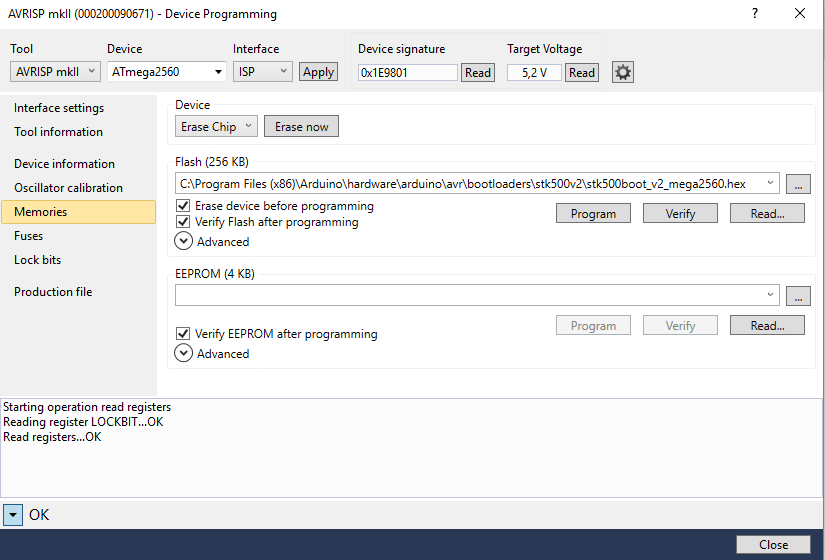 After all this I click Program. After the process is done, Programming: Flash...OK appears. I believe it burns to the MCU. Because, my existing program is not working anymore.

At this point, in the first place, I thought, this is it. Then I flashed my own firmware (this time with watchdog timer included) using the same tool/settings as above except HIGH fuse I am using D0 instead of D8.

What do you think?

Note that: the HEX file I am using for bootloder from the Arduino path as you can see in the screen-shot 3rd.

Note that: I have noticed after I created that question under electronics instead of Arduino SE, my apologies.

In the Arduino IDE (1.8.7 is the latest I think): Select Tools, Select the AVR ISP MKii as the bootloader. Select the correct board type (2560). Select Burn Bootloader.

Pretty simple, and it sets the fuses for you. The AVR ISP MKii does not power the board, be sure to the the USB cable to the PC connected for power.

Not the answer you're looking for? Browse other questions tagged bootloader watchdog or ask your own question.

4
How to burn arduino mega 2560 bootloader?
5
AVR and bootloaders - where to begin?
0
Where to put Bootloader Key in Ram, what address is the last ram address?
35
Why does my AVR reset when I call wdt_disable() to try to turn the watchdog timer off?
1
Behavior of AVR microcontroller only containing bootloader
2
Getting started with AVR programming concepts
1
Where would be the best place to start looking for information on developing a bootloader using 2 microcontrollers for a CubeSat?
1
FT230XS is not in sync when trying to burn bootloader