I'm experiencing some issues while probing a problematic I2C bus on the oscilloscope.

We achieved 4 sensors on the same bus as well as having 1 sensor on each one of the 4 bus.

However, we are not able to interface more sensors (i.e. 4 sensors on 4 bus or even 1 sensor on 3 bus and 2 sensors on the 4th bus). Some bus starts and continue working, some other don't start, some start and stop after couple of seconds, these behaviours being random.

While probing the bus on the oscilloscope I noticed what looks like heavy ringing when SCL (or SDA) goes from HIGH to LOW and I am wondering if it can be the source of the problem. Here you can see this ringing on the SCL line : 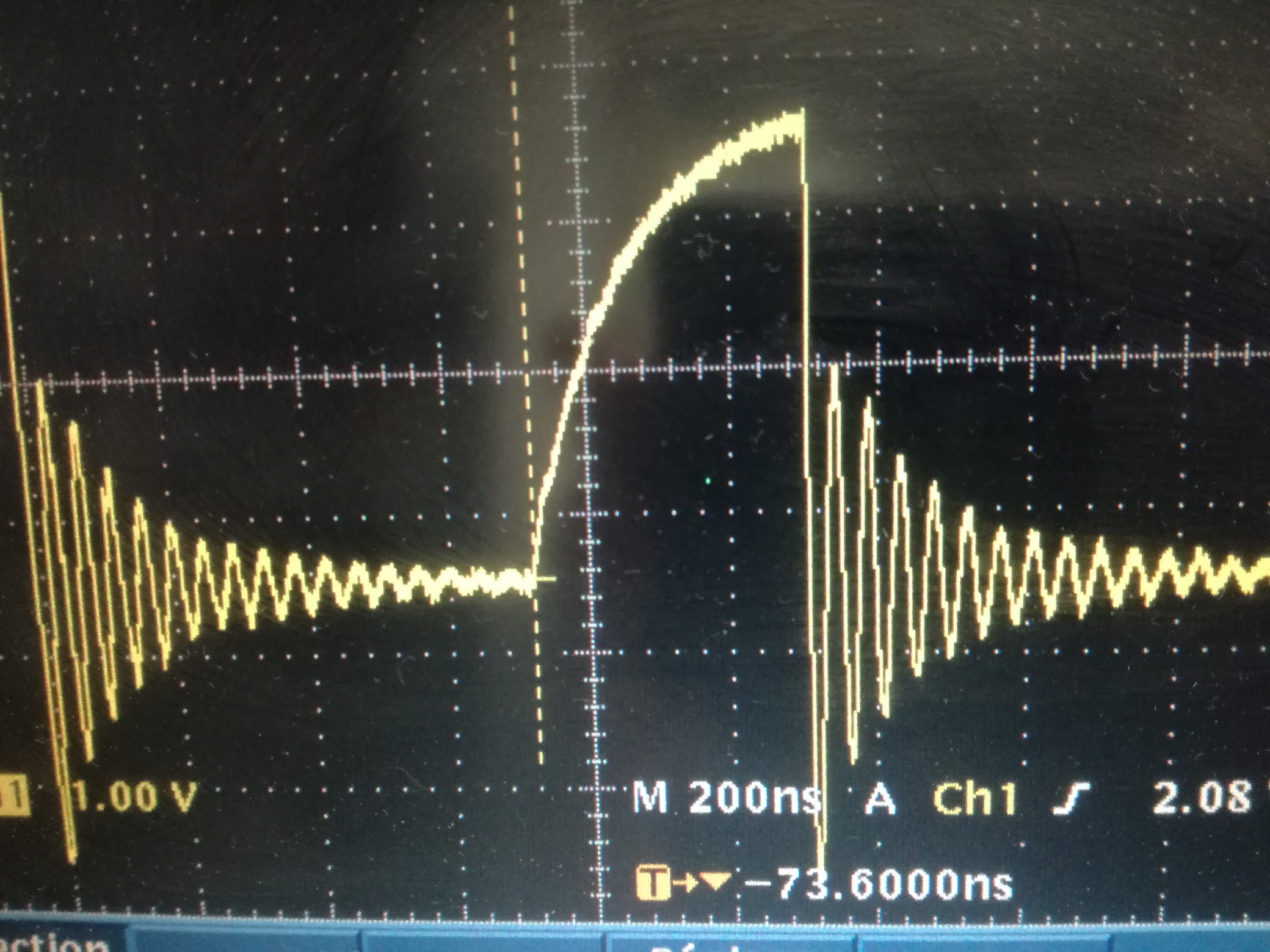 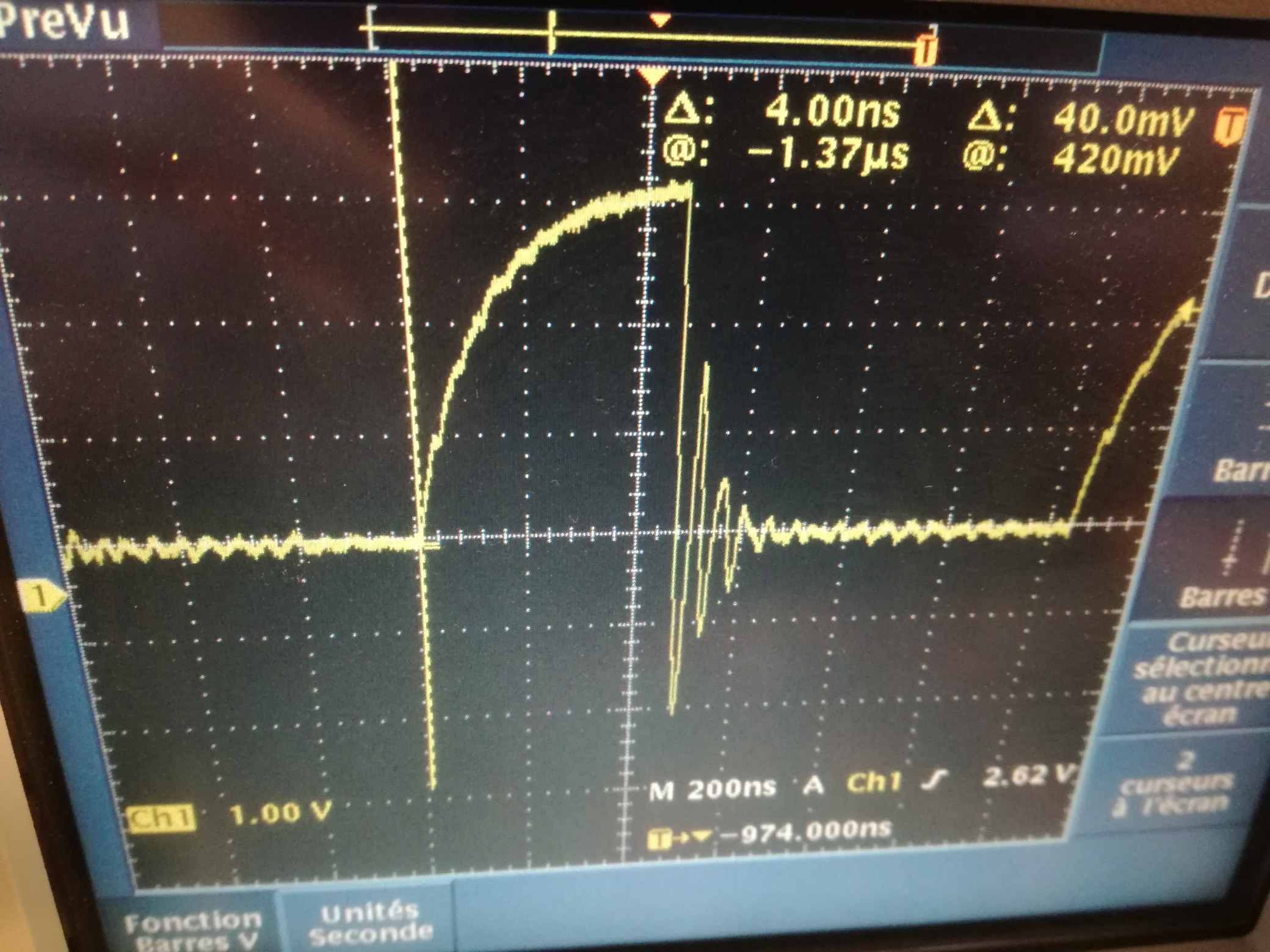 Some information on the I2C bus:

I am not the one responsible for the firmware but I do know that we are using DMA on the MCU in order to have 4 I2C FM+ running at the same time.

Some ideas we had but we can't clarify :

PS : I can't post a schematics of our set up right now but I'll edit my post as soon as I can.

Wow, that's an ugly waveform. Remove the 33ohm series resistors. Use stronger pullup resistance. 1.2k might seem correct, but the slow rise time indicates that it's too high.

Make sure there's the lowest possible resistance between the ground of each device.

Not the answer you're looking for? Browse other questions tagged microcontroller power-supply sensor i2c digital-communications or ask your own question.