I'm trying to make it so that my STM32L011 can jump from user code to the ST bootloader that allows flash to be reprogrammed over USART2. This is hypothetically the same question as STM32F091 Jump to Bootloader from application, but I'm not having any luck with the peripheral-disable fixes from that question. ST redid their forums and broke all of the old links to threads so I'm having an awful time finding clues as to other possible issues and I'm pretty stumped as to where to look next.

I have ruled out these problems: 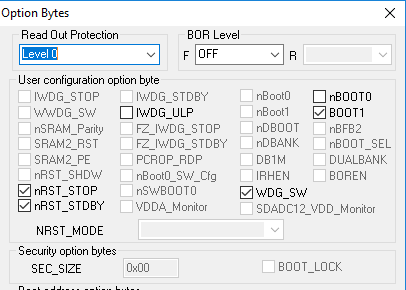 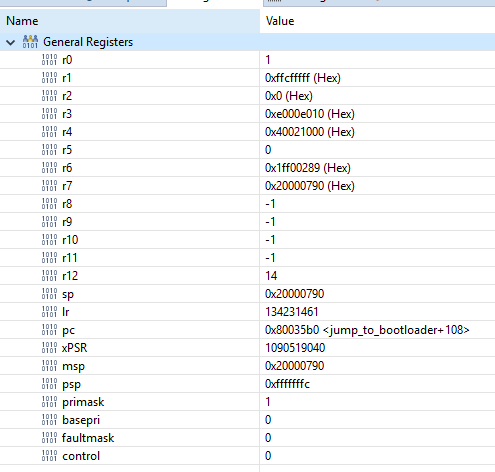 After stepping to the end of the jump function (debugger step buttons no longer enabled): 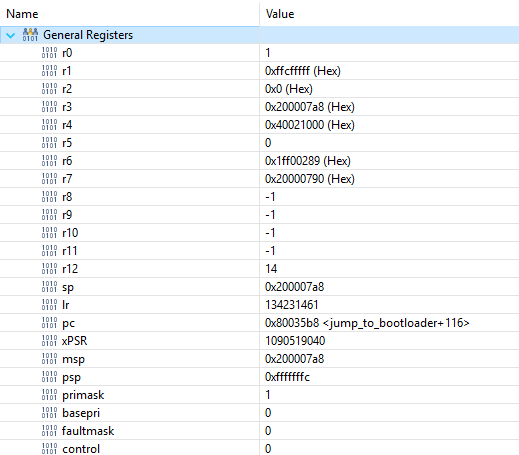 If I then click suspend execution on the debugger, it brings me back to an Eclipse-generated breakpoint at the start of main(). I don't understand how this could be the case as my application code verifiably no longer functions correctly, both with and without the debugger present.

My initial comment was completely wrong. But according to the comments above, the topic starter found what was wrong. Because of the empty check mechanism presented on L011 device you can't jump to the system memory from user code and stay there. I encountered similar problems on my L07x device with dual banking mechanism (similar issue https://stackoverflow.com/questions/42020893/stm32l073rz-rev-z-iap-jump-to-bootloader-system-memory). It turned out that the bootloader is jumping back to user code no matter what as long as there is a valid code in one of the banks. Of course, it is possible to bypass it by jumping to the address after the empty check, but it is difficult to find the correct address and there is no guarantee that STM won't change that address in the next printing of the chip.

Not the answer you're looking for? Browse other questions tagged stm32 bootloader firmware or ask your own question.

4
STM32F091 Jump to Bootloader from application