I purchased an Autofeel 30 inch light bar that has 4 rows of LEDs.

I have seen this bar advertised under a number of different names, but as far as I know it's the only one with 4 rows of LEDs (they all look the same). I have added a picture of the bar, so you may recognize it from that. 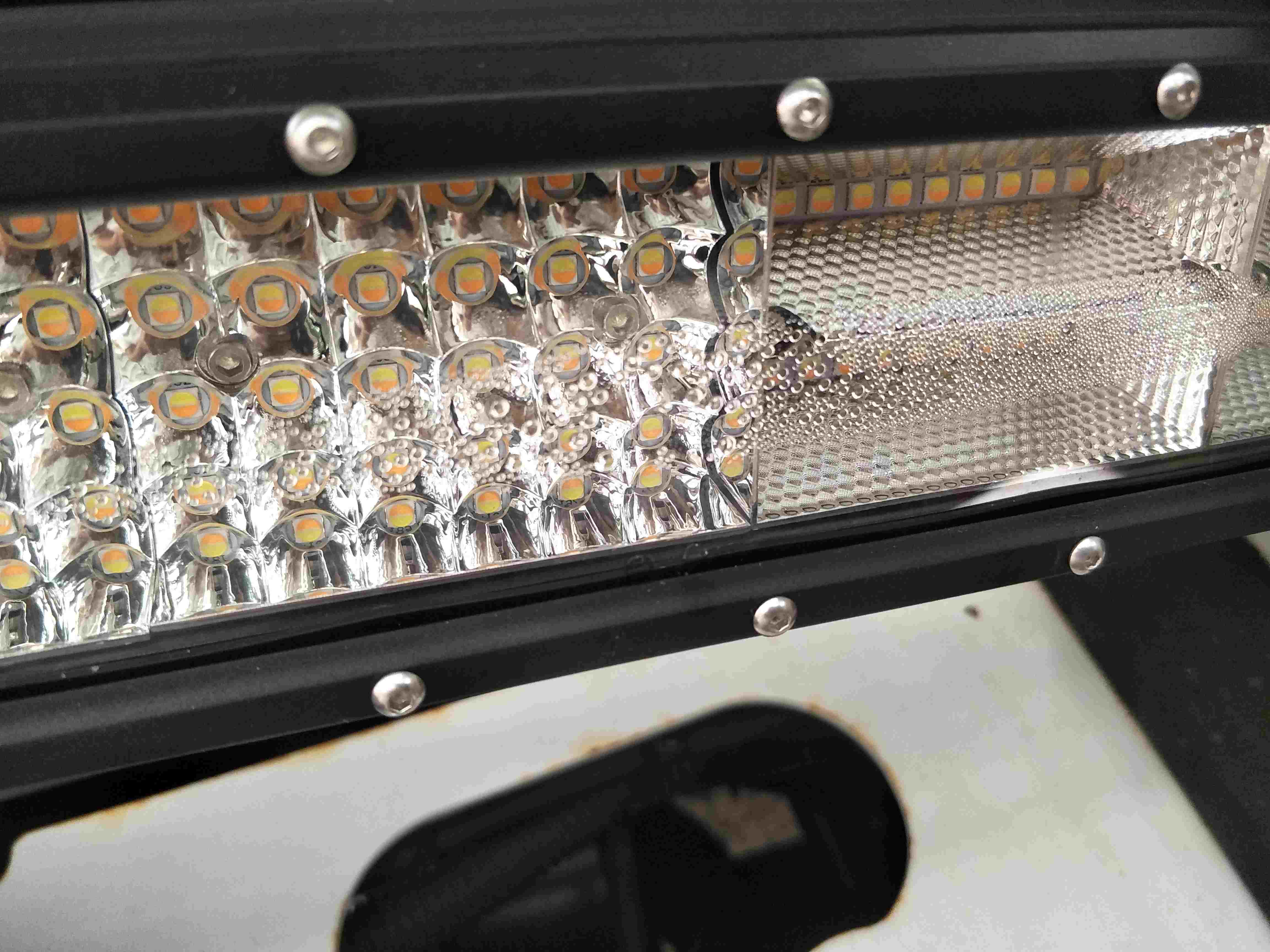 It's a cheap Chinese bar, but it works well for the purpose I want it for which is a side flood light.

My problem is it also has 4 modes (white steady, white strobing, yellow steady, yellow strobing). These modes are selected by a time delay, so if the unit is switched off and on in less then 7 seconds, it will select the next mode.

If switched off and on again after more then 7 seconds, it will go back to steady white.

I have it rigged up to sync with my high beam and it's proving to be a major pain in the rear (or front in this case).

My first thoughts (see my previous question) were to build a time delay circuit that prevents the unit coming on in less then 7 seconds after it was switched off and I think I have that sorted. However one of the contributors mentioned it would be better to directly modify the light bar.

I have seen it advertised with an extra wire which you use to manually select the mode (that's what I thought I was buying) so I guess it's possible to modify the bar to make it work like that.

So my question is, which is a long shot, I know: Does anyone have any information, circuit, advice to modify the light bar so it only works on white steady?

I have written to the manufacturers and the supplies but got nothing back, except how to use it with the time delay to switch the mode.

Browse other questions tagged automotive switching led-driver lighting or ask your own question.

2
Driving power LED modules in microsecond regime
0
What is the voltage of LED string when not conducting?
0
LED Fault in PCB - Some strings of LEDs intermittently dim
2
Suitable transistors for adaptive motorcycle light project
4
36x LED 5730 in series: diodes burnt when LED driver (based on BP9833A or MT7854BD) powered up
1
How can you power a device using a relay when the device uses power cables to change its operating mode?