I was designing a PCB to make a DotStar Micro LED (APA102–2020 datasheet) strip and I saw that none of the products sold in the Adafruit store that uses these same LED's have capacitors in each led as every other LED Strip do. 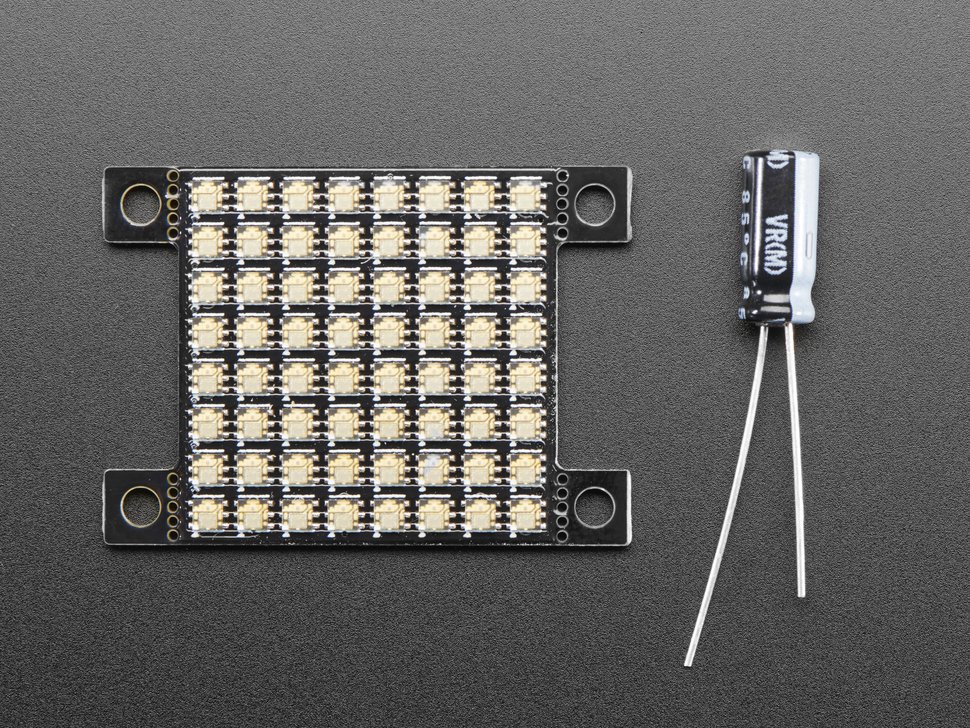 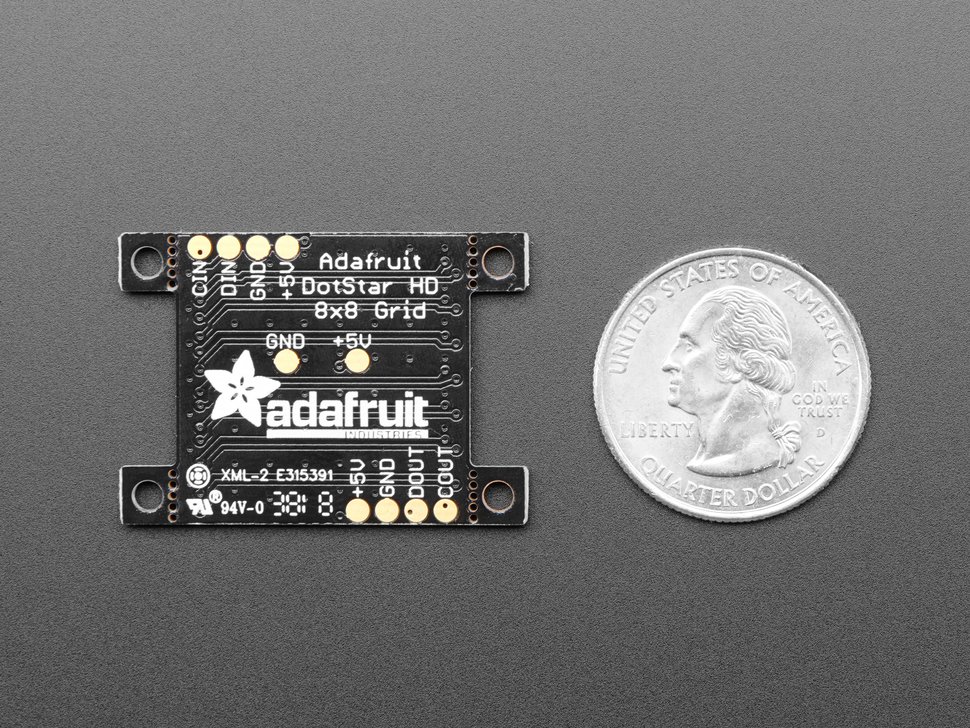 Now in the product descriptions, it says:

To keep the board small, we did not put any small surface-mount capacitors on the front. Instead, there's a power/ground pad set on the back and a 220uF capacitor that you can solder onto the back for a compact fit

So I'm trying to understand why having only one capacitor for the circuit is enough, in their Powering Neo Pixels (datasheet) guide it says that:

adding a large capacitor (1000 µF, 6.3V or higher) across the + and – terminals. This prevents the initial onrush of current from damaging the pixels. and all of the Neopixels led strips have individual capacitors as well

I didn't find anything that seems to answer my question in the datasheets, but since I'm making my own strip PCB would you say that it's better to have individual capacitors for each LED as well? and wouldn't voltage drops end up

In my application, I will just use the LED's momentarily in a suit so I would appreciate if I could remove the individual capacitors for a single one since I want the LED's to stay very close and would need to put the capacitor in the back of the PCB.

Also, it seems that the back of the PCB in the photo is the copper pour of the Ground and I imagine the same goes for the Copper pour of the top part for the VCC, I've never seen a VCC copper pour (don't really have a lot of experience with PCB's) so it that what is happening here?

To sum everything up: I want to make 8 DotStar APA102–2020 LED strips 300mm long with 32 LED's in each of them. They will be placed inside a visor in a way to form a matrix with some horizontal space for visibility.

I will power my 256 LED strip with a 2S (7.4V) Lipo Battery and a buck converter, so if the reliability of the power source could change the answer, I can try to buy a converter with the less ripple possible.

Decoupling is more of an artform or black magic. It's a skill learned though trial and error. Adafruit is recommending 220 ųF after testing, as a us based hobbyist reseller interested in the least number of complaints/returns for bad products (i.e. they have a vested interest in making sure the product works as stated). The difference being that this fairly small compact board is different from a long flexible printed circuit board, and the capacitance required will be different due to the dimensions of the board and how much copper is used. FPC, especially over a few feet, is fairly poor in its characteristics, high resistance and inductance compared to a small dimension square copper clad fr4 board.

For your use you could put a bigger capacitor on a short wire close to the board to make it easier to place. Just keep in mind, the longer the wire the worse it will perform. An inch wouldn't affect it much, while allowing you some leeway in hiding it. 1000ųF 2 inches away would work fairly good imho.

I didn't find anything that seems to answer my question in the datasheets, but since I'm making my own strip PCB would you say that it's better to have individual capacitors for each LED as well?

Without any decoupling cap, these LEDs won't work. They are not just LEDs, there is also a small logic chip inside and this requires a stable supply voltage. With lots of LEDs switching and drawing variable current from the power supply, you need a low power supply impedance to keep voltage variations low.

Let's suppose all the LEDs are OFF, and you turn them all ON. According to the page on adafruit the PCB will draw 2.5 Amps. This is a lot of current.

I don't know if these NeoPixel LEDs will all turn on/off simultaneously or if they will do it when adressed, but they do use PWM, so if set to an intensity which is neither 0% nor 100% they will PWM and turn on and off quickly.

So i'll use a 2.5A current ripple as a worst case, per PCB. It will probably be much less in practice.

Rapid current changes from the PWM will interact with the wiring inductance and cause havoc with the local power supply voltage. Since wires are inductive, current changes cause both voltage drops and voltage spikes which will destroy the LEDs. The role of the decoupling cap is to act as a local reservoir of charge to quickly provide current when a LED turns ON, but also to absorb the voltage spike due to wiring inductance when a LED turns OFF.

The 220µF Nichicon VR capacitor pictured has an ESR of about 1.5 Ohms maximum, which is much too high for this ripple current, but it is probably enough to work just fine.

I would use a Panasonic FR 470µF 6.3V instead, which has an ESR of about 0.1 ohms and is also very cheap. 2.5A is way above its ripple current spec but it will last longer than the battery pack anwyay. But if it works with the caps provided, feel free to use them.

Now if you want this to be very flat, you will have to mount the caps somewhere where they fit.

If you want it to be thin, you can also use flat SMD tantalum caps, but I think you're not going to like the price.

The fact it works with a 1.5 ohm ESR cap indicates that the value of the cap is relatively irrelevant, which means it would work with a much lower capacitance. Thus another option is to grab the large capacity ceramic X7R SMD cap, for example 1210 or 1206 10µV 10V which is cheap, and put one on each side of the board between the "GND" and "+5V" pads. You will have to be careful not to crack them when manipulating the wires though, since they will be soldered on the wire pads. This is a nice solution though, as these ceramic caps are very thin and won't interfere with your height requirements. Make sure you check their height though, some are taller than others.

However, now we have another problem: you say you're going to make "8 300mm long strips inside a polycarbonate visor".

Since the module is 25.4mm square this is 11 modules per strip, 88 modules total, thus the maximum current draw will be 220 Amps and the max power will be 1100W.

Since these numbers are insane, I'm going to ask you to clarify before looking deeper into it... 'cause if this is true you're going to have a power supply problem... and if this is inside a Daft Punk style helmet, your face is going to cook.

Not the answer you're looking for? Browse other questions tagged pcb led-strip or ask your own question.

0
How to avoid high current flow through long runs of addressable LED tape without compromizing the data ground
3
Maximize efficiency and brightness of diff color, cheap, 5m 5630 SMD LED strip lighting
2
How do I calculate capacitor size in relation to LED quantities?
0
Individual Led vs LED Strip
1
Controlling individual LED strips of different kinds and lengths with a single microcontroller
2
Inrush current for LED strip circuit
5
Why would I need a capacitor in front of a LED strip?
1
How to wire DotStar LED strip with 6 wires at the start of the strip
1
What purpose does a capacitor before each SK6812RGBW serve?
2
TIP120 LED strip dimming with flickering problem + questions delay