I'm designing a backplane that can be configured with different breakout boards (BoBs - example below of a simple pull-up type). The backplane provides two different voltage rails (J2 and J3) and collects the BoBs' output signals (J1).

Since the footprint of the BoB is somewhat complex, I'd like to export it as a PCB footprint so I can accurately line up the connector locations on the backplane. Is there a way to do this in KiCad 5? 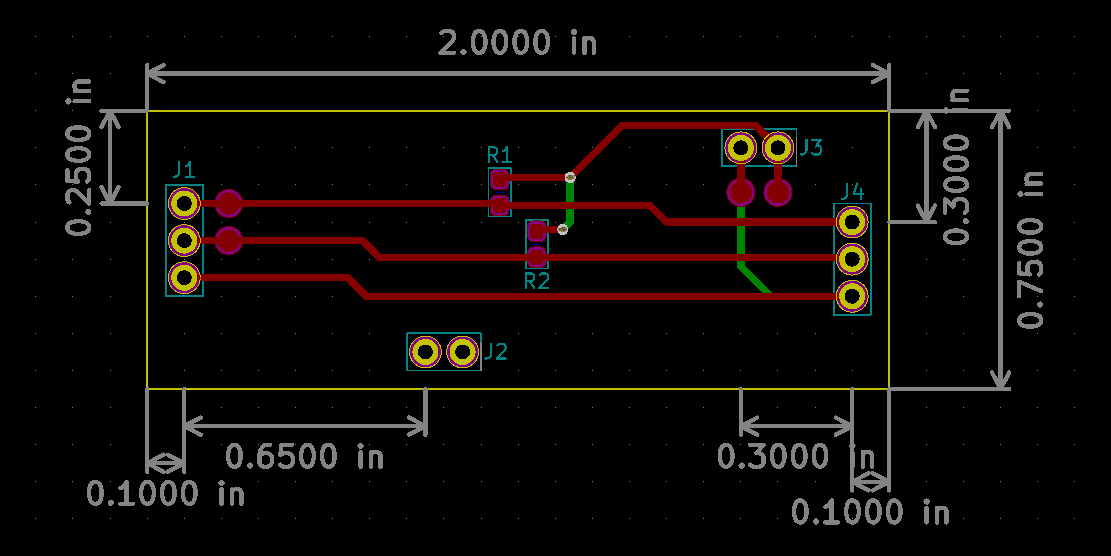 KiCad does not provide an out of the box feature to do what you want.

One option that comes to mind would be to use a template instead of a footprint. That would have the benefit that you have one entry in the position file for every connector needed instead of having only one for the full model. (Relevant for automated production.)

Another option i can think of is to export the board to freecad and convert it to a footprint in this program. (KiCad stepup would be the way to go with that. Showcase of the footprint generation feature)

You can also look for clues over at the forum. This thread might be a start: https://forum.kicad.info/t/converting-board-to-footprint/2781

A simple way is to realise that a foot print is not necessarily a traditional 'component' like a connector or resistor. It is a geometric collection of pads (and some other graphical lines like edges, holes and silk screeny stuff). So consider the KiCad inbuilt Arduino shield 'component':- 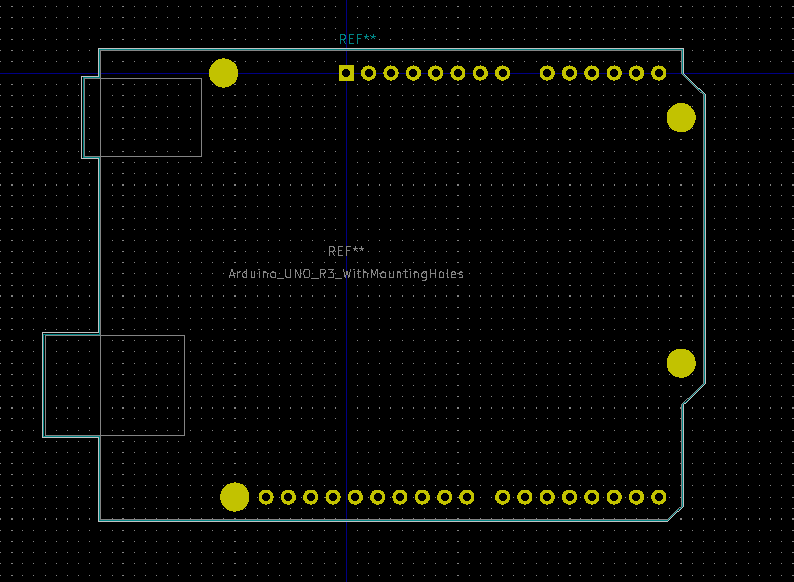 In many ways it's similar to your BoB (4 separate connectors). And you have a well dimensioned pcb. So just create a new component called a BoB with your 10 connector pads. Use the footprint editor. And you can also use the symbol editor to create a new part symbol called BoB. You'd then use it like so:- 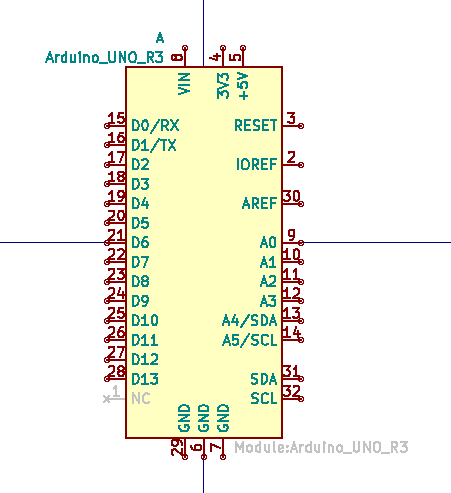 Just try to get your head around the fact that the schematic bits you'll be designing will be atop the physical footprint, yet draw away from it on the schematic sheet. This took me a while, but once understood, it's really handy as you'll be able to share both the footprint and symbol between the backplane and BoBs.

0
Placing a QFP 52 footprint on the PCB in KiCAD
0
Link footprint to schematic KiCad (version 4.02)
0
First Arduino Board Design
1
Extract part of a PCB to make a new footprint in KiCad
2
KiCad PCB Layout Editor - Selecting entire component/footprint instead of a particular element
3
KiCad 5.1: New footprint from existing footprint
1
KiCad footprint or supplier footprint?
0
KiCAD: Footprint for pushbutton (arduino)
0
KiCAD: Footprint etc. for a breakout board on a PCB, which is to be designed