I understand the concepts of electrical and optical bandwidths, but I encountered an example problem that used the following formula to calculate the electrical bandwidth:

Can any one explain to me why the equation holds? (I couldn't derive it based on the definitions) Thanks! 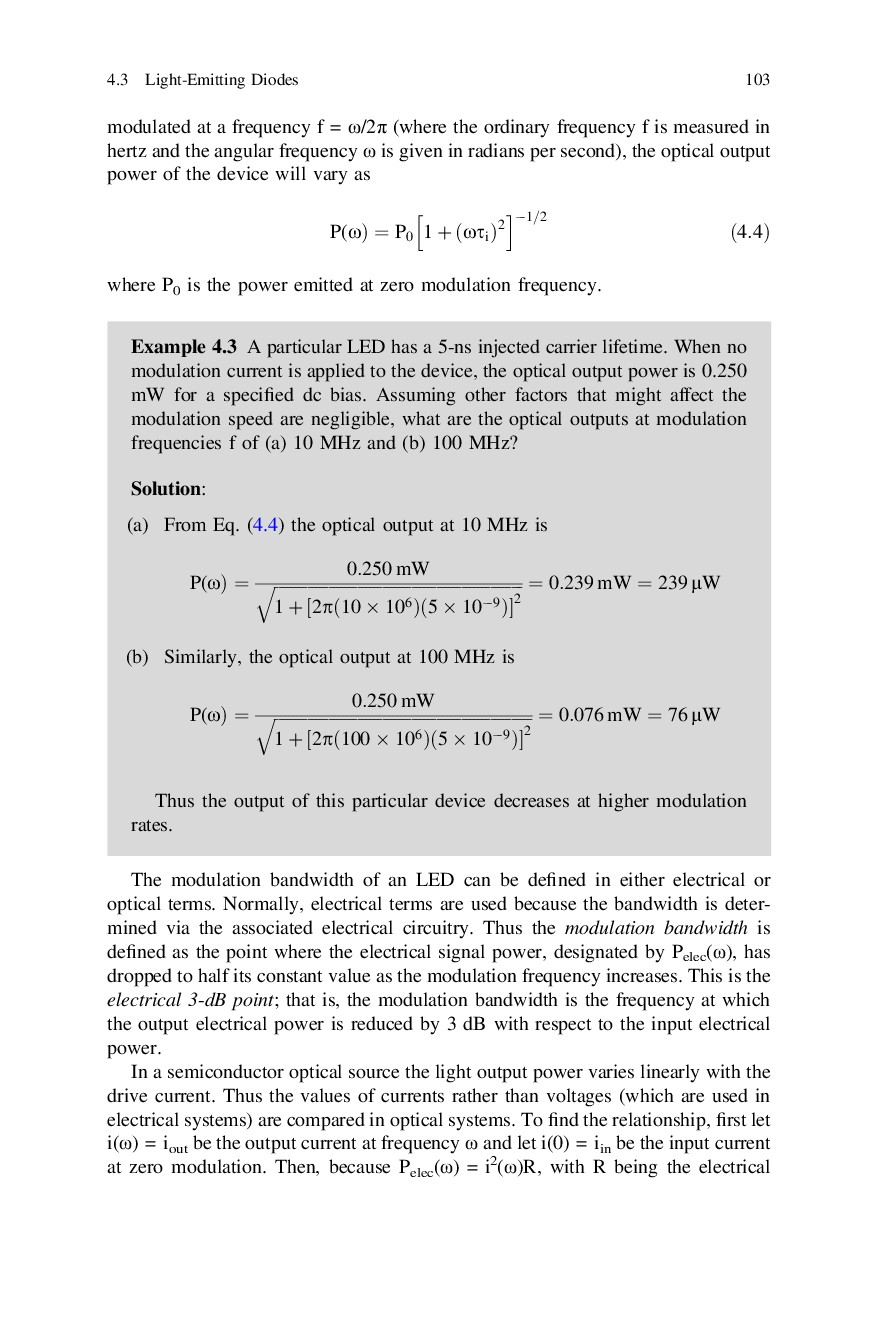 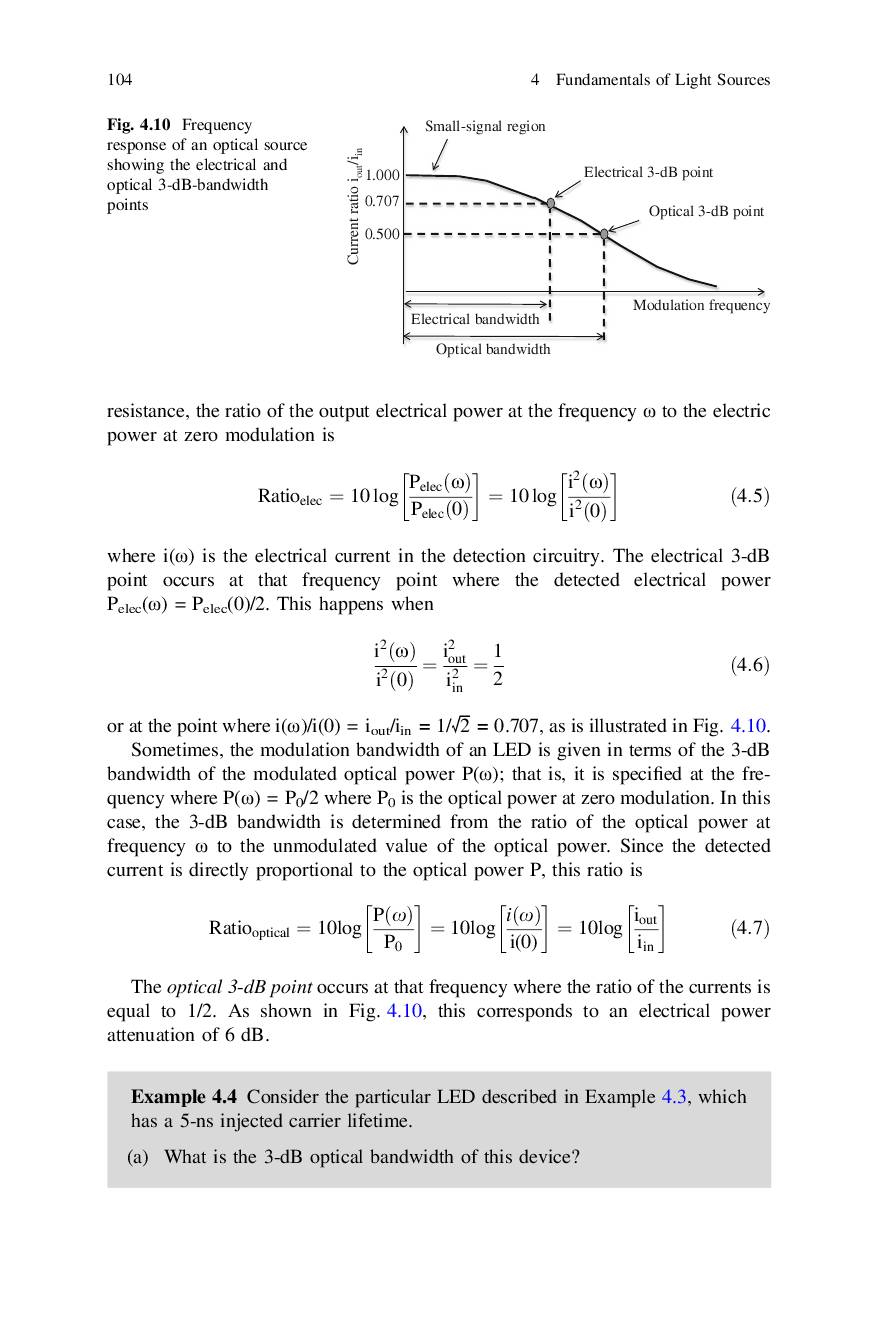 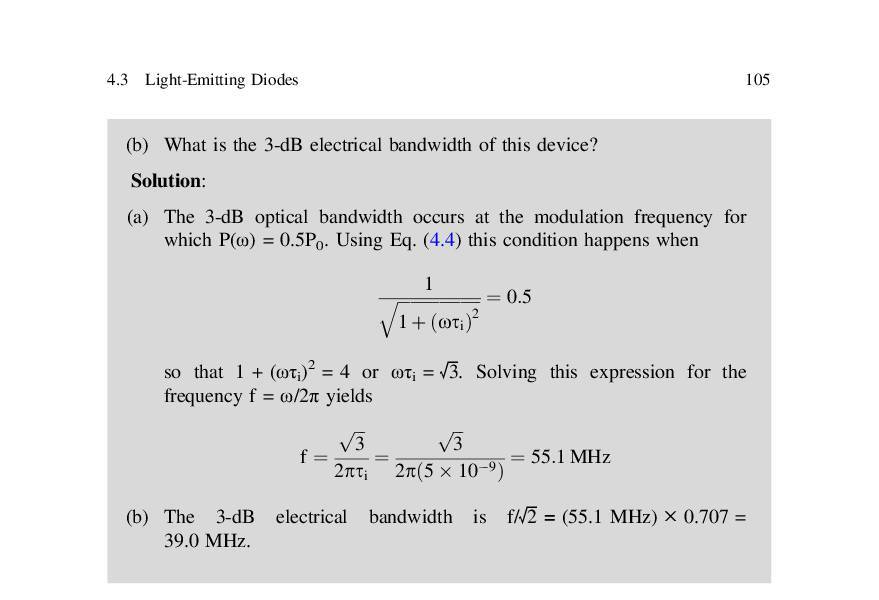 So, if you have some bandwidth restriction in your optical path and it reduces the optical power by 3 dB, after passing through the photodetector the electrical signal power will be reduced by 6 dB. If you assume a single pole filter effect, you'd have to reduce the modulation frequency by a factor of \$\sqrt{2}\$ to find the frequency where the electrical signal is reduced by only 3 dB.

So your book's statement depends on a number of preconditions that should be stated somewhere in the text:

Not the answer you're looking for? Browse other questions tagged led bandwidth optical-fibre or ask your own question.