Biasing Two BJTs with One Signal 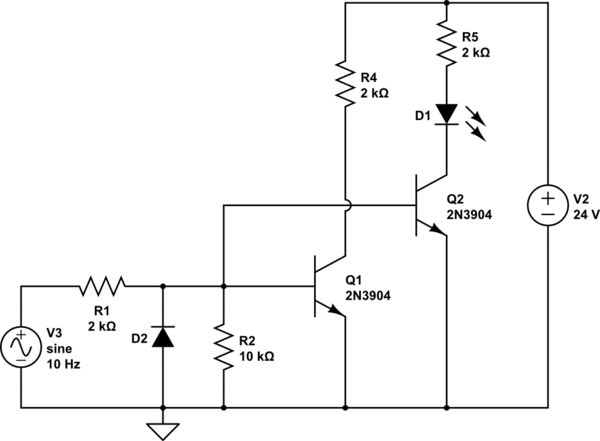 I currently have a circuit with a 2N3904 BJT that acts as an on/off switch. I want to add a second BJT in parallel that toggles an LED on/off to indicate the on/off status of the first BJT.

I've tried simply connecting the bases of the two transistors together, but this has not worked, I think due to insufficient base current now that the current i is being split between 2 transistors.

If I halve the biasing resistor values to double the amount of current, but maintain the R1/R2 ratio, should this theoretically work?

Edit: Apologies for not adding a schematic, I wasn't aware there was a built in feature. This is the schematic I tried, which obviously did not work. Upon reading the comments, it seems that adding a resistor in series with the base of each transistor could help solve the biasing issue?

You cannot simply connect the bases of two NPN transistors like you describe if the emmiters of both the transistors are connected to GND. Instead you have two alternative choices: