I am using IRLML6346 NMOS in LTSpice. Its threshold voltage is Vt = 0.95V. I plotted the graph of Vds(voltage between drain and source) vs Ids(Current from drain to source) for different values of Vgs(Voltage between gate and source) 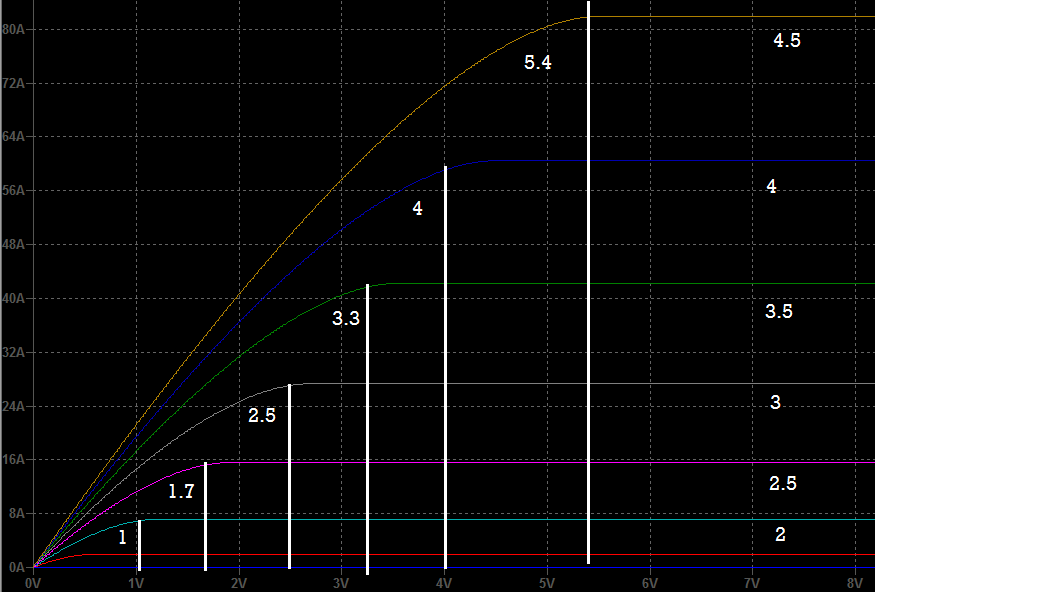 I have written the gate voltage Vgs on the right below each plot and the approximate Vds value after which the NMOS goes into saturation mode.

This same case happens for all the Vgs values. The saturation occurs much later. Why is this so? 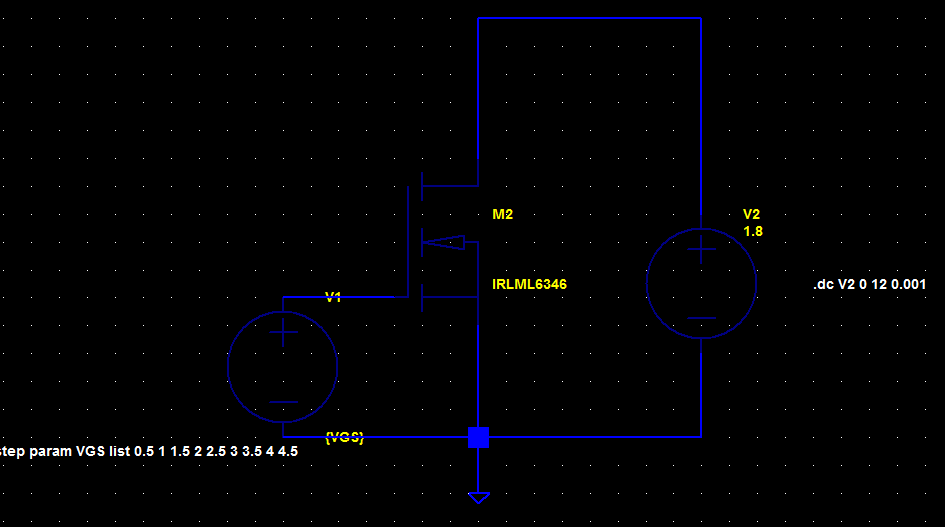 This is the circuit I have made.

Why does the MOSFET does not go into saturation mode as soon as Vds >= Vgs - Vt?

You forgot about RdsOn * Ids.

I think linear Saturation is better defined as ;

You may sub RdsOn with another equation and reduce more. 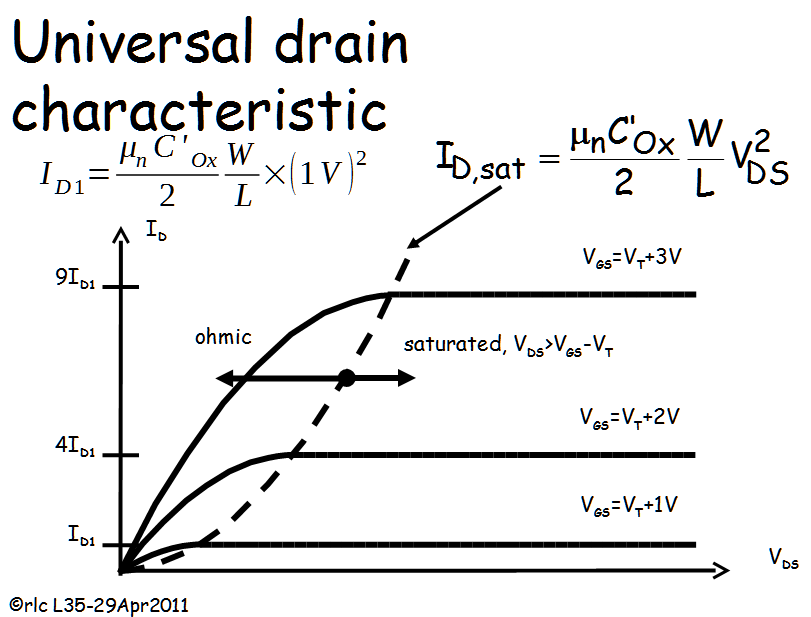 Not the answer you're looking for? Browse other questions tagged mosfet ltspice delay nmos saturation or ask your own question.

1
doubtful about N-mosfet
0
Depletion Mosfet working as enhancement NMOS
0
How to do DC Analysis for a Common Source Biasing Circuit using NMOS
2
MOSFET delay time when transitioning between triode and saturation regions. Charging and discharging mosfet
0
N-channel mosfet with negative drain current
0
High Vds across MOSFET in saturation mode in Flyback converter during simulation
1
Why does a MOSFET enter saturation?
1
N-MOSFET Gate to Drain short and Vgs
1
MOSFET operating point in linear mode