I'm reading this article about stability of OpAmps: Link to article.

It says: "If Aβ is less than unity at the high frequencies where phase shift reaches 180°, the high-frequency phase-shifted signals will gradually fade away instead of progressively building up into major oscillations." This is depicted in the picture below.

However, I don't understand this. Shouldn't the system also be unstable at a loop gain less than 1? The 180 degree phase shift in the loop plus the subtraction at the summing point results in positive feedback (See figure 2 below). This means that when a signal is fed into the system (at the control input) it will be attenuated by the loop gain and the phase will be shifted 180 degrees before it arrives back at the summing point. The control signal is still present at the plus input of the summing point so the two signals will be added up resulting in a greater signal than before. When the system keeps doing this the amplitude of the signal will rise to infinity and thus the system will also behave unstable.

My question: Is there an error in my analysis? Why is it that the system is stable at a loop gain < 1 and a phase shift of 180 degrees? 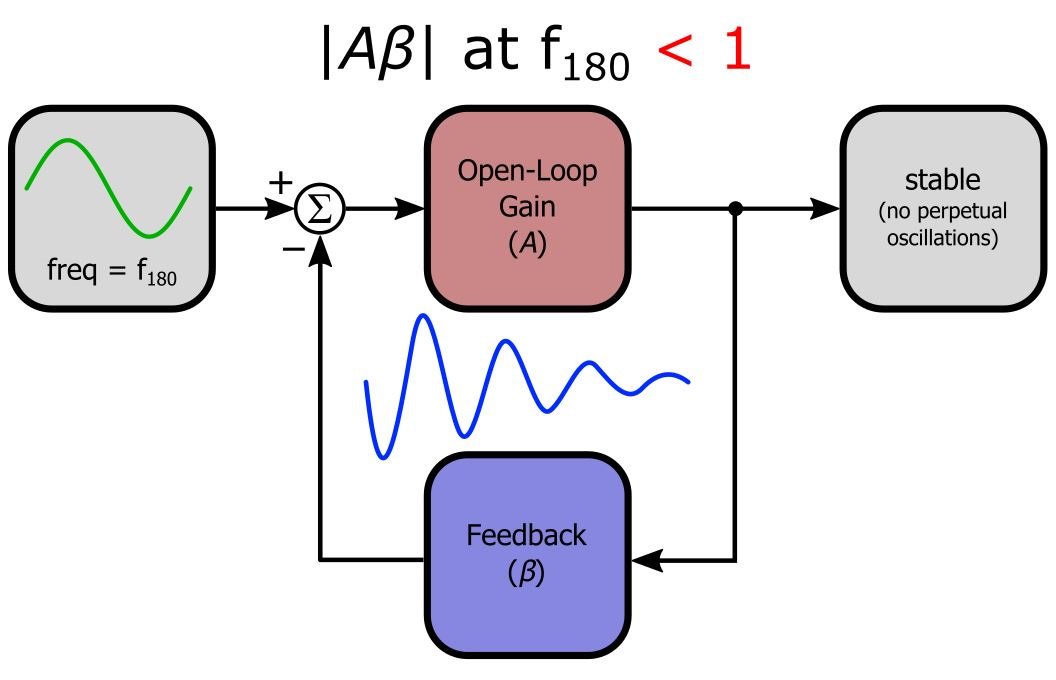 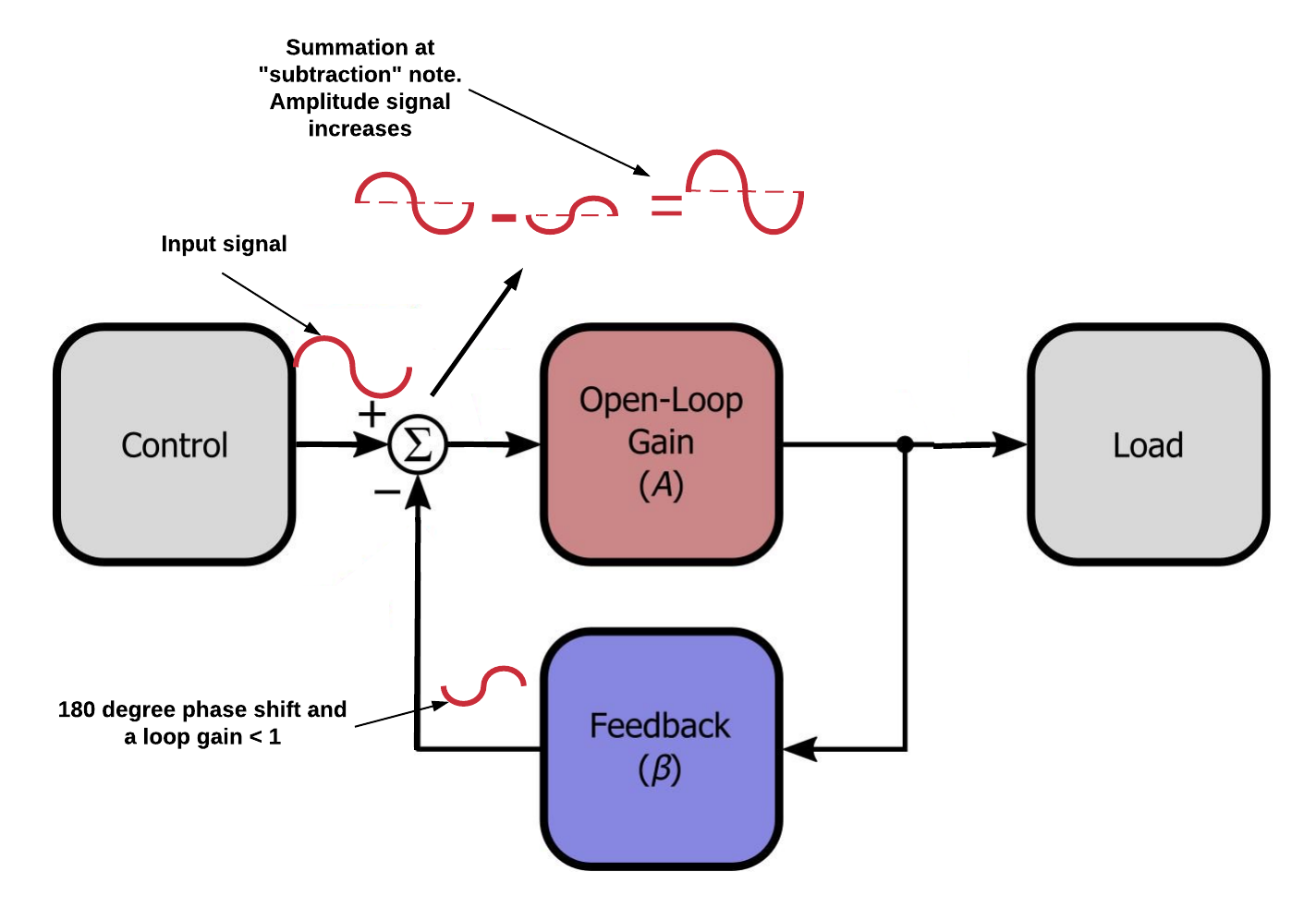 When the gain is >1 with 180 phase shift and another 180 by negative feedback , you have a positive feedback with growing amplitude since loop gain >1 and non inverting and thus an oscillator. ( i.e. unstable or "astable" )

Where the loop gain >1 at 180 phase shift is the resonant frequency of the oscillator.

The output will be saturated which reduces the gain to 0 when saturated but by this time the stored energy ( sine voltage feedback) from the reactance that created the 180 phase shift , has enough amplitude. The DC still is negative feedback so it biases the into near 50% threshold for a square wave out.

Not the answer you're looking for? Browse other questions tagged operational-amplifier control stability loop-gain or ask your own question.