Instrumentation Amplifier - is it possible to have an output signal inverted, with respect to the supply voltage?

I'm doing some circuit design in order to translate a load cell input into the pedal input of a Logitech G27. What I want to achieve involves having a balanced state output as close to 5V from the amplifier as possible (the original pedal outputs 4.9V, using a potentiometer as a voltage divider to measure the travel), and at full load on the load cell have a lower voltage (original reads 1.4V at full load). 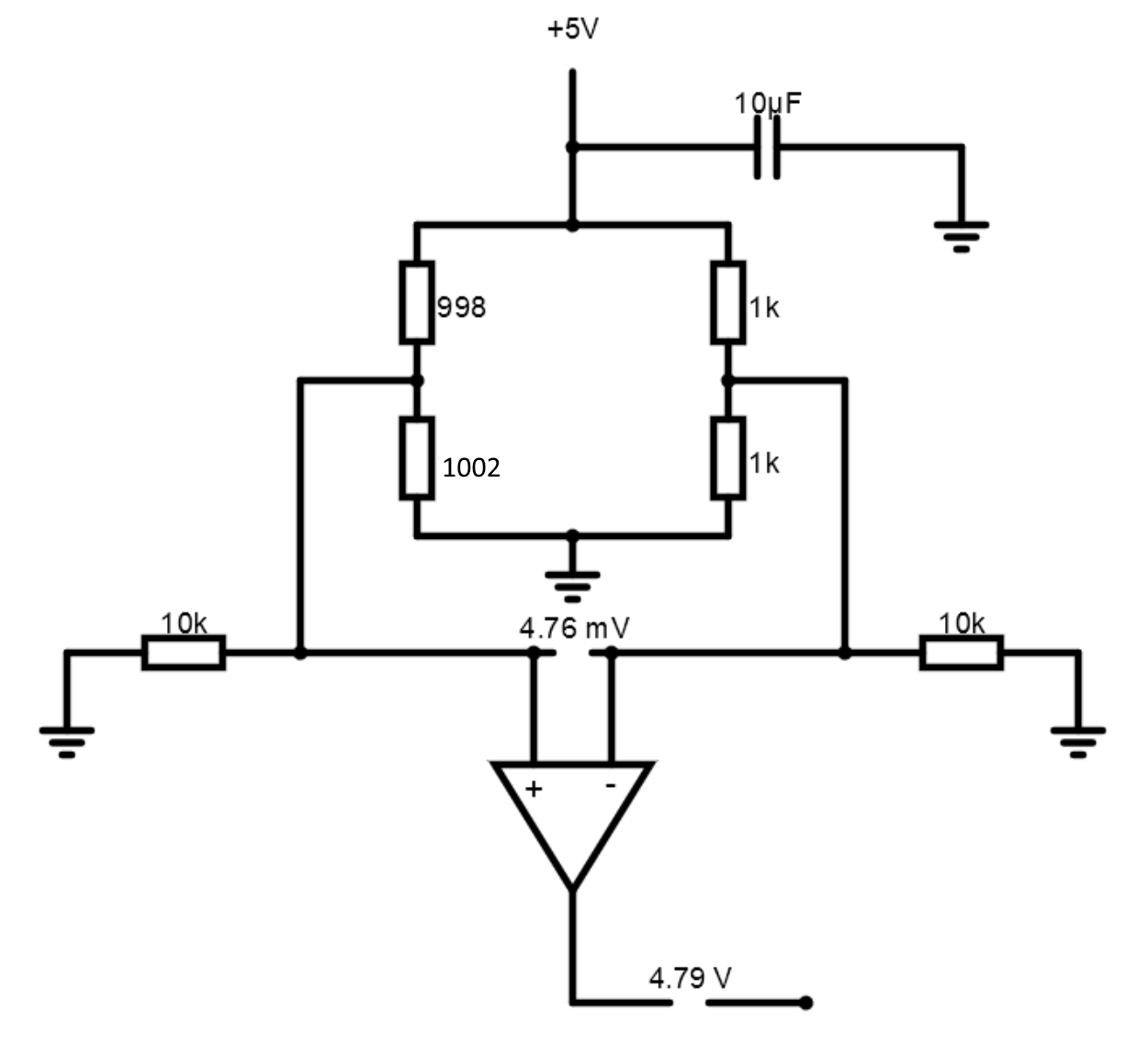 Circuit simulation: here. Sorry, I haven't translated it to CircuitLab, hopefully this will suffice. Based on a design from here, albeit the design there is using an INA122 (similar to the INA126, but with different internal resistances which alter the gain calculation).

What I currently have is a straight amplifier circuit, using an INA126 IC. The load cell is a half-bridge model, with 1000 ohm resistance at no load on both sides. At max compression, the resistance changes to roughly 1002/998 ohm on respective arms. This resistance difference is converted using a Wheatstone bridge by the INA126 (represented in the simulation as a single op-amp, since the simulation only has singular op-amps; the INA126 is a two op-amp instrumentation amplifier with an external gain resistor, setting the gain to roughly 1000; and having internal feedback connections [datasheet]).

In terms of voltages available, I only have one 5V source, and no negative voltage supplies available.

Is it possible to reconfigure this circuit to output on a 5v-0v scale, rather than 0v-5v, without adding any more op-amps or ICs? Or will another rail-to-rail op-amp be required, purely to invert the voltage on this scale?

You should be able to do this.

(caveat: I haven't tried such high voltages on the REF pin myself, and I'm not specifically familiar with the INA126)

Not the answer you're looking for? Browse other questions tagged voltage operational-amplifier instrumentation-amplifier load-cell or ask your own question.