How to select a diode for a Baker clamp?

What are the requirements when selecting a diode for a Baker clamp circuit? 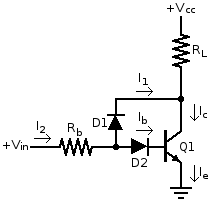 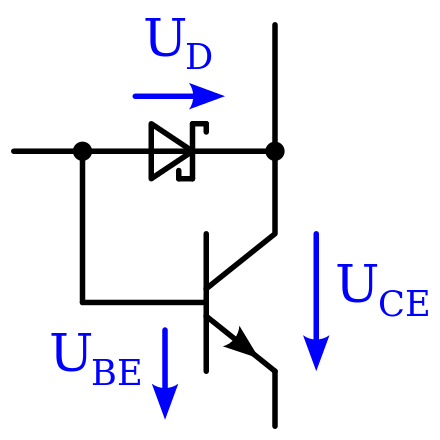 This question assumes done knowledge of Baker clamps, so for readers that aren't familiar: when a BJT is in saturation (switching), Vbc can become forward biased. When that happens, charge builds up in the base that takes a long time to dissipate (100s of ns). So if you want to switch fast, you can limit that charge build up by making sure Vbc never goes into forward bias (put a diode between the b and c known as a Baker clamp). To work best, Vf of that diode should be as small as possible. Additionally, you can limit the amount of charge stored by keeping Ib as small as possible or by adding a capacitor in parallel to Rb to "pull out" the excess charge when the switch goes off. That is known as a speed up capacitor.

Not the answer you're looking for? Browse other questions tagged transistors diodes bjt base clamp or ask your own question.