What happens to the emitter electrons when a BJT is in saturation region? Do electrons move from the emitter to the collector because of the base being saturated with electrons? What are the conditions for this to arise?

The name saturation has more to do with the bias voltage-current relationship rather than the behavior of the carriers themselves.

In forward-active mode, the collector-emitter current is a result of the the combined action of the following:

This second point is important: the base-collector voltage must be sufficiently reverse-biased such that the formation of a wide enough depletion region in the thin base region is possible. As the magnitude of this reverse-bias voltage decreases, the depletion region width also decreases, and eventually the transistor stops behaving as described in forward active mode. At this point, the transistor is said to be in saturation, because increases in base current \$ I_B \$ are not reflected as collector current \$ I_C = \beta I_B \$ . In other words, the collector current has saturated at some value below \$ \beta I_B \$.

Some notes about transistor operation in saturation: 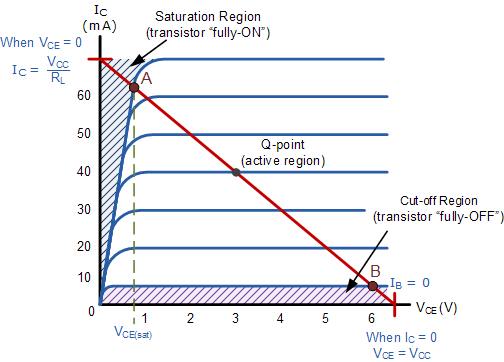 The definition of a discrete saturation threshold voltage is called "piecewise-linear analysis," and is usually a great first pass tool in circuit analysis or design.