Ask Question
Asked 1 year ago
Active 1 year ago
Viewed 69 times
0
\$\begingroup\$
Closed. This question is off-topic. It is not currently accepting answers.

I have this Bosch hot glue pen. It has an annoying habit of turning itself off. I guess it's probably intended to be a safety feature or a battery saver, but really it's just a nuisance. 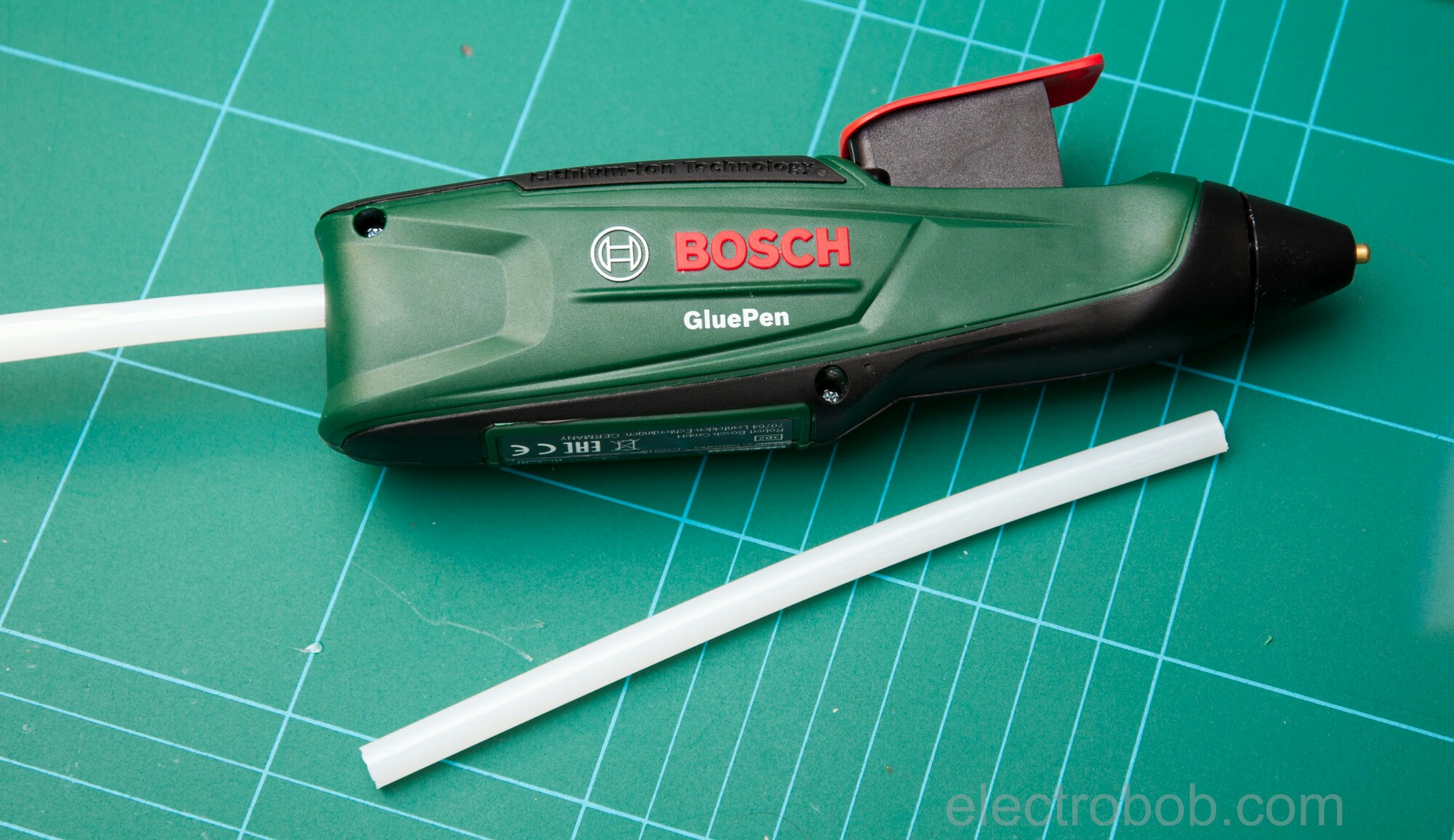 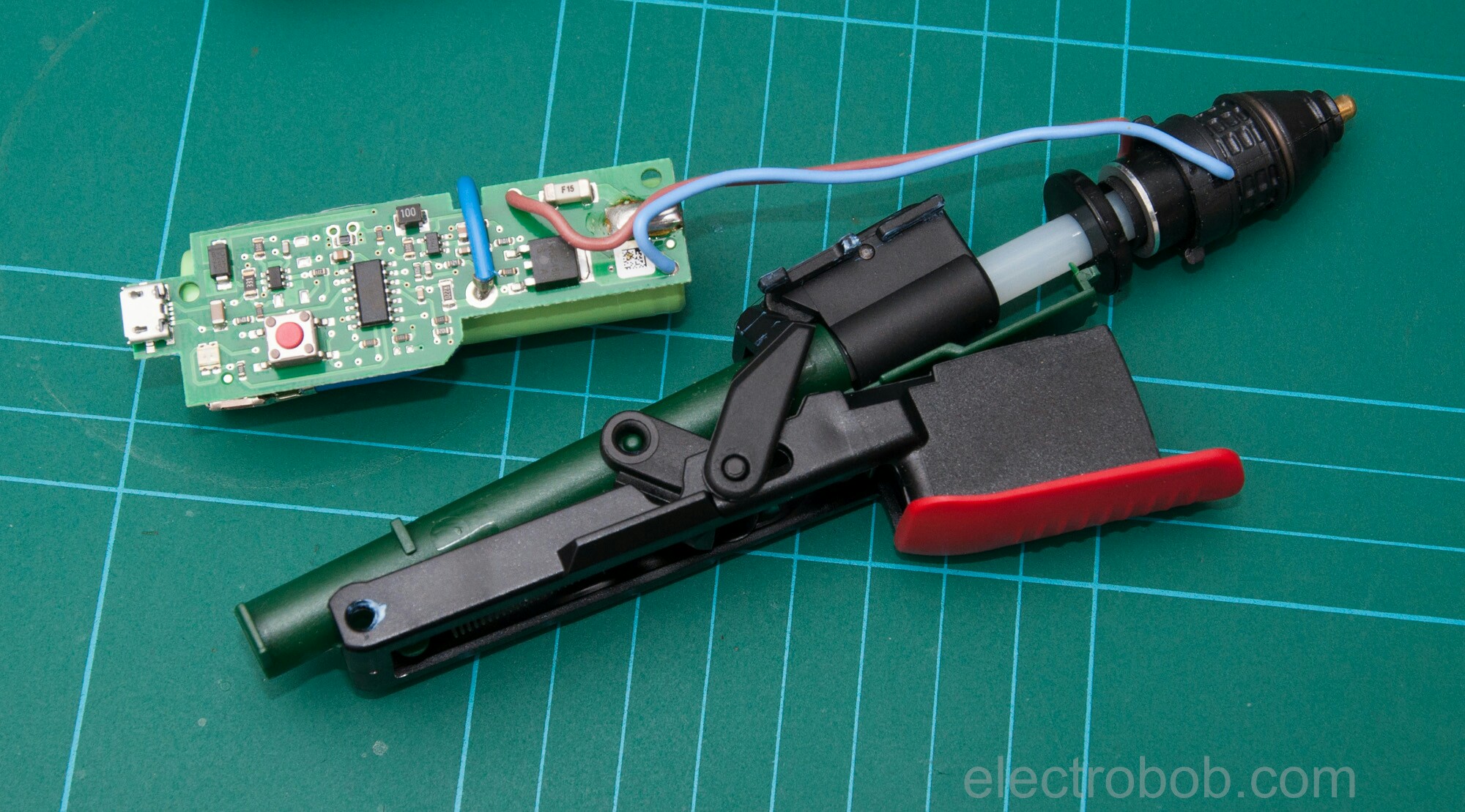 Can I modify the circuit to bypass this functionality? I want it to stay on, until I switch it off manually/by hand. 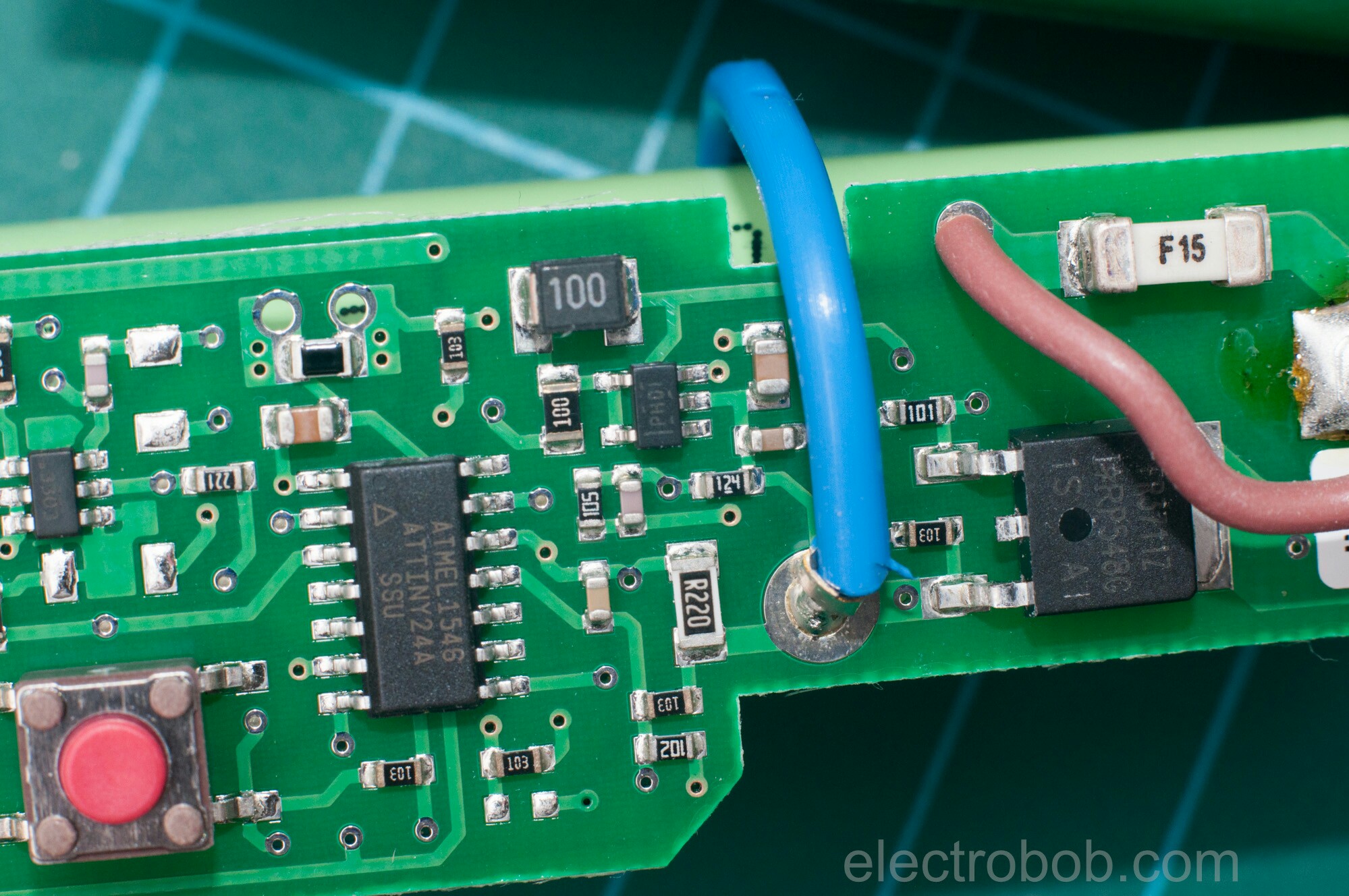 That 14-pin IC on the PCB is an ATTiny24A, which is an 8-bit AVR microcontroller. The entire device, including the auto power off feature is undoubtedly controlled by the program that MCU is executing. In this case, your only hope for disabling the automatic shut-off would be to change the program on that MCU.

If you had access to the source code, disabling that feature would probably be a quite simple change. But since you don't, you would probably have to reverse engineer the circuitry and its behavior and create your own program from scratch if you wanted the pen to work without turning off automatically. Fortunately the circuitry looks quite simple, and the operation of the MCU is probably very simple as well, so this wouldn't be that hard as these sorts of projects go, but it would still be a fair bit of work to eliminate what sounds like a pretty minor nuisance.

It's possible, but highly unlikely, that you could use the microcontroller's programming interface to read out the existing binary program, then edit that program and load it back onto the MCU, but you'd be editing not just assembly, but assembly that has been disassembled from binary, which makes the task a lot more difficult (or at least a lot more tedious). This is not likely to be a viable option because the MCU likely has its memory protection fuses set, meaning that you cannot read out the program without erasing the entire MCU. It's also possible that the manufacturer has disabled the programming interface, in which case you would have to replace the entire IC in order to do anything with the circuitry. (Not all MCUs support disabling the programming interface, I'm not sure if this one in particular has that feature or not.)

One thing to note is that there's no obvious temperature feedback, so I see three possibilities:

You would need to reverse engineer the circuitry and/or observe the device's behavior in use to determine which of those is the case.

Presumably the timing restarts whenever that button is pressed, so I suppose you could add something like a 555 to periodically fake a button press. Details would depend on your ability to reverse engineer what is going on.

Not the answer you're looking for? Browse other questions tagged circuit-analysis circuit-design reverse-engineering or ask your own question.

2
Bypassing a polarity protection diode with a part of a circuit. Dangerous?
0
Capacitive Trimmer - Why is it full of silicone glue?
0
Is it safe to use MG Chemicals Nickel Conductive Pen on a surface exposed to hand/skin touch?
3
Help Understanding a PCB Circuit from Cordless Hot Glue Gun
0
Bypassing refrigerator door alarm piezoelectric buzzer