Why different SFs in LoRa are said to be orthogonal?

As orthogonality is an important characteristic in LoRaWAN but most public references just make a conclusion that different SFs are orthogonal. This confused me a lot and hope to make a clear understanding.

As @Chris Stratton show me in the link http://www.sghoslya.com/p/lora_6.html, I can tell different signal from different SF and BW combination. But I still feel there's a gap that why this suggest orthogonal? 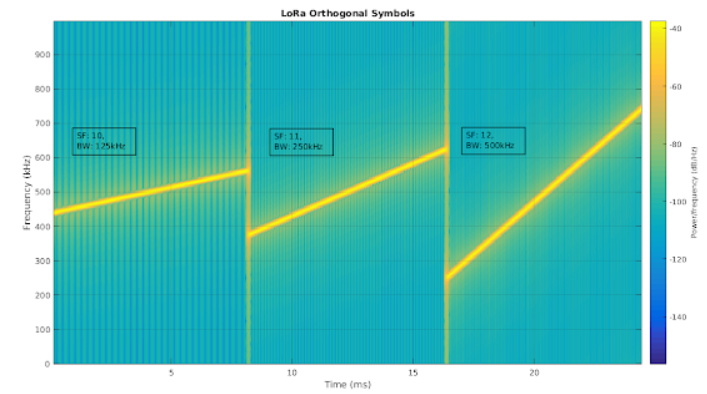 Also, in https://lab.dsst.io/slides/33c3/7945.html, the author suggested in page 80-83 the demodulation of LoRa. It leaves me the question that why up-chirp multiples the down-chirp result in a constant frequency?

I know from my previous study that the multiplication in time domain equals the convolution in frequency domain. So how does the de-chirp result make sense? 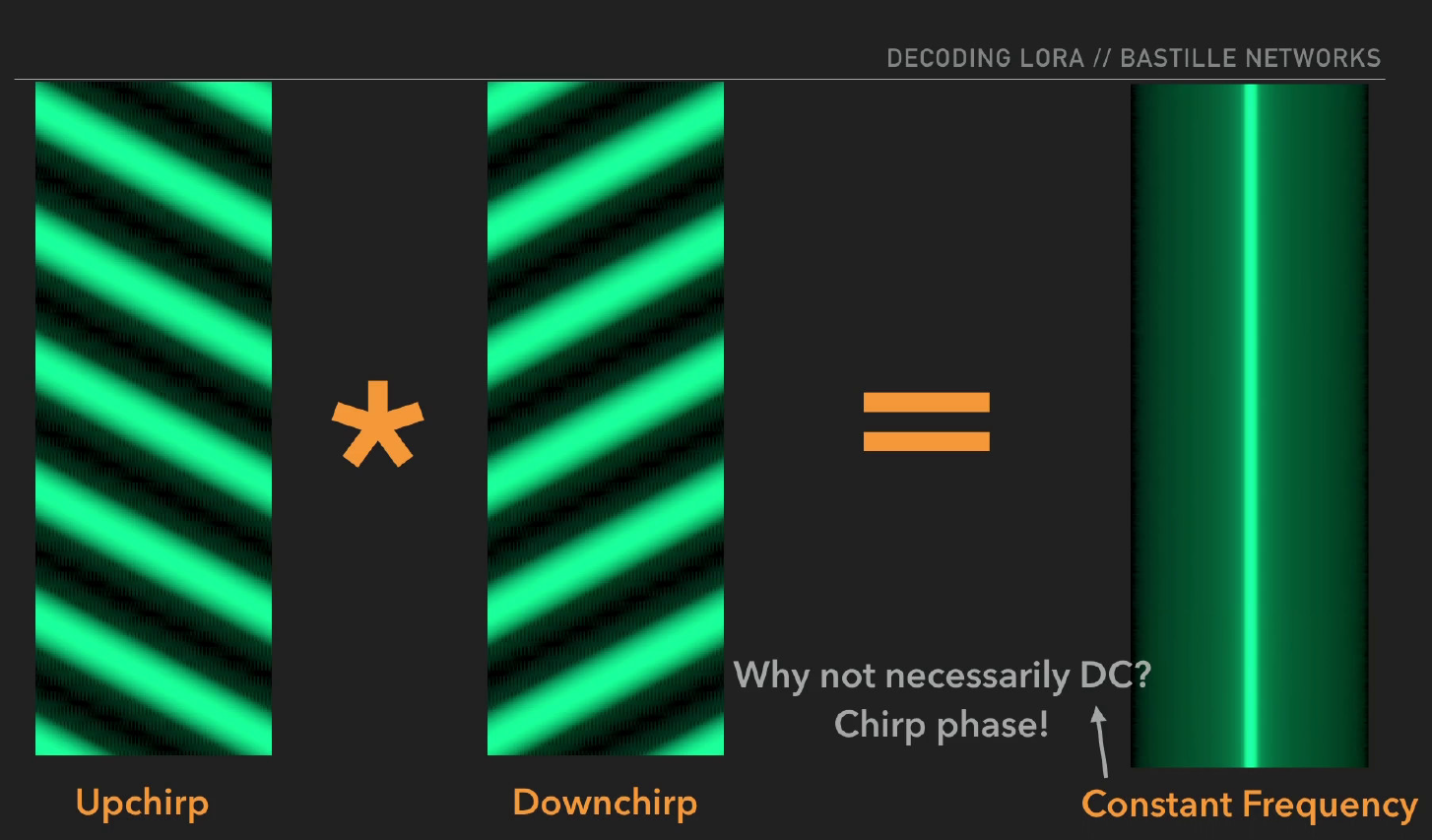 Thanks for @Neil_UK's kind suggestion: )

If you look at LoRa signals in the frequency-time plane on a waterfall spectral display, you will see a series of diagonal slashes which actually encode the data. The transmitter produces this, and the receiver has an algorithm which seeks to recognize something that looks like it, while ignoring anything that does not match the expectation.

A little web searching turns up a page at http://www.sghoslya.com/p/lora_6.html which seems to endorse this view; however it additionally points out that the bandwidth setting is also a factor determining the slope. And from that makes the argument that there are combinations of spreading factor and bandwidth which would have the same slope as other combinations, and thus not be as fully orthogonal from them.

It's worth noting that when near a transmitter, the on-air behavior of LoRa signals can be easily displayed with a a low cost "RTL-SDR" dongle, though this would not work so well for weak signals from a remote transmitter. But up close, you could actually take a couple of transmitters and queue up packets at the same frequency and time, but different spreading factors, and see how they overlap but don't really interfere on the waterfal.

Different Spreading Factors (SFs) don't just happen to be orthogonal, they are designed to be orthogonal. The fact that they are orthogonal allows them to be easily separated in the receiver, hence the requirement for this feature.

There are many families of encoding that are orthogonal, sinewaves with integer numbers of cycles in a period, and Walsh functions, are just two examples. These both allow information to be spread over frequency and/or time.

Not the answer you're looking for? Browse other questions tagged modulation lora spread-spectrum or ask your own question.