Would you please help me to know this IC. 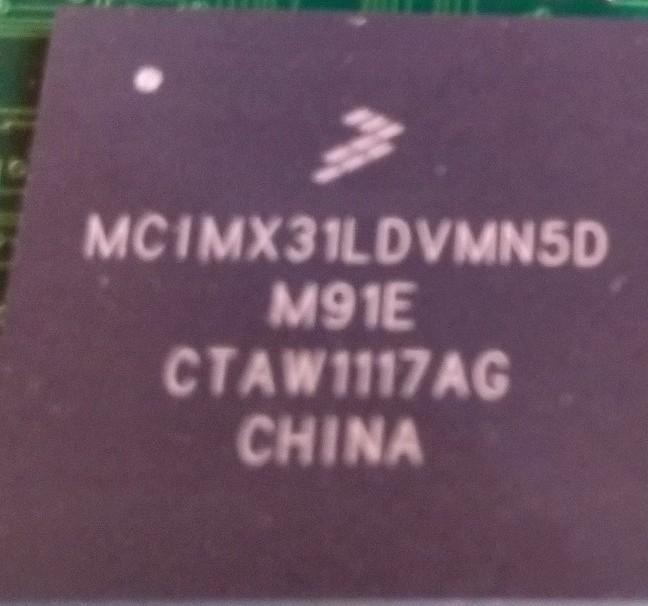 That is a Freescale i.MX31 "Applications Processor" based on an Arm11 core which apparently has some hardware image processing support.

You can read all about it on Freescale's website.

To an extent, figuring something like this out depends on having enough sense of what is out there to recognize which letters and numbers in the agglomeration are key, and then doing a search on those. So for example, in this case, knowing that "imx" was a processor family.

An "application processor" tends to be a step up from a microcontroller and differ by relying on external memories and often having an MMU. Architecturally it might not be that different from say a trailing edge tablet SoC, and sometimes can run a full operating system like Linux, but is generally much less powerful (ie, slower) and may often be used with a more compact embedded operating system or RTOS.

Not the answer you're looking for? Browse other questions tagged microcontroller integrated-circuit identification or ask your own question.