Where are all the multiplexers?

I am trying to implement a circuit where 2 SPI drives (basically two masters) speak to 1 slave. Both operate on a 3 wire SPI.

Keeping that in mind I was going to have the CLK and MOSI of both as inputs (4 inputs), and would need 2 as output. A 4:2 multiplexer.

Was going to use CS, or some other signal to act the select signal to decide between which spi goes through.

Can't seem to find anything of the sort anywhere. Is there a different type of switch I should use?

edit: To make thing's clearer, the reason i would like to add a way of isolating the two masters is because one MCU turns on before the other by a couple of seconds. I am not entirely sure the default state for the MCU that turns on later. I would like to avoid the possibility where the second MCU tries to communicate whilst the first MCU is speaking to the slave device as they will both be share the same MOSI line.

CLK & SDA are I2C signals, not SPI. SPI uses CLK, MISO, MOSI,and chip select (slave select) to let the slave communicate. CLK, MOSI, and CS must be isolated to not drive at the same time. MISO comes from the slave and connect back to both masters. You can use two 74HC125, which is a 4-gate buffer, with each gate having an output enable. Enable one chip or the other to let the three signals thru to talk to the slave. Cost: 48 cents each. DIP and SMD packages, as low as 37 cents a chip. https://www.digikey.com/products/en?keywords=74hc125

If both masters are MCUs with plain GPIO, then simply connect /SS to such a port. Set the port as input, read the /SS line before initiating a transmission. If available, switch port to output and drive the line low, then send data. All that's needed is a single external pull-up.

You only need an external switch if one MCU has priority and is allowed to interrupt the other in the middle of transmission. If so, you can use 74HC125 or similar, as suggested in another answer. 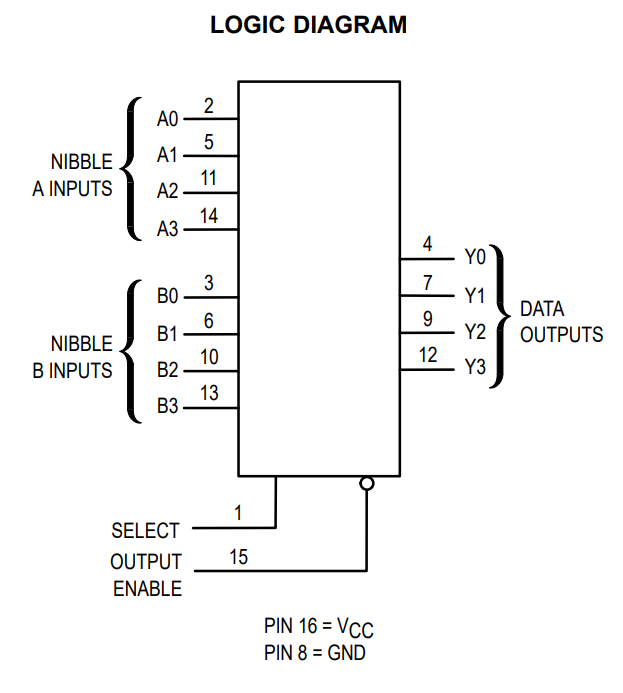 Not the answer you're looking for? Browse other questions tagged microcontroller switches spi multiplexer or ask your own question.