I have attempted to make this board below at home. Applied negative photoresist paint, left to dry for about 4 hours each side over a radiator, applied a double layer tracing paper with the artwork on each side (4 sheets of tracing paper total), exposed it outside for 25 minutes for each side (cloudy winter day in Europe), developed with washing soda + water, etched with an unknown ratio solution of HCl + H2O2.

At first the solution was 2 : 1 of HCl 37% : H2O2 3%. I have etched a PCB in it fine, loosely put a lid on its opaque container and let it sit for a week. Then I have attempted to reuse the same solution about one week later but it would not etch. Poured some H2O2, nothing, poured some HCl, still would not etch, then poured a bit more H2O2 and it did its thing, but slower than the original solution.

In the picture below the is missing copper and some of the copper is a bit stained. 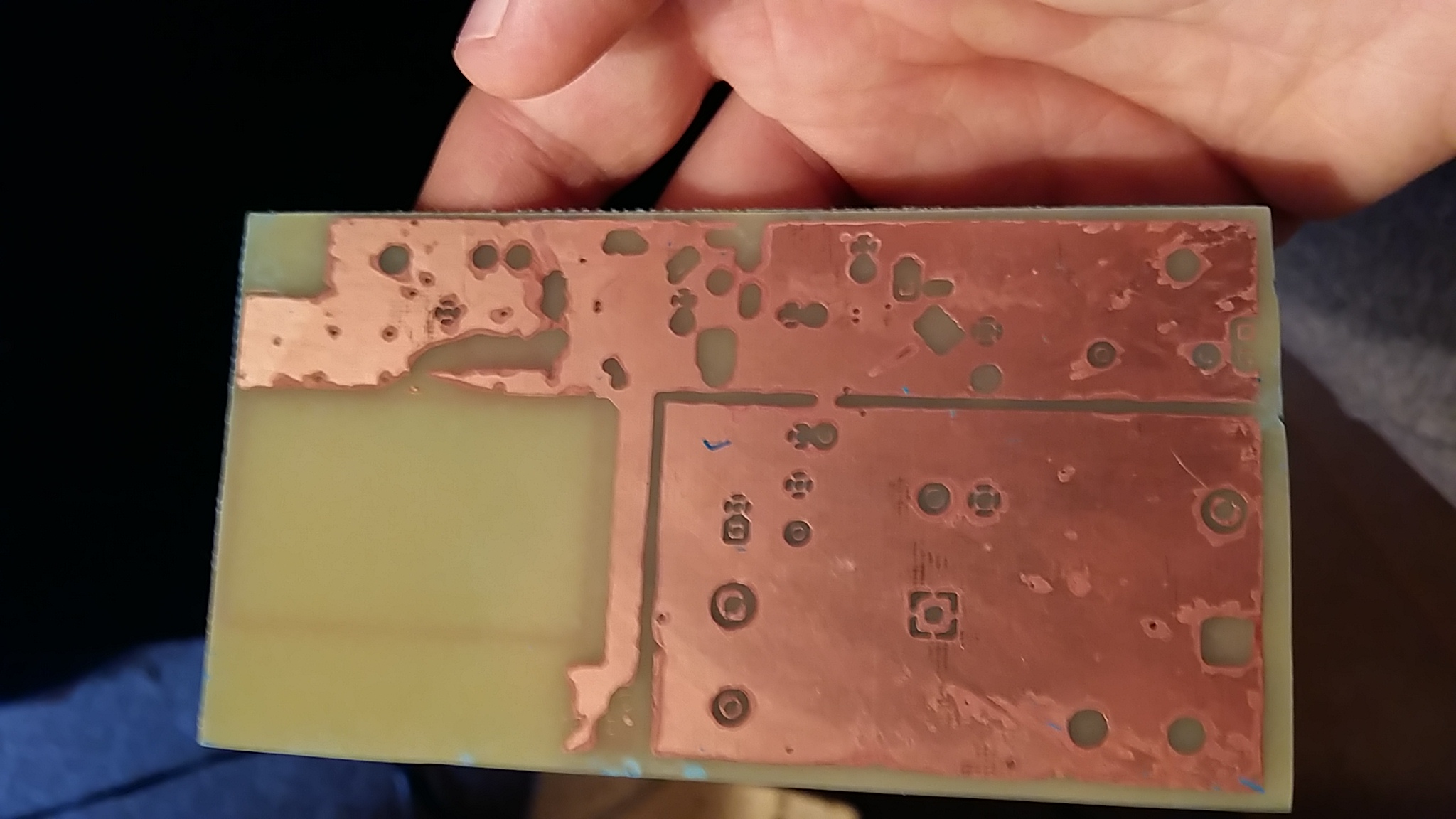 In this second photo the far side looks OK, but the near side has lots of missing traces (towards the middle of the board). 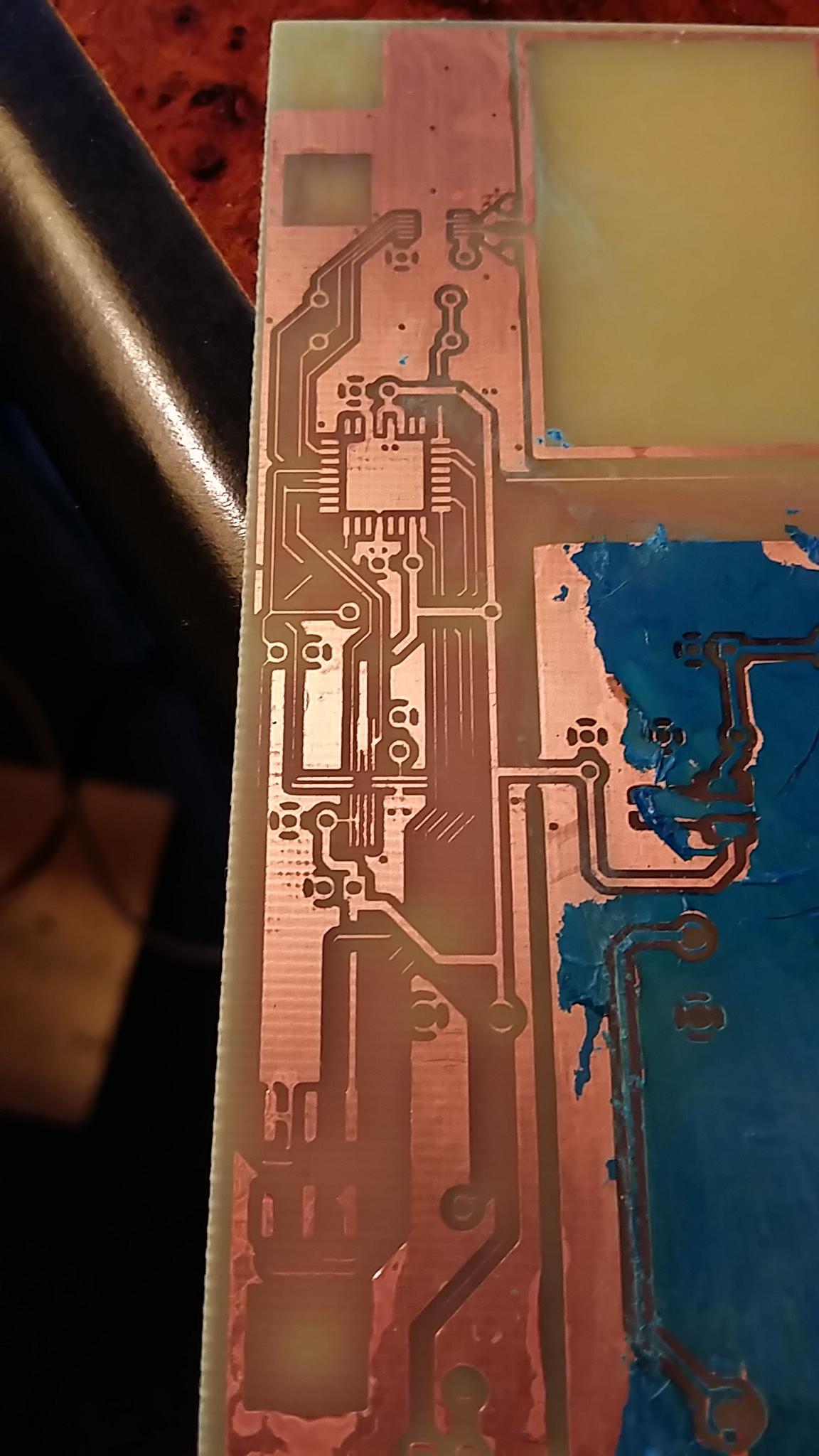 It's hard to get the process to work if you have many variables creating uncertainty:

Use a consistent light source, and experiment with different exposure times. I mount a cheap 10W 395nm LED COB 20cm from the PCB, and expose for 30 seconds per side.

Are you sure that the paint is applied evenly and without defects? Is the thickness repeatable? Dry film photoresist is easier to apply. Presensitized boards are even better.

etched with an unknown ratio solution of HCl + H2O2

The peroxide decomposes on its own, as you have noticed. I use ferric chloride, as it's still usable after months.

I've tried that too. It works, but the edges lack definition compared to transparencies.

Not the answer you're looking for? Browse other questions tagged pcb etching or ask your own question.