Ground plane: is there a tool to identify choke points of a fragmented copper polygon in Eagle?

As they say a picture says a thousand words. Consider this extreme example: 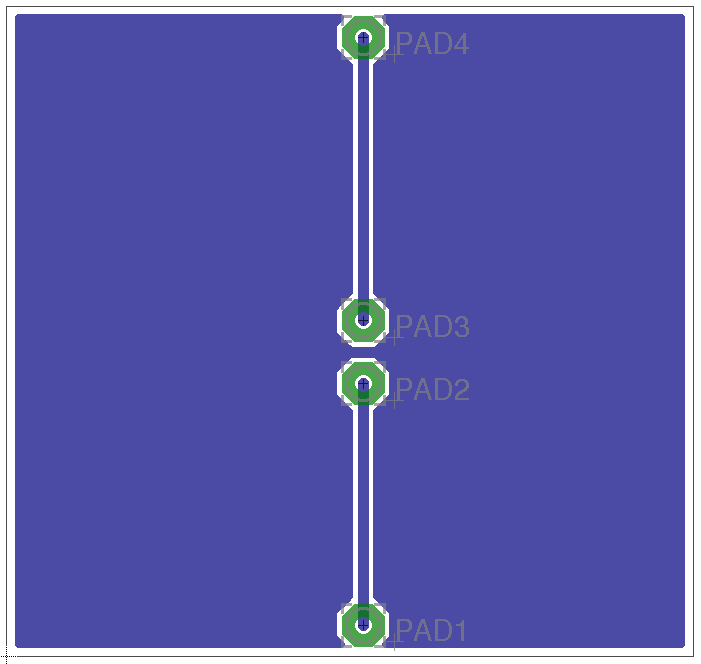 You have this copper polygon (a ground plane), but due to other signals routed on the same layer, the polygon comes to a choke point (the "strait" between Pad2&3).

I assume this makes it a suboptimal ground plane (comment if I'm wrong).

Is there a tool in Eagle to identify such problematic choke points? (I'm using Eagle 5.11).

For the example it is trivial to see it visually, but the actual board I'm worrying about is much more complicated and it's hard to identify anything by just looking at it. The tools tells me it is bad though, because I had to stitch the GND planes (I have one on both top and bottom, it is a 2-layer PCB) with dozens of vias to avoid empty areas with no copper. In terms of the frequencies involved, the PCB is a mostly digital device that has a few micros, some at 16 MHz, one at 200 MHz.

One way to do it that comes to mind is to temporarily increase the isolation parameter on the ground polygons, and recompute the fill - it would separate on the choke points and probably airwires would emerge, but I don't think this is a particularly elegant way.

If your PC has a virus, it's best to nuke from orbit and rebuild it clean. Messing around looking for this and that, and hoping you've got everything, just isn't worth it.

Similarly, if you've turned your ground into a lace curtain by routing tracks through it, stop. Stop. Take a step back, several in fact.

If you're going to use a ground plane, keep it whole. Route nothing through it.

You may need to add an extra layer to your stackup. Have you used power planes? They are almost always a waste of time and real estate. Ditch the power planes, and use those layers to move connections out of your ground plane.

If you have too few layers to dedicate one to ground, then don't use a ground plane. Use a ground grid on two layers, Manhattan style. This gives you a consistent way to get 'very good' ground and tracks systematically from anywhere to anywhere without cutting things up.

Not the answer you're looking for? Browse other questions tagged pcb-design eagle pcb-layers ground-plane tools or ask your own question.